The Legend of Zelda: Majora’s Mask 3D Review – Stick it to Skull Kid One More Time 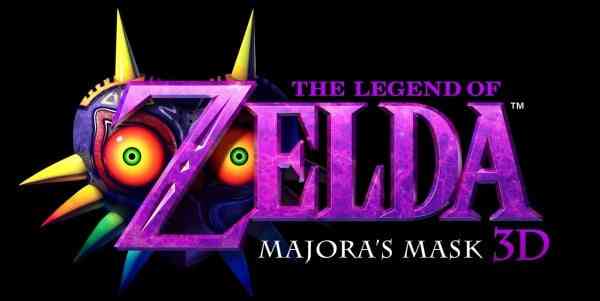 Thinking back, Majora’s Mask stands as probably my most nostalgic Zelda game that I have played. The honest truth is that it was the first Zelda game that I had received as a kid when it was brand new. I had played Zelda plenty of times before that, owning most everything save the NES titles; but there’s something to be said about cracking the seal on a brand new videogame that just gets a child wound up. That coupled with the hugely unique Zelda experience offered by Majora’s Mask for the past me, and current me, which sets off fits of insatiable Zelda ecstasy. At this point I feel like I should clarify that I’m still talking about the game, not a stripper named Zelda.

The Legend of Zelda: Majora’s Mask 3D is obviously not a new title, rather a remake of the N64 classic. While going over every little detail would be good fun, most who read reviews of this kind have likely already played the title in previous years. Majora’s Mask 3D features a number of graphical and interface changes which have helped to make the game more inviting for players, because let’s face it, Majora’s Mask was pretty dark, intimidating, and at times a downright scary game. But hey! You get to transform into cool Zelda races like the Zora, Goron, and Deku so there’s that. 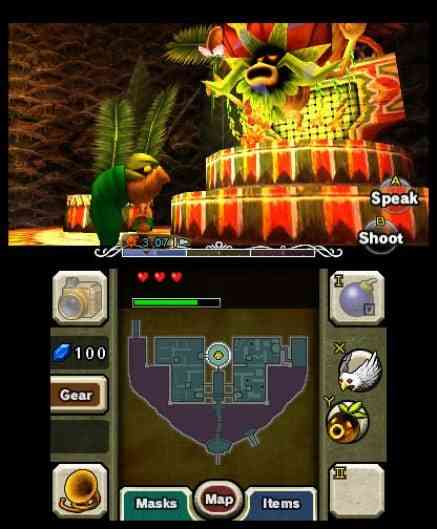 For those who aren’t in the know, Majora’s Mask is one of the most unique games in the series, and for good reason, it features a three day timer that slowly ticks away as you go about your business. If the clock ever gets to zero the moon comes crashing down and its game over. But therein lay the hook! To prevent the ever impending “Doom-Moon” from destroying the world, you simply play the Song of Time on your ocarina to reset your three days. This is not without consequences though as by doing this you not only reset time, but every event you’ve completed in that time. You’ll also lose your replenishable items (Bombs, Arrows), but important things like your bow will be retained.

With this whole time thing established it’s important to note that the game gives you a couple ways to play with time and have it work to your advantage. There is the aforementioned Song of Time which allows you to reset time, but there are also two other songs; The Song of Double-Time and Song of Inverted Time. The Song of Inverted Time is unchanged from its original form on the N64 which was to slow the progression of time by half, giving you more time for bigger tasks such as dungeons. The third song, Song of Double-Time has seen a change for the better though. In its previous form you when you played it time was simply moved forward to the next day or night, jumping in big “chunks”. Its new iteration is much more useful, being able to send you to any specific hour in the future. Gone are the days of waiting for an event to start; simply play the song and go to the particular time slot you need!

The most notable, impressive, and flat-out helpful change made to Majora’s Mask 3D is the Bombers Notebook. If Mask transformations were the heart of this Zelda title, then the Bombers Notebook would be the brain. With the vast majority of Majora’s Mask’s content coming in the form of time specific events, it becomes quite the task trying to remember the specific time of day, the day it occurs on, and where it occurs for each event. The Bombers Notebook makes all of this much easier. Each person you meet throughout your adventures in Termina will be recorded in your notebook. Important information regarding these people will be recorded as well; such as requested items or tasks. The book won’t go as far as telling you how to complete each quest before you’ve done it, but after you figure something out the book will record the time period when it occurred. This is incredibly helpful for quest lines that are extra-long and may not be completed before you are forced to reset time. This is also a great way to simply redo a quest line you really enjoyed. Notebook quests are sorted by completion, with sections for completed, incomplete, and rumored events. Another neat new feature added to the Bombers Notebook is an alarm. This alarm can be set for any point along your three days to remind you of an upcoming or currently happening event. 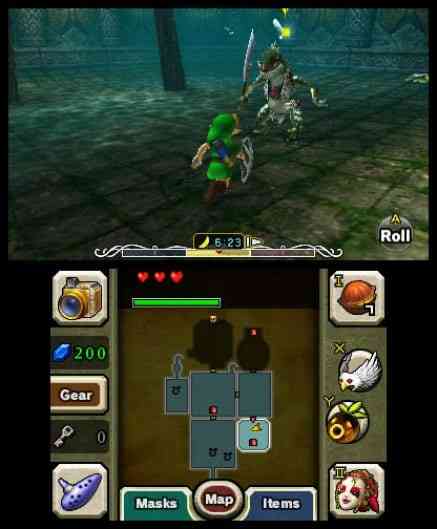 Not surprising are the changes made to your inventory and UI. Zelda games have been making great use of the touch screen on DS machines since Phantom Hourglass. With Majora’s Mask being the follow up title to Ocarina of Time, a large amount of its changes are from its successor. Both masks and items can be assigned to either one of two shortcut buttons (x and y), or one of two shortcuts on your touch screen. This is an improvement over the original, having four quick command buttons up from three. The map has also gotten a visual update as its larger, clearer, and in shiny 3D.

There are some notable changes made to some locations in Majora’s Mask 3D. The first one that you’ll notice is that the position of the bank has been changed. Instead of its old location in West Clock Town, it’s been moved to South Clock Town behind the clock tower, and across from the new location of the owl statue which has been moved as well. In addition the game has gotten an upgrade in the form of new fishing holes, a feature that was previously found in Ocarina of Time, but not the original Majora’s Mask. Each fishing hole features a different environment which can be better traversed depending on which mask you throw on. The fish you catch in each region change as well.

Locations aren’t the only thing that are shaken up a bit. The bosses of each temple have had a minor tweak made to them. In a bid to make the objective for each fight more clear, the intro clip that is played when you first enter the dungeon boss room clearly shows off a big “eye” on your target. While convenient, this almost feels a little bit too “hand-holdy”. Perhaps I’m being a stubborn old fool, but I see no good reason why the old bosses need to be changed like this. Part of the fun of the Zelda series is to figure out how to beat the boss. It was a sort of final puzzle in the dungeon if you will. I’m all for making intimidating games more user friendly to appeal to wider markets, but this was a step too far and a bit of a slap to the face of the Zelda faithful. 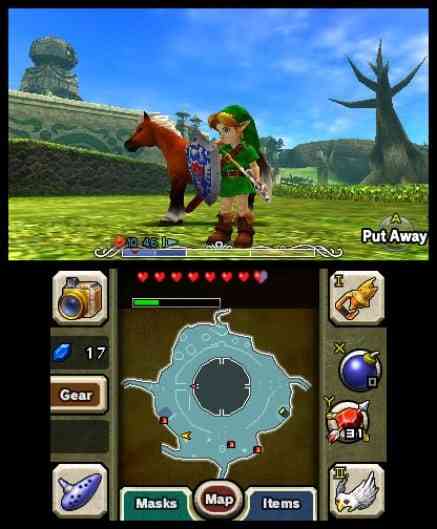 One of the most prevalent features of Majora’s Mask is one that is still used to describe the game to this day. It was the first Zelda game to take a truly dark and ominous tone from beginning to end and because of this it is widely agreed upon as being one of the most unique games in the series. Its eerie atmosphere comes from both equal parts visuals and sound. Termina is a place where nothing seems like it is how it should be. Everything is in distress; people are panicked, weather is disastrous, monsters are everywhere, and above all else the moon is falling. And if that wasn’t awful enough, even though you make a difference for the people you do help, you’ll always be forced to reset time in the end and have all of your hard work be reversed; all of your good deeds undone. It’s a truly unwinnable scenario.

The music in Majora’s Mask feels a lot more like ambiance in some cases, which plays off of the games already emotional tones. It keeps thing slow, sad, and mysterious. Not everything is depressing though, as the game features a number of lighter scenarios with lighter music to match. The main theme of Clock Town is as upbeat as anything but as things get toughs it will slowly get grimmer as time passes. As for the visuals, they strike and impressive balance of dark and colorful. There are many bright colors in the land of Termina, yet everything feels drowned out and sorrowful. A lot of that has to do with the lighting and sky colors. These environments make a change for the better when the evil has been purged from the region though, so clearing the main story has an incentive beyond simple progression. In terms of the visual improvements, you’ll find textures have been refined as has the overall detail in the game. Things look sharper and much cleaner and colours are brighter. As for the 3D effects, they are great, and I would expect nothing less of a first party title given how long the 3DS has been out and they get a grasp on the hardware.

In short, Majora’s Mask 3D is a wonderful and faithful remake of the N64 classic. While it takes a misstep or two, even if those missteps were made in the name of making the gameplay a little more user friendly, you definitely shouldn’t skip this title because of them. I highly recommend this remake for anyone who may have missed the original, or who were simply too young to have played it. And for those who were around to play the original, I encourage you to revisit this gem in its newfound 3D glory and stick it to Skull Kid in his big dumb moons face. “Yeah that’s right moon, I’m talking to you. You don’t scare me…much”

***A code was provided by the publisher for review purposes***

Next Life is Strange: Episode 1 – Chrysalis Review – Faces Come Out in The Rain
Previous Dying Light Review – Don’t Mind the Biters… Just Drop Kick Them in the Face