Life is Strange: Episode 1 – Chrysalis Review – Faces Come Out in The Rain

When I first watched the trailer for Life is Strange I was beyond excited. Episodic distribution, choice-based gameplay and you can rewind time!?! Yes please! However, after entering the world of Life is Strange, I realized it’s something that isn’t truly comparable to say, Telltale’s Walking Dead or Quantic Dream’s Heavy Rain. Instead, Life is Strange portrays something unique that allows for it to stand apart from its comparable competitors.

We are first shown Max Caulfield, our main character, witness a massive tornado destroy a lighthouse amidst a dark and stormy chill-inducing atmosphere. Suddenly, Max wakes up in her classroom during a lecture from what seems to have been a vision. She says something along the lines of “I didn’t fall asleep” and “that sure didn’t feel like a dream”. We then see the classroom’s dynamic with the typical pretentious bully, depressed victim, and famously respected teacher. Trying to recover from the absurd vision she had, Max heads to the bathroom after class only to find out that she’s gotten into one of those “wrong place at the wrong time” situations. Basically, a hot-headed guy storms into the bathroom followed by a blue-haired girl and have a heated conversation. After a brief power struggle, he pulls out a gun and shoots her. This causes Max to abruptly and unknowingly use her time reversal ability landing her back in the classroom in the middle of the lecture she just went through. This time, however, she prevents that shot from ever occurring and ultimately saves the blue-haired girl (which we later find out is Max’s old best friend), Chloe Price, who she hasn’t spoken to in five years. 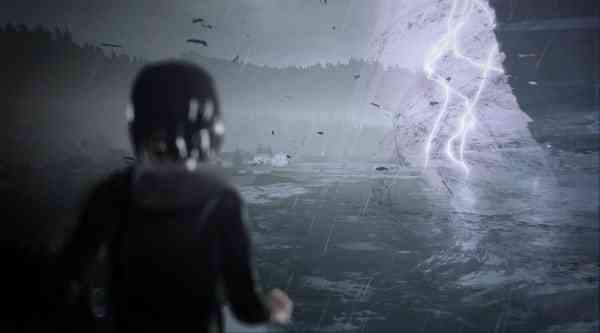 Recently returning to her hometown of Arcadia Bay, Oregon after residing in Seattle with her parents for five years, Max attends the renowned Blackwell Academy. Max is a senior high schooler whose shy, keeps a low key, a bit of a nerd, and has talent in photography. Throughout the game Max rekindles with her old best friend Chloe, has a little male admirer, learns about a missing girl that most knew at her school, and realizes the changes that occurred during the five years she’s been away. Not to mention, the high school life is jam-packed with the stereotypical cliques but also other more realistic, relatable, and worthy aspects.

There’s a range of different types of students noticeable by their body physique, clothing, ethnicity, and even just the way they interact and converse. Meanwhile the dialogue in the game does depend heavily on teen lingo/slang that I feel actually worked for the better. Yes, at times it is cringe-worthy with the exhausted F-bombs, the slang “hella”, and even calling an electronic device “tasty”, but it is pretty on point with what I experienced in high school (whether that’s a good or bad thing, I’m not sure). I mean, there’s a part where Max says “are you cereal?” and Chloe responds with “wow, haven’t heard that one in a while”. Even the various viewable objects like posters, graffiti, journals, texts, interacting with characters and things that trigger Max’s internal monologue are entertaining. This includes the pretentious bully displaying “Be the change you wish to see – Gandhi” outside her dorm room. Hilariously ironic isn’t it? It even goes as far as mentioning the movies Akira, Twilight Zone, and Final Fantasy: The Spirits Within.

Overall I feel the dialogue captured what it means to be a teen using absurd and overused lingo. It’s aside from the fact that it’s identical to what you have used or are using, but instead portrays the awkward, rebellious, and all-knowing views of the teen. On top of that, the environment holds a great amount of importance in the enjoyment and full appreciation of the game. In my first playthrough, I didn’t pay much attention to my surroundings and focused primarily on getting to the end of the episode. Even then, I still wanted to play through a second time, but actually viewing all the objects I could find and interacting with the various characters really made me appreciate the detail and effort put into the game. The focus isn’t merely just on the story itself, but also on each individual character you encounter. 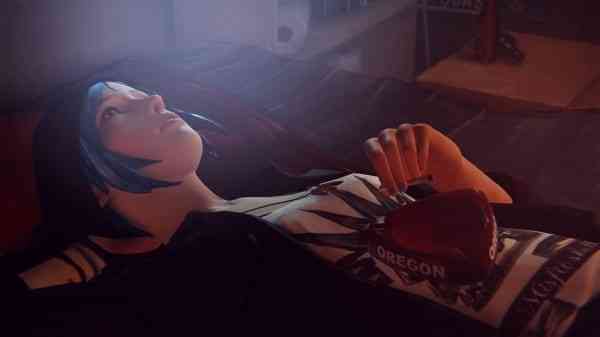 You solely control Max throughout the episode and while gameplay greatly consists of interacting with her surroundings, the ability to make choices that have consequences and rewind time are key features. By choosing certain choices, additional dialogues could appear in a future event and affect the way the story progresses. Whenever you choose an action that will affect future events, you’ll see a reminder that reads “this action will have consequences” which puts more weight on the actions you choose. Meanwhile, rewinding time allows you to reattempt, alter, or prevent a certain sequence with a click of a button. So, instead of choosing an action that you regret and are forced to continue, you can just rewind time to choose another available action. In other sequences, the first action you choose gives you some information so that when you rewind time a new action becomes available based on the info before the rewind. While it’s fun and all, you can’t rewind time to the ends of the earth. You are only allowed to rewind time at a set interval, so you can’t rewind back to a choice you made an hour ago or in a different area. A nice little feature is that you can fast forward through sequences you’ve previously experience so you don’t need to go through every detail again due to rewinding time.

Max’s ability to rewind time gives you a new way to approach the choice-based adventure genre that is straightforward and enjoyable. I was initially letdown by the average of two actions to choose between in events, but found that exploring and rewinding time gives more meaning to those choices and sometimes opens more of them. There were also sequences that I didn’t expect rewinding time could be utilized in the way that it was. Hopefully we see Max’s rewinding ability expand in future episodes and unravel its origin.

Visually, Life is Strange has a dream-like haze to it that works in its favour. It’s a relaxing world to be in, but can quickly switch to a dark one when it wants to. The lighting and detail for rain and smoke is superb and definitely some of the best I’ve seen in a while. However, there is a horrible issue with the lip-syncing in the game that ruins the experience especially at a supposedly intense moment. Hopefully an update to patch the issue will be released or at least gets resolved in future episodes. 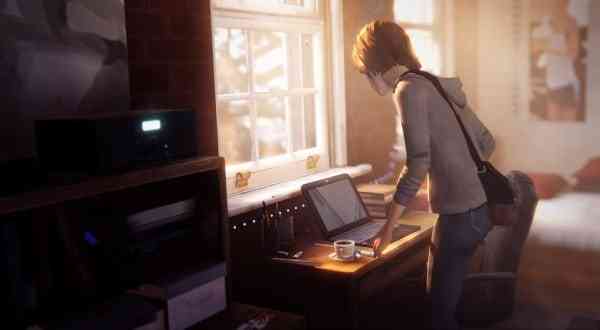 Surprisingly, the music accompanying the game not only gives your ears a treat, but also adds to the whole atmosphere of Max’s world. Memorably, when Max walks through her school hallway listening to Syd Matters’ “To All of You” – I was completely entranced by a song that perfectly suited her. Although not created for Life Is Strange, the licensed songs chosen to sooth our ears could not have been better. Voice acting is another great aspect that really gives each character a unique charm and personality (especially with all that teen lingo!).

Life is Strange holds something unique – a sort of nostalgia and reflection of reality. While at times the stereotypical teen life is overplayed in the dialogue, the characters and Max’s world grew on me. Even in a short span of an episode, I felt the pains, struggles, and happiness of the characters and inevitably wanted to learn more about them. Life is Strange is presented in a package that, at first, might not seem like much, but once you delve into its world you’ll see how much more it offers. With a $5 price tag, there’s no reason to pass Life is Strange up. Unless, that is, you’re aiming for the season’s pass.