If Diablo and the tower defence genre got together for an awkward one night stand, Deathtrap would most likely be the result. If you’ve played NeocoreGames previous releases such as The Incredible Adventures of Van Helsing I and II, then you’ll feel right as home. Deathtrap is a tower defence game where you also control your hero Diablo-style, except there are tons of deadly traps you’ll use also use.

Once you choose your hero you’ll be fighting through the 13 included campaign maps, but because the campaign has so few areas, you’ll start to become accustomed and familiar with them quite quickly. You’ll be replaying them repeatedly for the experience points, loot, and challenge since they can be played on different difficulty levels. Choose from one of three classes; Sorceress, Mercenary, or Marksman. Each have their own sets of abilities and their play styles are vastly different, so you can find a class that suits the way you like to play and branch from there with their unique skill trees and abilities complete with a level cap of 100 and more than 50 skills.

I initially thought that Deathtrap was going to be slightly overwhelming since you need to manage the traps alongside your character. Luckily this isn’t the case and even in the later stages, there are some interesting mechanics to help with this balance of player and trap gameplay. Throughout the map are Ink portals that when used, can teleport you to any of the other Ink portals, so traversing the map one end to the other isn’t that daunting and honestly, not needed if you placed your traps strategically (unless you’re playing Hard difficulty).

On the map you’re able to see the portals that the enemies flood out of and also their predefined path to get the safe area that you need to guard them from reaching. Traps are only placeable on specific tiles that are predefined, but to build traps you need Essence, and while you start off with a small amount only able to build a few in the beginning, you’ll gain more Essence for enemies you kill, allowing you to build more traps or improve your already created one in between waves.

Since loot only comes after you finish the stafe, you’re given the ability to eventually craft new armor and weapons once you find new blueprints, but again, since you only get these at the end of stages, you’ll need to do some serious grinding to get the materials needed to make these newer items. Since you don’t get loot from enemies during the stages, this means you also don’t get new potions either, so if you’re low or out of health potions, you need to wait until in between stages to purchase more to try again. 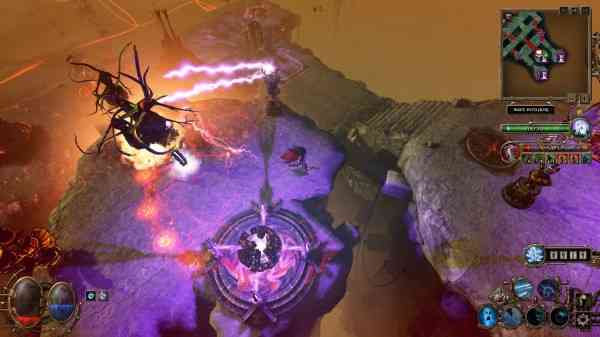 There were two features Deathtrap has that stood out as big bonuses. First is the inclusion of a level editor along with Steam Workshop integration to make things easy to find and download from friends and others in the community. The level editor is simple and easy to use and the only complaint I have with it is that you don’t get any experience, loot, or gold from them (for obvious reasons).

Secondly, certain maps will have hidden chests that you can collect for some extra loot, but there’s a catch. You can see where they are on the map, but they’re usually in a far off corner well away from the lanes that the monsters take to reach the safe zones, so there’s a risk versus reward factor in play. You also can’t get the chest until the beast guarding it is slain, but you can only do so during gameplay, not in between waves during the trap setup phase. Even with these extra chests, the loot flow isn’t nearly enough to progress your character in leaps and bounds.

If you finish the campaign quick and don’t feel like grinding endlessly, you can play some 4 player cooperative gameplay where your character progression will continue as normal, just as if you were playing the campaign. The enemies’ power and numbers seem to scale based on how many players and their respective levels also. These maps have more portals and more lanes, so you’ll need to work together to not only cover specific monster paths, but also coordinate who’s placing traps and where so that you know your weak points. I found cooperative mode a lot of fun but if you get a player that isn’t pulling their weight, you’ll notice it quite quickly and have to make up for it. 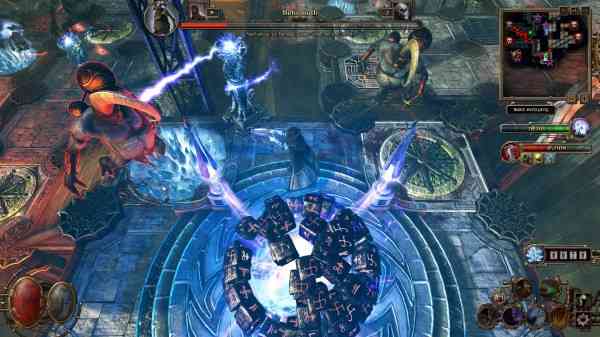 There’s also a versus mode where you can take on another player, though instead of a PvP clash of hero versus hero, it’s setup as attack and defend turns. Playing as defence is essentially just like playing single or cooperative mode like normal, but if you’re playing the attacker, things are quite different. As the offence, you control the hoard of monsters and can take control of any monster on the field, use unique abilities to slow down and weaken your foe, or even mess with their traps.

For a small developer, I was quite impressed with the graphics. Sure, it’s not going look like Diablo III, but just a quick glance and I doubt you would have guessed it was an Indie game. The level design does have a lot of detail to it, and the characters are passible, but that’s about as much praise I would give it. As for audio, the music fits the dreary tone of the game, but there’s not a lot of variety, and the few lines of dialogue in the game do little to pull you into the immersion.

There are some issues I had though throughout my playthrough that should be noted. At times the controls will work without issue, but every so often your character will seemingly refuse to attack. In a game where you need to kill enemies as fast as possible so that you can move onto another lane, this becomes an issue. As my Mercenary character who fights in melee range, there were numerous times where my character would keep running from target to target in a large crowd of enemies rather than attacking one after another. Getting out of a mob of enemies to retreat and heal up can also be challenging at times, as sometimes it’s not an issue, and others I died because he would rather attack then go to where I clicked. Lastly, the game doesn’t seem as if it’s fully optimized yet. I have a powerful gaming rig that can run the latest games and the game can seriously chug at times when there are a lot of enemies and traps on the screen at one time.

Entering the tower defence genre is extremely difficult. So unless you have some new or interesting mechanic that sets it apart from the thousands of others your game is dead in the water. Fortunately this was not the case for Deathtrap. I was pleasantly surprised and had an enjoyable time playing with multiple characters and building their skill trees to suit my play style. Without the cooperative mode, I would have been done with the game quite quickly, but being able to play with friends and strategize in the harder difficulties is worth the price of admission. 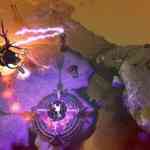 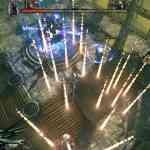 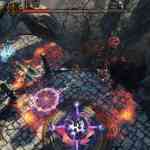 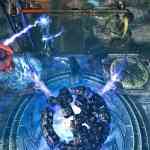 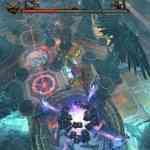 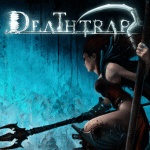 Next The Escapists Review – An 8-Bit Shawshank Redemption
Previous Life is Strange: Episode 1 – Chrysalis Review – Faces Come Out in The Rain