The Escapists was a great indie hit that released earlier this year, so to up the ante Team17 has teamed up with Skybound and combined their open ended puzzle solving gameplay with the gritty and popular series The Walking Dead. The Escapists: The Walking Dead has you playing as Rick Grimes as you do your best to survive not only each passing day but you must also try to keep the rest of your group alive while figuring out how to complete different objectives. Just like in the comics and ultra-popular show, Rick is the leader of the group and he must figure out a way to reach safety in each of the games scenarios.

You’ll happen upon familiar faces such as Michonne, Glen, Maggie, Hershel, Tyrese, and more during each level as you try to avoid walkers and keep everyone alive, if possible. The game follows the comics more closely than the show, so don’t expect to see Daryl or other TV-only characters, but because there is so much parallel with both the show and comics, you can expect to visit some familiar backgrounds such as areas like the Hospital where Rick awakes from his coma, the Greene Farm, the Prison, Woodbury, and even all the way up to Alexandria. The locations occur in order as they did in the comics and show, and even those who only watch the TV show don’t need to worry about spoilers, as the game’s final stage is Alexandria. With a total of 5 areas, it may seem like a small game, but there are many objectives for you to fulfill if you really want to get your money’s worth rather than simply rushing to complete each stage.

The Memorial Hospital Rick awakens at doubles as the tutorial stage, teaching you the basics and core mechanics that you’ll need to master as you progress from each scenario. It’s not just about Rick’s survival either, as he needs to keep his group safe as best as possible. For example, if Hershel dies in the Greene Farm stage it’s instantly game over. Each stage becomes increasingly difficult with the solutions to the main puzzles becoming less and less obvious as you progress. The Farm’s main objective, for example, is very straight forward as you need to clear out the barn to escape the area, much like in the comics. As soon as you make it to the Prison though the difficulty drastically spikes. 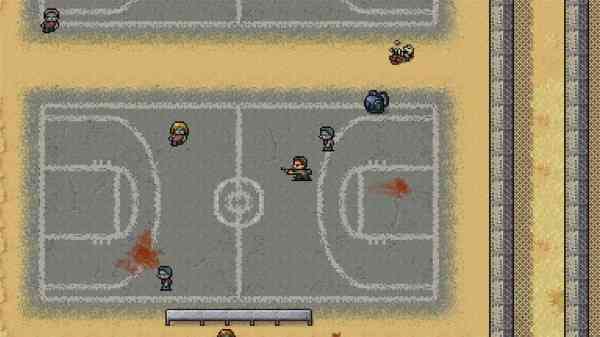 Just like the original game The Escapists, you’ll need to make use of the crafting system to create new items so that you can solve the puzzles and progress further in the stage. On top of surviving, you’ll need to make sure you’re doing your community chores, attending meals, and being present at head counts. Failure to do so increases the risk of walker invasion, so make sure you complete the necessary tasks to keep your group safe for another day. It’s a silly reasoning to essentially ‘force’ you to do these daily tasks, as a walker invasion is the last thing you want, but they need to be done.

Between these mandatory objectives though you are completely free to explore and roam as you please, and doing so will eventually become necessary as you hunt for crafting components or weapons for your group. You’ll also be able to take on side quests from the other survivors, and if completed it will net you some coin, which in turn can be used to purchase items and components from vendors that appear outside of the safe zone at night time. It’s a tricky balance of risk versus reward if you’re desperately trying to find a specific item to complete the main objective the next day.

The tutorial teaches you the core mechanics of the game, but after that you’re essentially left on your own, as there’s very little help, if at all, in the remaining stages. The only types of hints you will find are some crafting notes that explain that combining item A, B, and C will craft a new item. You can experiment and see what will combine, or even accidentally stumble upon what works together, but it’s more a process of trial and error. Many of the items don’t seem to be all that ‘logical’ either, so you’ll want to find these crafting notes to better explain what items combine with one another. As easy as the crafting process is, once you know the recipes, you’re going to have a tiresome time doing so since you’re only able to carry a handful of items at a given time, including your weapon(s). So while you know you need specific items, you’ll have to run back and forth to the areas that you kept them for safe keeping, that is if you don’t also get interrupted by roll call, meal times, or chore time.

“Even though I’m a massive Walking Dead fan (both the TV and comics) I only somewhat enjoyed my time with this game due to its randomness and forced duties that hinder exploration and experimentation in long bursts.”

The same goes for the side quests you can optionally take on. For example, maybe Hershel wanted his bar of soap back that a walker had (I know, absurd). Not only do you have to explore and find the walker that has his bar of soap (and killing zombies is no easy task, especially without backup), but the quest giver also somehow magically knows where the item came from. I managed to find a different bar of soap in a drawer somewhere. Naturally I tried to hand it in for my quest but Hershel was having none of it. He wanted HIS soap, which a specific zombie had in its pockets, not the clean one I managed to find. It’s silly reasoning like this that started to put me off of the game slowly.

As I played I started to notice more issues as time went on as well. For starters, it’s almost as if the game sometimes doesn’t want you to succeed. Most items in drawers and backpacks that can be found scattered throughout are completely randomized. So while it’s an interesting way to keep each play through refreshing and new, sometimes you simply won’t be able to find that one item you really need to use to craft, no matter how much you explore and scavenge.

If you simply want to rush through each stage and reach the objective, you’re not going to have a great time with The Escapists: The Walking Dead. This game is meant to be played in a particular manner: slow, methodical, strategic, and with patience. No matter how many times I tried avoiding spending a lot of time crafting and doing side quests, you’ll essentially need to learn to be efficient with all facets of the game if you want to succeed in the more challenging levels. There are even ways to exercise, increasing Rick’s strength and stamina that will also require some time management on top of all the other tasks thrown at you. 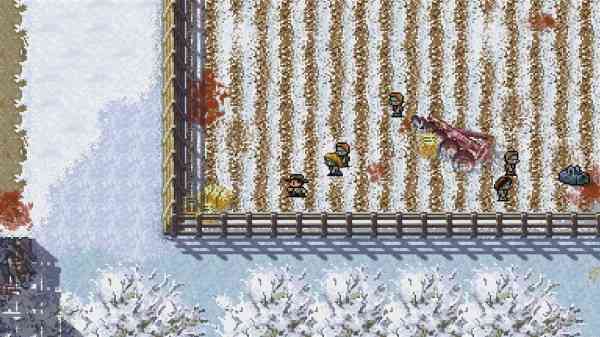 Maybe it’s a play on the ‘survival’ aspect of The Walking Dead theme, but there is absolutely no handholding or help system in this game at all. With no way to get hints, you might not remember that you need to create ladders so that you can get into air vents, or even how to craft said ladders. It can become quite frustrating when you don’t know what to do next, or when you do but then are interrupted with the ‘required’ head counts and other daily aspects.

Visually, I really enjoyed the old school 8–bit pixel graphics with the top down camera. It really does look and feel like it could have been a game in the NES era. While you won’t always be able to tell whom a person is by their pixels alone, each character will have a nameplate above their head when you get close.

It’s clear that the bulk of the game is a re-skin on top of the original Escapists game, especially since you need to chores, be present during head counts and mealtime, but that being said, these tedious events seem to somehow fit into The Walking Dead backdrop. While I wasn’t a fan of the resource management and crafting system as a whole, due to frustration and lack of hints, those with patience and who love experimentation will no doubt see hours pass by as they try to survive one more day to find that one item you’ve been searching for. Even though I’m a massive Walking Dead fan (both the TV and comics) I only somewhat enjoyed my time with this game due to its randomness and forced duties that hinder exploration and experimentation in long bursts. 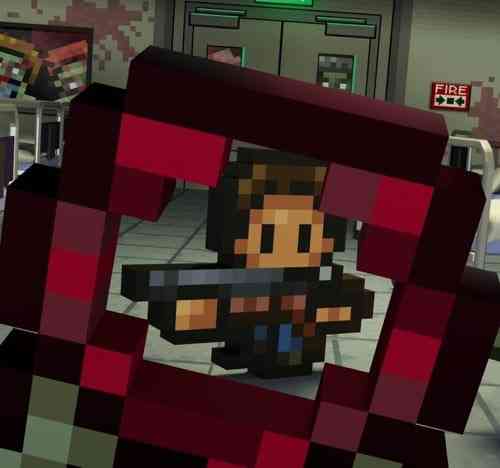 The Walking Dead: Saints & Sinners Chapter 2 Announced for 2022
Next System Shock Enhanced Edition Review – Improving on a Cyberpunk Classic
Previous Chibi-Robo! Zip Lash Review – Charging Up an Old Series for All to Enjoy