I really wanted to love The Crew. When I first heard about the fusion of racing with RPG style upgrading it intrigued the hell out of me. This CaRPG, as a member of the dev team referred to it, sadly falls short of its own lofty expectations. While I still enjoy parts of the game my enjoyment is dampened by some things that prevent it from hitting top speed.

You play as Alex Taylor, voiced by Troy Baker (whose talents are wasted here), a man framed for the murder of his own brother by a con and a dirty FBI agent. Ten years after Alex’s incarceration another FBI agent, Zoe, offers him his freedom if he infiltrates the 510 car/street gang and brings down his brother’s real murders. The infiltration involves doing shady things in cars all over the country for some really bad people. That’s it, that’s all. If this sounds like a low-rent version of Fast and the Furious to you then you’d be on the right track. Essentially it boils down to the fact that yes there IS a story but NO you won’t really care about it. It gets in the way of what you’d rather be doing and that’s racing cars. Now I realize it’s hypocritical to say the story gets in the way of the racing when I state that I was intrigued by the CaRPG idea but the story is clichéd and acted out so piss-poorly it ruined that for me. 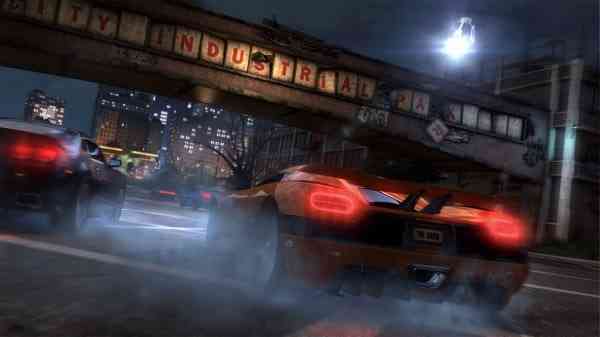 As for the racing itself it has some really solid high points no doubt but some low points along with it that can nearly ruin the experience altogether. Starting out your vehicles are horrible which is to be expected. They accelerate like tanks and handle like an ostrich in an ice rink. Luckily with upgrading both your driver level and car levels via a plethora of activities and skills it doesn’t take long for your cars to get better. The problem is that the levelling, while damn near constant, feels empty because there’s no noticeable improvement as you do it. Cars can level from 1 to a staggering 1299 by winning and purchasing car parts but the increments in which you improve are small and make the changes impossible to really detect. As an example, if you upgrade your car from 600 to 630 you won’t be able to pin point what’s better or if it’s actually any better at all. Flat out, 1299 is too much. When levelling up your with your driver xp you’ll be able to spend perk points which can definitely add up if you max out certain categories. They range from better braking to map guides on checkpoint races and more. I felt they had more of an impact than the mini perks of levelling up your vehicles bit by bit.

Of course speaking of cars, it’s one thing you won’t see enough of in The Crew. The number of actual cars for purchase is fairly minimal in comparison to other racing games. Due to the scope of what the game is attempting to accomplish though I kind of gave this a pass. For cars you purchase you are able to unlock different versions of them too but every car doesn’t always have every spec open to it. You’ll buy a full stock version of a vehicle and have options of Street, Dirt, Perf, Raid and Circuit available to upgrade them to. Each spec has its pros and cons of driving and you’ll always want to adjust your car (which you can easily do on the fly) to the most appropriate for whatever your task might be. Now I can handle the limited number of cars but they are damn near impossible to afford to actually buy. You earn very little in terms of ‘bucks’, the in-game currency, while you play and some vehicles are in the million dollar price range. Unfortunately the EA Ubisoft solution to this is ‘Crew Credits’ which, after getting gifted 100,000 of earlier in the game, become micro transaction currency. Ubisoft makes the cars so unaffordable with bucks that it almost entices you to pay the extortion fees for crew credits to get vehicles sooner. This is one thing that I choose to make a stand on and say I’ll pay for games, I’ll pay for quality add-on content but I refuse to pay for things I can unlock for free… even if they make it near impossible to do so. 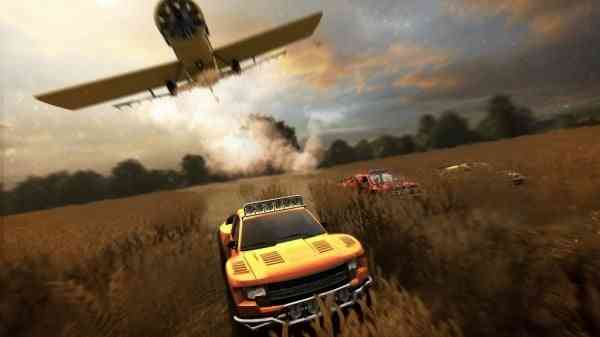 Now I mentioned the ‘plethora of activities and skills’ and that’s true. In the crazily condensed (and geographically incorrect) map of the continental USA you’ll find so much to do that it can get downright confusing. There’s all manner of skill challenges from jumps, slaloms and speed runs to escape and race line tests. There are searches for data stations to expose challenges and key locations on the map and searches for car parts to assemble ‘hidden cars’. You can join a faction eventually and participate in faction vs faction PvP races and endurance drives. I could go on but suffice it to say that there’s a lot. As you complete various activities you’ll get car parts, driver xp, award points for meeting other challenges, faction points etc… which all adds up to too much of a good thing. The Crew could benefit by simplifying things just a bit as it all gets convoluted in a hurry.

When participating in some of the events the lacklustre AI programming comes to light in a big way. At first I just wondered if I really sucked at racing games but after doing some research I found that many others were having a lot of the same issues I was. For example, cops on escape missions come at you like they’re a junkie who just got 20 bucks for their next fix and you just bought the last 8-ball from their dealer. Or on chase and take down missions you’ll almost never catch your prey until the absolute end even if you drive to perfection… like a reverse rubber banding. With the game being online they offer no difficulty settings to make it easier either. After playing numerous events it started to feel like there was almost a designated countdown on these things where you wouldn’t be able to accomplish it until the clock strikes a certain point. I came back to challenges that I played earlier in the game with better cars and results often ended up the same. Perhaps this boils down to the whole ‘sucking at racing games’ things but I highly doubt it. 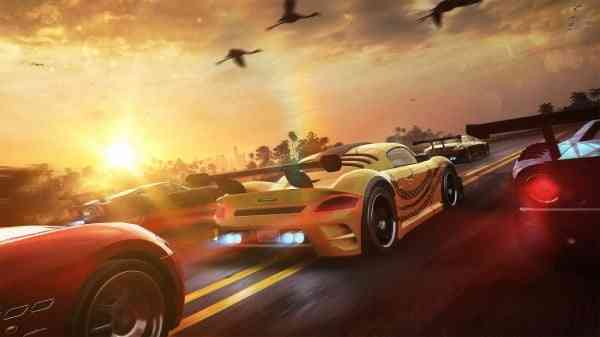 The big draw of The Crew is obviously its online component where you can team up with friends to complete challenges or just drive across the country with. It’s certainly fun but its lack of cooperation proves frustrating if not borderline game breaking at times. Approaching a mission and choosing to invite a friend to play co-op works well for the most part although I suffered from numerous freezes, never-ending load screens or flat out refusals to connect. When attempting to do actual PvP races from lobbies I only managed to connect a small handful of times and others I waited until the timer hit upwards of 30 minutes before I gave up. This is extremely disappointing to me because the 4v4 racing is what I enjoyed most about The Crew when I played it back at E3 this year. An always online game with a fully populated world of real people playing the game with an online connection system that doesn’t work… wait, what? Maybe this will work better after some sort of patch but if any component of The Crew was to be rock solid before this game released to the masses it’s this.

Now graphically the game is admittedly a bit muddy in the texture department but based on the size of the map alone I didn’t really expect anything different. The map is massive and while the cities don’t seem as populated as they could be the sheer variance of terrain from fields to mountains to landmarks and more is quite impressive. Loading up a Raid spec and barreling up the Rockies is a hell of a lot of fun to do. The cars all look polished mind you and playing around with the visual upgrades like bumpers and fenders etc. is enjoyable.

In terms of simply racing around the expansive map you’ll find you can have a lot of fun with The Crew, especially if you bring some friends and ‘crew up’. Unfortunately the onslaught of ‘too much of a good thing’ waters the experience down and with egregious connection issues and pay-to-advance micro transactions the shine dulls even further. It pains me to say it seeing as I had such high hopes but The Crew missed its mark by a long shot and just barely chugs over the starting line.

Cruise with The Crew Once More: The Crew 2 Coming Out on June 29th
Next Geometry Wars 3: Dimensions Review – Class is in Session, Grade is Awesome
Previous Metrocide Review – Sloppy Controls & Painfully Difficult, No Thanks