The Chant Review (No Spoilers)

Back in the 1980s, an Indian guru named Bhagwan Sri Rajneesh founded a commune outside the rural Oregon town of Antelope (less than an hour’s drive from where I live). Hundreds of followers came to the sprawling commune, attracted to promises of spiritual enlightenment, sexual freedom, and countercultural expression. Rajneesh himself was a little, shall we say, complicated. He was a spiritual leader, but he also had a fleet of gold Rolls Royce sedans. When the longtime residents of the nearby town started to freak, he tried to poison the locals by lacing salad bars with salmonella. I thought of the Bhagwan while playing The Chant. Cults almost never turn out well.

The Chant is a supernatural horror-themed adventure/survival game, set in the 1970s. It was a time when twentysomething boomers had given themselves over to various forms of New Age exploration. You play as a young woman named Jess Briars. She’s been invited to Glory Island by her friend, Kim. Jess is suffering some post-traumatic anxiety, and Kim figures Jess needs a bit of R&R and maybe a spiritual tune-up. What better mechanic than the charismatic Tyler Anton, practitioner of a pseudo-spirituality called Prismic Science. At first, Tyler’s little enclave seems like a benign collective of folks devoted to macrobiotic cooking and healing crystals. It soon becomes clear that Tyler has darker intentions. Or maybe it’s the Island itself.

Group chanting is a millennia-old tradition, but in this case, it opens up a portal to the supernatural dimension known as The Gloom, letting loose all manner of nasty plants, animals and other monsters that feed on negative emotions. You can probably guess that The Chant’s narrative revolves around Jess a) surviving, b) discovering the island’s supernatural secrets and 3) defeating Tyler…or maybe, a more unexpected enemy. Not all the game’s enemies are outside of Jess. Panic attacks and phobias need to be countered as well. 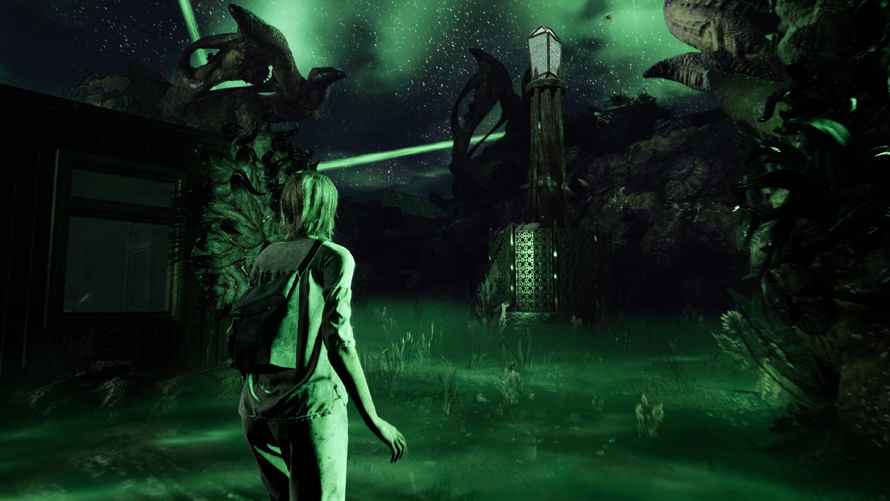 The Chant starts with a prologue that introduces the six main characters and the basics of movement, resource management, crafting, and combat. While Glory Island isn’t the largest-ever landmass, missions open up new areas, shortcuts and secrets, so the place feels plenty big. Like any good horror story, it’s obvious right from Jess’ arrival on the island that things aren’t what they seem. Cult leader Tyler comes off like a cross between Charles Manson and the world’s creepiest Bible camp counselor. A word to the wise: any community that makes you wear white robes and no shoes because the pain of walking barefoot is good for you, well…you might want to reconsider your life choices.

In keeping with the New Age theme, just about every aspect of crafting and combat in The Chant revolves around plants, crystals, and the intersection of mind, body and spirit. Mind, body and spirit, in fact, are the game’s version of RPG staples like health, mana and stamina. What’s interesting about the mechanics in The Chant is the way the player can balance them, using part of one to bolster the other. Of course, consumable plants like lavender, ginger and mushroom caps fill the three meters. Other botanicals like sage, mugwort and branches can be crafted into weapons. The Chant leans hard into its hippy-dippy theme, and it’s both refreshingly different and just a little bit forced.

Most adventure titles in the horror subgenre — like those by developer Supermassive Games — include some sort of action combat. Combat in The Chant does not rely on quick time events. Instead, main character Jess has a small number of melee and ranged weapons she can craft, plus the ability to dodge and kick. Her handheld weapons, like burning smudge sticks or bundles of mugwort, have light and heavy attacks. Each plant-based weapon is useful against specific enemy types. Finally, Jess can collect and use prisms. Each of the six prisms give her a special supernatural ability, like raising dead cultists or slowing time. 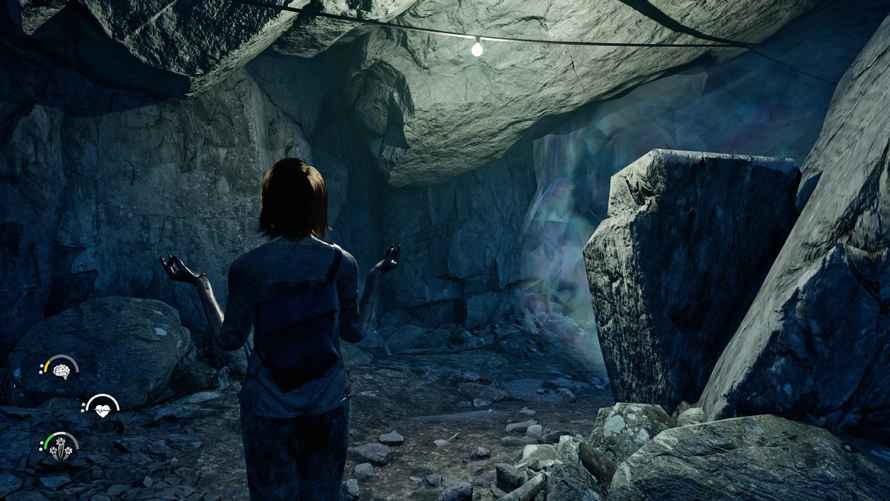 When it comes to performance capture, writing, and voice work, The Chant has some serious aspirations. Here, too, the end result is a mixture of success and limitations. It’s weird. Sometimes the performance capture nails expressive nuance and facial expression. At other times, character models look last gen, stiffly animated, and lacking convincing realism, especially when it comes to lip syncing. Given developer Brass Token’s team size and relatively limited budget, the result is quite good. The genre’s heavy hitters — Naughty Dog, Supermassive, etc. — are in a different league, but overall, The Chant’s environments and character models are in line with the tone, subject, and AA-production values.

The Chant is voiced by a team of experienced professionals. Their delivery is excellent, even if the script lacks nuance. Like many genre stories, The Chant is full of stock characters with fairly transparent motivations. I’m also not sure that, aside from the premise, the writers necessarily nailed the tone of 1970s.

The natural environments and distorted, psychedelic landscapes are colorful, but the game’s textures lack detail and richness. The Chant’s soundtrack veers between spacey, ambient backgrounds and tension-filled dissonance during the more disturbing, tense moments. 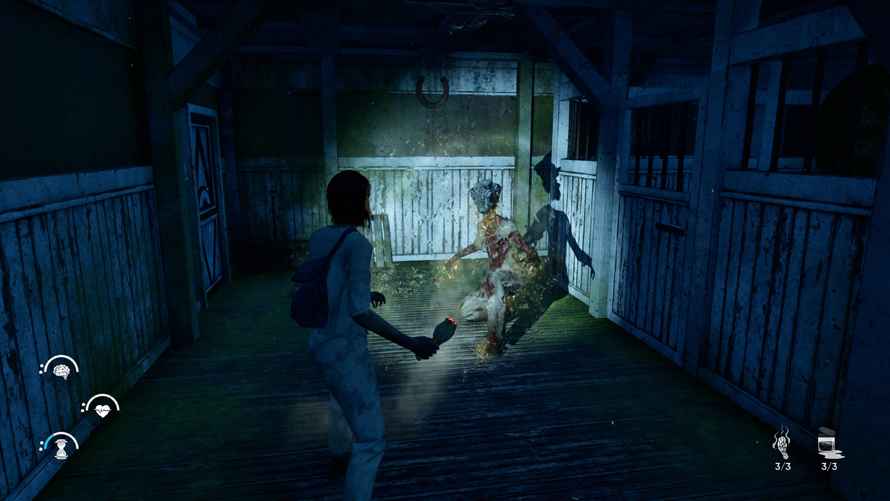 The Price of Enlightenment

The Chant has an intriguing premise and setting that set it apart from its cousins in the horror/action adventure sphere. While it doesn’t break any new ground with its mechanics or combat, and it’s definitely not very scary, its exploration of psychological states adds a bit of specific narrative color. Budgetary limitations in character models, lack of refinement, weak combat, and inelegant animations aside, The Chant is just unique enough to make it appealing to fans of the genre.