Damn it. Just when I got used to imagining a future of raging fires, disappearing coastlines, global pandemics and extreme temperatures I’m reminded by The Ascent that no, the future is going to be a cyberpunk nightmare of behemoth corporations swallowing everyone and everything into massive, hive-like warrens of indentured workers and lives of unmitigated desperation.

Remember when you first saw Ridley Scott’s Blade Runner and were captivated by the noire-ish yet colorful cacophony of advertising, neon and rain-drenched reflections? Now multiply that sensory overload by a factor of ten and you have an idea of what every frame of The Ascent — a new third-person action RPG — has in store.

The Ascent might restrict its fixed camera to focus on a relatively narrow slice of Veles, a dystopian, nightmarish world from which your character is trying to escape, or at least rise above. But above it, below it, at several distances around it, the camera reveals an environment filled with motion, from hundreds of people going about their painful lives, to hovercars and beckoning neon and infinitely tall piles of garbage and electronic detritus. It is perhaps the most densely imagined cyberpunk environment I’ve ever seen. 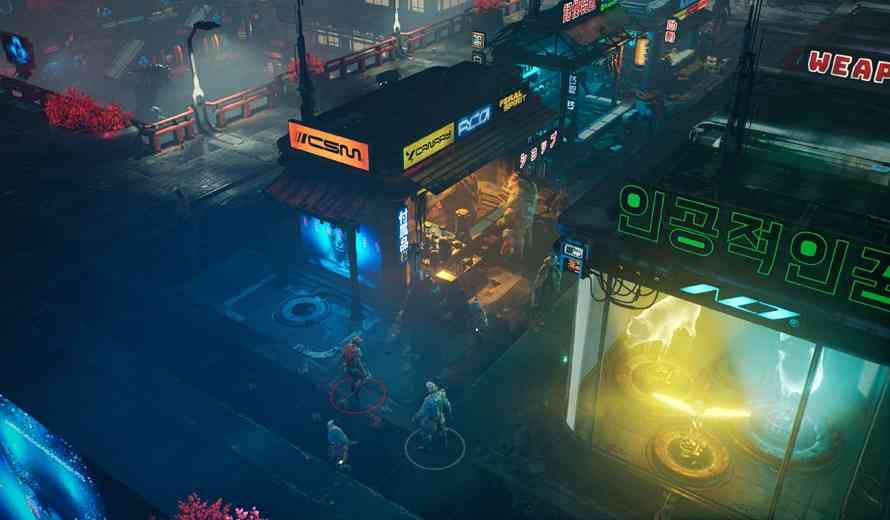 You play as an indent, short for indentured worker–basically slave labor–for The Ascent Group Arcology, essentially a massive structure that blurs the line between city-state, corporation, factory, prison, and low-income housing. When the arcology’s security and basic functioning is catastrophically threatened and your narrow slice of hell is shut down, you set off at the behest of a supervisor/mob boss to try and restore some balance and order between the various criminal and extraterrestrial elements of the district. Your main missions and various sub-quests come as you meet an array of Veles’ entertaining and always vaguely nefarious characters, in cut scenes that are surprisingly well written and voice acted. Surprising because The Ascent comes from a team of twelve.

The Ascent is not a roguelike, it is not procedurally generated and it does not have random loot drops, thank goodness. Instead, it is a masterfully crafted isometric looter-twin stick shooter, with carefully designed everything. From the maps to the weapons to enemy encounters, The Ascent defies so many indie game, now-standard practices and instead carefully curates the experience for maximum effect. Loot drops are plentiful and weapons, armor, and consumables can be bought, sold and upgraded at vendors. Additionally, your character has a long list of potential augmentations or special abilities that are on cool-down timers. The interplay of weapons, tactical gear, and augmentations is truly balletic in the heat of battle and everything can be switched out on the fly. Play the game with a four-member squad and the permutations of weapons and augmentations working in sync is amazingly entertaining, though in truth combat overall is probably the most familiar element of the experience. 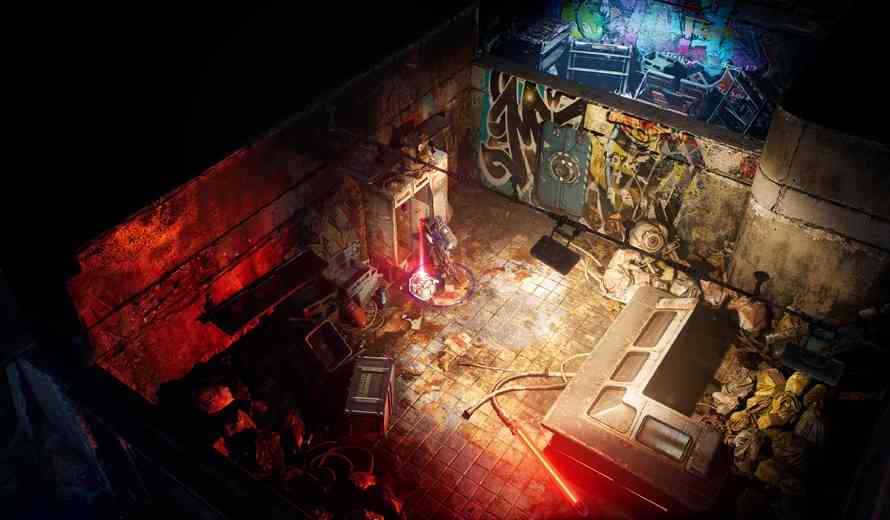 I died often as I inched through the campaign and a generous sampling of sub-quests. Checkpoints are relatively frequent and although enemies respawn, you keep whatever gear and loot you’ve acquired, making each attempt at little easier. Bosses can be a real challenge playing solo, and you might struggle through the first few minutes of the game until combat clicks, dodging makes sense, and using the game’s cover mechanic and high/low firing become second nature. The game-long progression of weapon and augmentation unlocks means that combat never ceases to feel interesting.

The Ascent exudes detail and dark irony, not just in the entertaining cut scenes but in the easily overlooked backgrounds crowded with motion, people, creatures, and incident. I watched one of a hundred nameless workers in a busy street. He stopped before a vending machine, struck it when it refused to work, then dejectedly moved on. He stopped at picked up something from the street. He lit a cigarette and stood for a moment, smoking, then walked on. During fire fights, passersby cower or run for cover, adding to the chaos of the moment. This kind of world building doesn’t happen by chance, but the result of obsessive attention to detail. Everywhere in the world, conversations happen in the background and disembodied announcers threaten the people with violence-laden platitudes. My only criticism here is that it is possible to experience a bit of visual overload and fatigue and The Ascent could use a little palate-cleansing empty space/down time now and again.

At least in the PC version of The Ascent, dialing in the optimal visual and audio experience is available thanks to a generous number of choices. For example, there are options for a large selection of audio playback devices and a spatial audio/headphone setting called “Indent Mode” which places the player in a vertiginous surround of ambient noise, music, weapons effects, and voices. It is almost overwhelming. Speaking of the game’s music, it is excellent: synth-heavy with echoes of Vangelis but capable of emotional range as well. 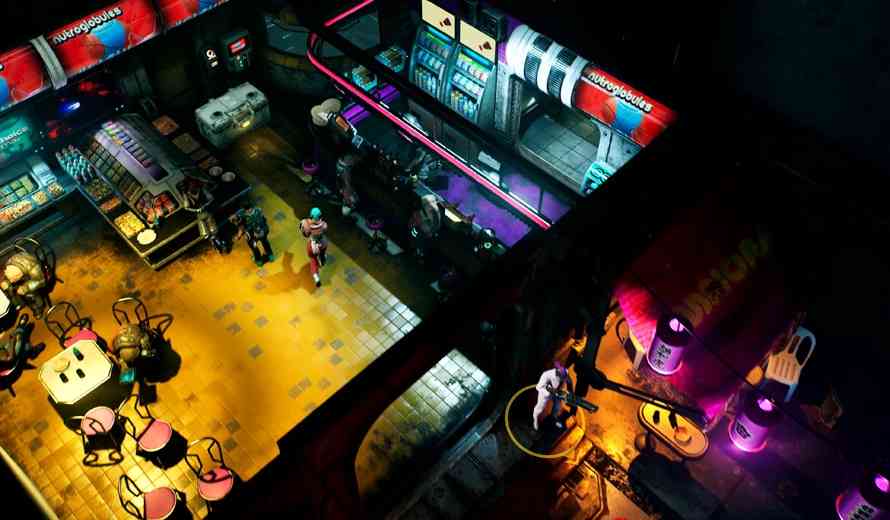 Setting aside it coming from such a small team, I think The Ascent is miraculous in a couple of ways. First, the detailed world-building, environmental storytelling, and atmosphere are maybe the best expression of the cyberpunk aesthetic I’ve ever seen in a game. Second, the developers have seemingly cataloged every annoying mechanic in RPGs and action games — from death to rapid travel to inventory management — and found a way to make them less onerous or disappear altogether. The Ascent is not an easy game, either mechanically or thematically, but it is completely engaging if for no other reason than to see into a very convincingly realized future.

***PC code supplied for review by the publisher***

Asterigos: Curse of the Stars is Souls Without the Dark
Next Observer: System Redux Review – Classic Cyberpunk Mystery Gets Marginal Makeover
Previous Alone With You (Switch) Review – Brace For Emotional Impact