Tempest Review – Fumbling at the Rigging

Tempest is an open world action RPG that had a lot of promise but in reality, it is like a ship lost at sea. You are a pirate with the whole world before you, free to align yourself with different factions, plunder ships, or fight sea monsters. While Tempest does have its fun moments, it is bogged down by shallow quests, repetitive gameplay, and a clunky interface.

There is very little story in Tempest, and it all takes place as text on screen. The optional tutorial doubles as the prologue: you defend your rightful inheritance of the Henrietta, the ship you inherited from your deceased father. The tutorial does a great job of setting the scene and showing you the ropes, and at the end of it, the Henrietta is sunk by a Kraken. Your beautiful ship gone, you start the main game with a smaller one and aim to recruit your old friends.

You sail around and pick up crewmates, but none of them have personalities. They are distinguished by the role they have on your ship, such as a shooter or a fighter. There are some story crew members that are described by a few sentences of flavor text, but that’s about it. This made everyone dispensable and hollowed out the game for me — if you lose a sailor in a fight, you can just buy another in a tavern for 25 gold.

“Tempest is an open world action RPG that had a lot of promise but in reality, it is like a ship lost at sea.”

The quests themselves are incredibly lackluster; they’re mostly fetch quests consisting of a text box telling you where to go. Port stops during quests get you a sentence or two on screen telling you where to go next, or tells you that nobody knows anything about what you’re looking for and tells you to check at another port. While you can manually sail from place to place and the high seas are tempting, I’d rather travel quickly and just get this bland quest over with, thanks.

The other kind of quests available are battles, which can also crop up randomly as you sail past other ships from other factions, encounter sea monsters, or raid forts. You can choose to engage, but it doesn’t tell you what you’re up against, so you’ll have to take your chances if you want to be the terror of the seas. Naval combat largely consists of you and the enemy ship circling each other like sharks in the water, firing your respective broadside cannons and then waiting for them to reload. Maneuvering is as important as firing as you must try to keep out of the enemy’s firing range while ensuring they are in yours. Your ship’s hull and sail can be damaged, as well as your crew. There are different kinds of ammunition for specifically harming each, which is great for mixing up strategy. Hit the crew if you plan to board the enemy ship, or focus on its sails or hull if you want to sink it from a distance. If you wish to board a ship, you pull up next to the enemy ship and the game will zoom in on both decks. While this would have been an excellent opportunity for the game to introduce strategic fighting, you have little actual control over your crew — they pretty much pick their own targets. You can also ram into other ships, but that is a sort of pyrrhic victory there. As the game progresses, you can get upgrades, such as mortars or magic crystals that shower meteors onto enemies or summons sea monsters to assist you. 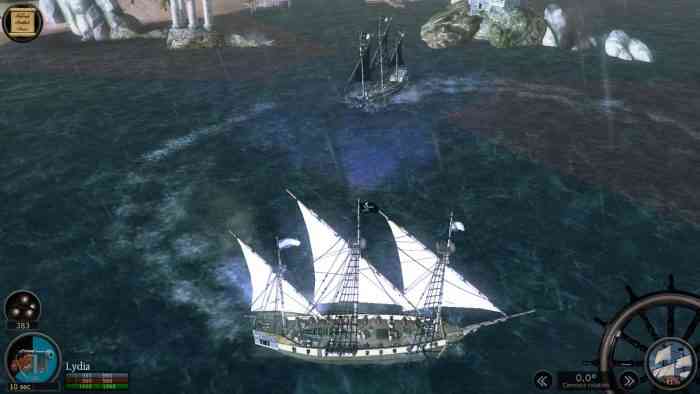 While I had some great pirate fun with these battles, they did begin to get repetitive. I had a few memorable moments, such as when I encountered ships fighting each other while I was sailing by. One sunk the other and I swooped in to nick the loot before sinking the surviving ship and plundering it too. It’s a pirate game! During a liaison with the Dominion, I participated in a battle with several of their great ships at my side. Seeing the fleet of enemy ships emerge from the fog was chilling, and I spent that fight picking my targets and speeding by the larger boats. Mercifully, losses aren’t catastrophic in Tempest. You lose some cargo and money, but your once-sunken ship is returned to you and you can be on your merry way.

It is difficult to tell whether the controls for sailing are clumsy, but I believe that is just how it is supposed to be — a big ship on open seas won’t respond quickly to your commands, and maneuvering it isn’t supposed to be easy (it is in fact, upgradeable). However, Tempest is not exactly user-friendly — there are a lot of systems to learn and even the tutorial is unclear at times. For example, when dividing the crew for a boarding party, the player must drag and drop which type of crew member (fighter, shooter, etc.) to work the sails, the deck, or the hold. The tutorial refused to advance until I had the setup exactly as they had shown, and shifting the crew around consisted of seemingly arbitrary bars and changing numbers I had to figure out on my own. The awkward interface of Tempest is at its most painful here, as that series of dragging and dropping was like a puzzle minigame unto itself and was never fully explained. 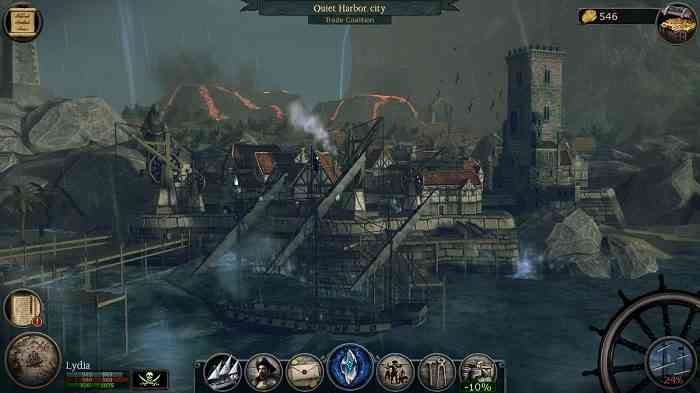 Tempest’s graphics generally get the job done, but it does have its high and low points. The world map is clever — it is literally a beautiful paper map laid out on a table littered with coins and quills and such. You draw your ship’s path on the map, so feel free to sail in the most roundabout way possible. The ports and the islands have their distinguishing features; Quiet Harbour one has two active volcanos dripping with glowing red lava (who knows why the town hasn’t evacuated yet) and Mothers Island has a huge statue watching over it. And of course, there is something to be said about your ship’s great white sails and intricate rigging juxtaposed against a vast and turbulent sea. However, the cross-section of the ship, tavern, and stores could use some work; those screens are inconsistent with the art style of the rest of the game and easily the worst looking parts of Tempest.

While most of the game was rather bland, Tempest’s potential showed in some of the stranger quests that popped up (ghosts!), the large scale naval battles, and surprise sea monster attacks. Unfortunately, these events are short distractions from the lackluster nature of the rest of the game. Tempest does have something to offer for fans of naval games, but as for me, I’ll be dropping my anchor here. 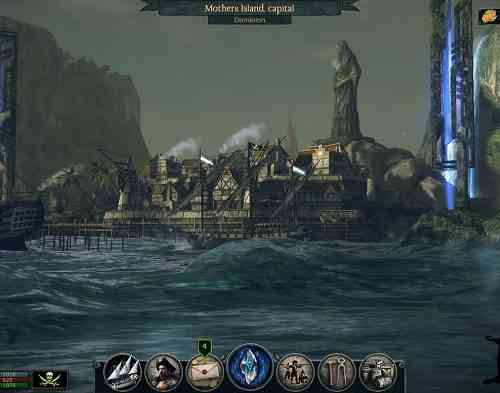 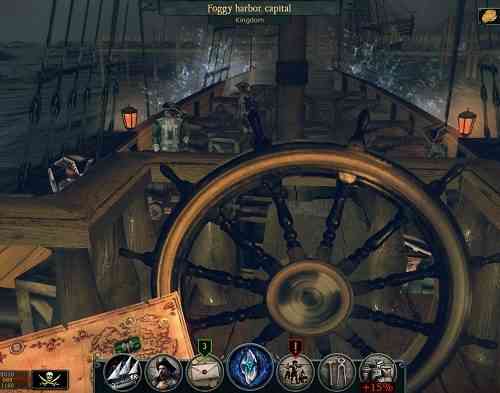 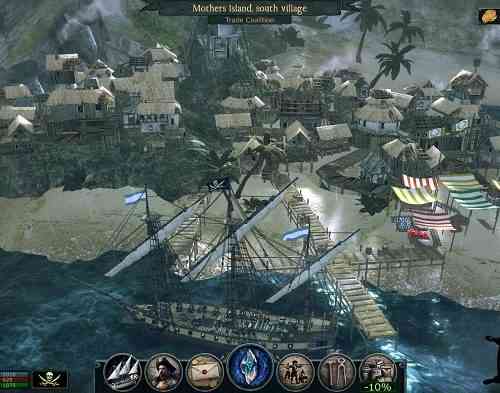 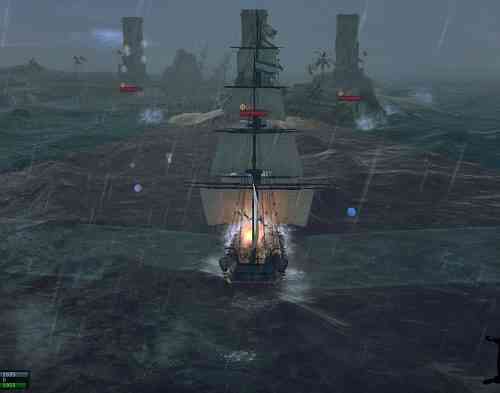 The Stories of Indie Game Developers Are About to See a New Spotlight
Next NHL 17 Review – Like Ovy and Kane, EA’s NHL Still Has The Moves
Previous Shiny Review – Wall-E Meets Oddworld Platformer Stumbles