The popular digital card game, Super Dragon Ball Heroes: World Mission, finally made its way to North America this year with quality animation, Japanese-voiced characters, and English/French captions. With multiple modes of play, hundreds of cards to collect and plenty of fan service to please your inner otaku, Super Dragon Ball Heroes: World Mission only falls short of exciting when following the actual storyline of the game. While a little cheesy and cliché in some parts, the game introduces a simple plot that brings together your favorite characters and immerses the player into the world of Dragon Ball.

Set in an alternate reality where Dragon Ball characters only exist in the form of a card game, we start off in Story Mode where we play as a young boy without a clue as to how the game works. He enters Hero Town, the town known for the Dragon Ball Heroes card game, and finds he is surprisingly skilled at it despite being a complete beginner (yes, we are that good). His presence catches the eye of the “Master,” the Great Saiyaman 3, who then recruits the boy to join his team for a deeper purpose – to save the world. There is an anomaly that is causing Dragon Ball characters to materialize in the real world, and it can somehow be stopped by playing this card game against the villains that show up. It is now up to the team of Super Dragon Ball heroes to recruit members, fight villains, and save the planet.

Even though the story isn’t the most compelling and can feel a little cliché, it is still good fun to battle your favorite Dragon Ball villains and build a powerful deck from bottom up. To add to the enjoyment, there are two other modes available to play: Arcade Mode and Creation Mode. Arcade Mode allows you to choose from many different sagas and compete against more Dragon Ball characters. There are numerous missions available for you to try out, and they do give small rewards after completing each one. Creation Mode is where you can create your own cards and missions, giving players flexibility and many different outcomes. When you create a card, you can explore endless possibilities and use your finished product in Story Mode, too. With these three modes of play and numerous other options that the game offers – from online battles to tournaments to building a custom deck – the game is as fun as you wish to make it. 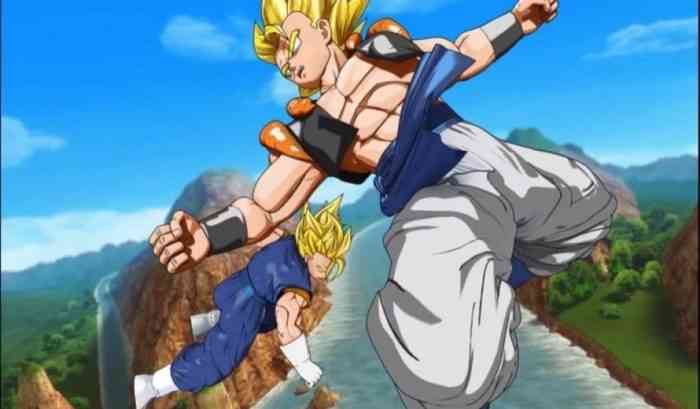 The gameplay can be confusing at first, but luckily the beginning of the game guides you slowly through the first few battles. Starting with the very most basics of how to place your cards and teaching you new tactics step by step, the instructions and guidance available in Super Dragon Ball Heroes: World Mission are excellent. However, while the aspects of gameplay are explained well, the tutorial does not cover a lot of ground. This means that while you may know how to set up your deck and strategize with your characters, there is still a lot of experimenting to do in order to find out what works for your team. It doesn’t really teach you how to read and understand each card. Mastering the game and effectively strategizing your moves definitely comes with experience, so do not hesitate to make some odd combinations of characters to see where they take you.

When you are building decks for battle, you can add up to seven characters to your roster. Out of the hundreds of characters available, this makes the task very challenging and fun at the same time. Some characters can be grouped with others to perform special abilities – for example, having kid Trunks and kid Goten in the same deck means you can fuse them together to create Gotenks – while others provide other unique special attacks and excellent support capabilities.

There are five rounds in each fight, and the winner is whoever KO’s the other team first or has the highest amount of HP left in the end. To be the victor, you will have to be aware of the different characters in your deck. Every character has different abilities and requirements to perform special attacks, so you will have to be strategic as to who gets placed first and where. The farther up you place a character, the more stamina they will expend but the stronger the team becomes. The team’s strength in each round adds to the Hero Energy bar, which is what characters need to perform their special attacks. Some characters may need more Hero Energy than others, and it is always a challenge to find a balance between having a strong fight and increasing Hero Energy while reserving enough stamina for the next round.

The Spoils of War

As you complete each battle, whether you win or lose (of course, in Story Mode you will have to win to progress further) you will gain something in return. If you are successful and beat your opponent, you will earn more. Some of the various things you will receive are Gacha tickets, items, and Zeni (money). There are two types of Gacha tickets – regular and rare – which can be exchanged for random character cards. Just like a real Gacha machine, you never know which card(s) you’re going to get. Alongside receiving Gacha tickets, the items that you earn can include accessories that you equip to your cards, giving a character unique abilities that they can perform during battle. Some accessories allow you to increase the team’s overall HP, restore the characters’ stamina, and much more. Finally, you can pocket some Zeni from battle. Unfortunately, the reason I use the word “some” is because this in-game currency builds up very slowly. When you look at the item store, it is kind of shocking how much higher they are priced in comparison to how much Zeni you earn. This makes currency feel not very valuable, and because you get so many different rewards, there may not be a need to purchase items in the store. 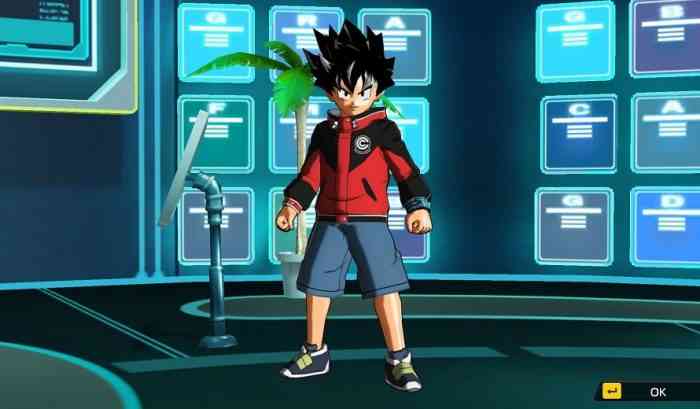 Besides the tangible items, after a battle you will also earn experience points and camaraderie levels. Experience points not only help your character level up, but also strengthen the bonds he has with the Super Dragon Ball Heroes team members. Each team member comes with a perk, and once you reach a certain level of bonding with them, they will gift you with something valuable. Not only are you able to increase bonds with your teammates, but you can also build camaraderie with the Dragon Ball characters in your deck. The more you use a character, the more their camaraderie levels increase, which eventually leads to boosts in their stats and some even gaining more abilities.

Something worth noting was the fact that Dimps really catered to the Dragon Ball fan base well. They did not skimp on refining the characters, gifting us with quality animation, crisp visuals, and great sound effects. Every special attack had its own animation sequence with vivid colours and bright ki blasts. Each scene of the game was laced with Dragon Ball music, with the option to change the soundtrack when performing tasks like preparing for a mission, fighting battles, or even when you’re just wandering around Hero Town. Truthfully I did not expect the game to be done as well as it was, and I am sincerely impressed by how much I actually enjoyed it. And also adding the fact that it was released on the Nintendo Switch, this gives opportunity for portability and is a great addition to my collection.

Super Dragon Ball Heroes: World Mission was an absolute delight, and initially I did have my doubts that I would enjoy an arcade card game. However, after playing it for many days and having my eyes glued to the television screen for hours, I admit that I was wrong to doubt. I was pleasantly surprised by how enjoyable it was, despite the simple and repetitive plot in its Story Mode. Although it can be hard to pick up, once you get the hang of it, it is a fun challenge. With hundreds of available characters, lots of missions to choose from, and endless possibilities, Super Dragon Ball Heroes: World Mission offers a lot for one game, which I believe will please many Dragon Ball fans.