Super Bomberman R Review – Not the Rebirth We Hoped For

Like many others, I remember Bomberman fondly as a hectic multiplayer experience that centers around defeating your enemies with bombs. You can imagine my excitement when I found out a new Bomberman title was making its way alongside the Nintendo Switch launch. Enter Super Bomberman R. What does the R stand for, you ask? Well, according to the Konami Social Media Team, the R symbolizes a return and rebirth as the game is meant to be a bit of a homage to older Bomberman titles, as well as “Rangers”, referring to the Bomberman characters that patrol the galaxy. With the last Bomberman game to come to home consoles releasing in 2010 on the Xbox Live Arcade (Bomberman Live: Battlefest), it certainly is time for a new title, let alone a revival.

For those who have played any Bomberman game in the past, the mechanics here are the same. For newcomers to the franchise, the game mechanics are quite simple and the game is easy to pick up and play. Utilize bombs to clear a path to your opponents, pick up power boosts, and bomb your opponents until you win. Compared to previous iterations of Bomberman, Super Bomberman R appears to have less customization in terms of stages and settings. Additionally, the game lacks innovation and feels pretty much the same as any other Bomberman you may have previously played. Fortunately, Super Bomberman R contains a Story Mode as well as a Battle Mode.

“Additionally, the game lacks innovation and feels pretty much the same as any other Bomberman you may have previously played.” 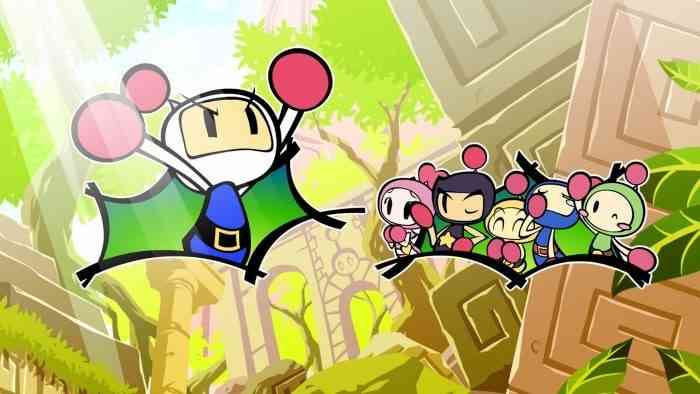 For the solo player, a Story Mode is available with about 50 stages with various objectives such as defeating all enemies, pressing switches, and defeating giant bosses. The story follows the eight Bomberman brothers who must protect the galaxy from Emperor Buggler and the Dastardly Bombers. The story has a “Saturday morning cartoon” feel with a pretty, aesthetically pleasing look to it. Likewise, the humor is a bit childish, though not lacking in charm at all. If anything, I only wished that the characters were more fleshed out and there were more portions with actual story to it. The Story Mode is not only for solo players, as it allows for an additional player to take on the story as well.

As stated, the graphics of the cutscenes and story portions are “cartoon-ish”, but unique and done well. As for the gameplay, the graphics are about what one would expect from a Bomberman game: not that great, but does the job. For a top-down angled arcade-styled game, amazing graphics are not necessary. Rather, Super Bomberman R’s graphics do a good enough job in differentiating between powerups and characters while providing adequate graphics overall. However, some of the blocks and height differentiation on certain panels are a bit unclear, leading to some untimely deaths. Lastly, the bosses in the game look splendid in terms of the art style, and indicators during these battles are also nicely clear. 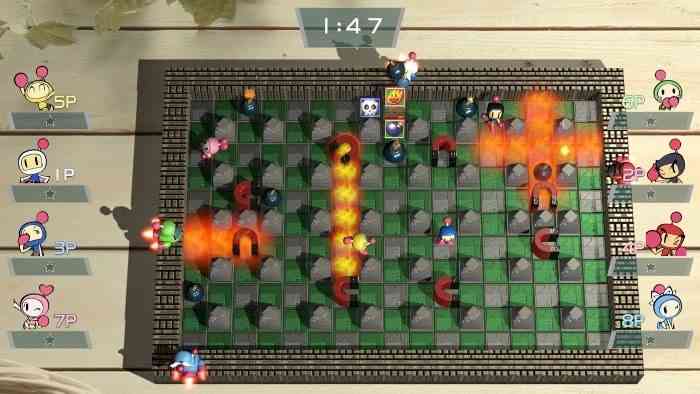 Super Bomberman R features a soundtrack that is light, cheerful, and arcade-like. The soundtrack is very suitable for the series and I found it to be done quite well. In terms of the in-game sound effects, bombs, power-ups, and in-game dialogue are distinguishable enough to be effective for the gameplay. Lastly, the game is fully voiced over within the Story Mode which was a welcome surprise. During story portions, the game truly felt like a cartoon made for television, I only with there was more of it.

Overall, Super Bomberman R is a Bomberman game through and through. Although the game features the classic Bomberman gameplay, an overall lack of innovation and previously developed customization makes the formula feel stale. Although the Story Mode was an enjoyable venture, the lack of depth and development of some otherwise likeable characters leaves much to be desired. Lastly, having to earn coins to purchase levels and character customization items makes the game unnecessarily feel like a free-to-play title. With this supposed return and rebirth of a beloved franchise, I hope to see Konami build upon the positives of this title and we see not just a return, but a redemption the next time around.

**A Switch review copy was provided by Konami** 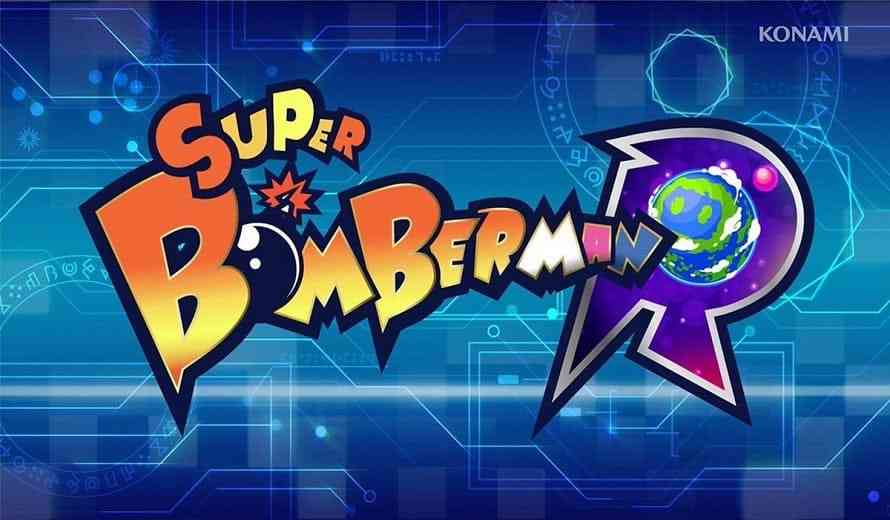