Subsurface Circular Review – A Single-Sitting Experience Worth Sitting Down For

Subsurface Circular is the third game developed by Mike Bithell, creator of the inventive Thomas Was Alone and the unique stealth-adventure Volume, but it couldn’t be any more different. Okay, so it may still feature Bithell’s undying love for sentient robots but it’s also his most experimental game, despite the entirety of it taking place in a single location. Bithell calls it a video game short, a single-sitting experience not unlike a movie or TV episode. At its most basic, Subsurface Circular is a text-based adventure with branching dialogue choices; a short visual-novel, if you will, that manages to get a ton of mileage out of a very simple premise. It may be short but it’s a fantastic interactive novella that will have its hooks in you from the start all the way to its harrowing finish.

Subsurface Circular is set in the future and tells the story of a detective robot that is programmed to live its life in an underground metro line. While it might first appear that a robot that is unable to move would make for a lousy detective, they do surprisingly well. There’s a lot to uncover just by chatting with fellow robot passengers who also work different jobs from researchers, nannies, and even the clergy. It’s through these interactions that the game really finds its groove, resulting in a game that is very engrossing to play.

You play as the detective, who agrees to take on a mysterious case that involves a series of incidents regarding missing robots, called Teks. You spend the bulk of the game speaking with various robots that come and go, all while the train makes a standard loop around the rails. Bithell has chosen, once again, for a minimalistic visual look for the Teks and despite not having any faces (this is actually explained in a conversation), each of them is unique and have their own quirks. There is no voice acting here, so much of the emphasis is on the text which, gladly, is always tight, succinct, and entertaining. Some conversations are rather straightforward affairs while others may require you to help Teks with their personal problems, which occasionally can kickstart some low-key puzzles. 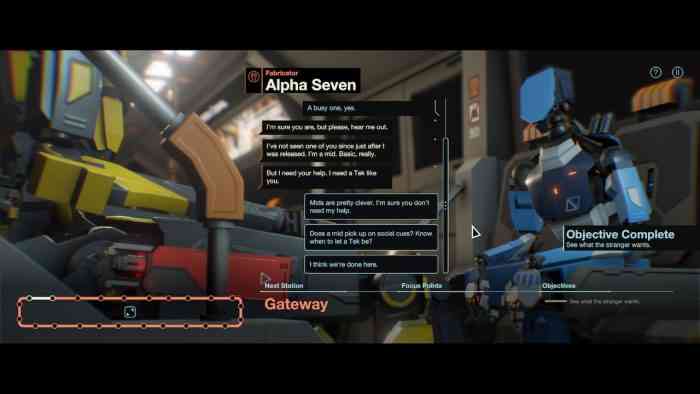 Puzzles aren’t all that complicated — with the solution being only a few taps away — but they do serve as a nice change of pace. They mostly involve jumping back and forth between different Teks, pulling keywords from conversations, and choosing those words to press for more information. A highlight moment involves conversing with two robots who are systemically linked by emotion. In other words, if one felt sad, so would the other. It was my job to pry information which would only be given out depending on the emotions they felt. It may not sound all that interesting, but I found myself enjoying the laidback design, a sentiment that extends to the entire game.

It may be laidback, but Subsurface Circular certainly has a darker undertone that is felt throughout its dialogue. The writing is excellent, perfectly balancing humor, sadness, and intrigue. The world begins to open up too, gradually revealing how robots and humans co-exist and how a power play between Teks and humans is rearing its ugly head. I found myself absorbed in the world and the lore that Bithell created, only briefly wishing my detective skills could take me above ground. At the same time, I couldn’t pull myself away from uncovering the mysteries surrounding me. Even though I was locked to this single location on a train, I was enamored by its cast and the plight of the Teks. 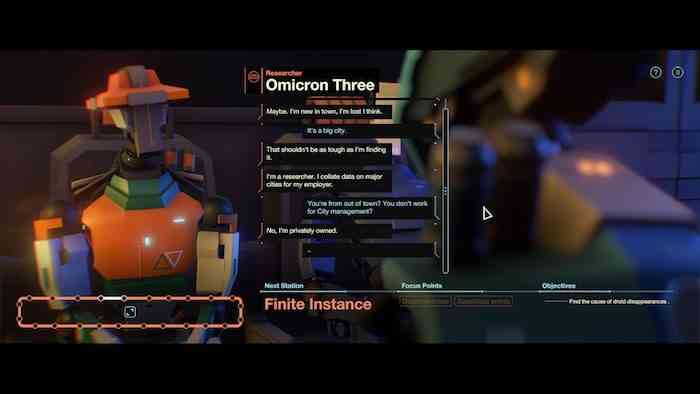 While there are multiple dialogue answers given to you at any number of times, there really isn’t much deviating from the core story path. It’s more like a Telltale adventure than it is a Mass Effect. Most of the answers lead to the same destination, maybe occasionally going on a tangent (to mostly funny results) before circling back to the main narrative. It’s not a complaint since the linear story is so excellently written. I never found a desire to branch out much and chose to remain focused on the game’s central mystery. If you’re wondering then why even offer alternate options in the first place, it’s because it preps you for its dramatic conclusion which is most definitely up there with the best and most difficult Telltale story decisions.

If there is a criticism to be had about Subsurface Circular is that there isn’t a real reason to go back and play it aside from a developer commentary. This truly is meant to be a single play session experience, and honestly, that’s perfectly okay. Video games are, after all, another medium for creators to tell their stories and we’re seeing this more and more as time goes on. 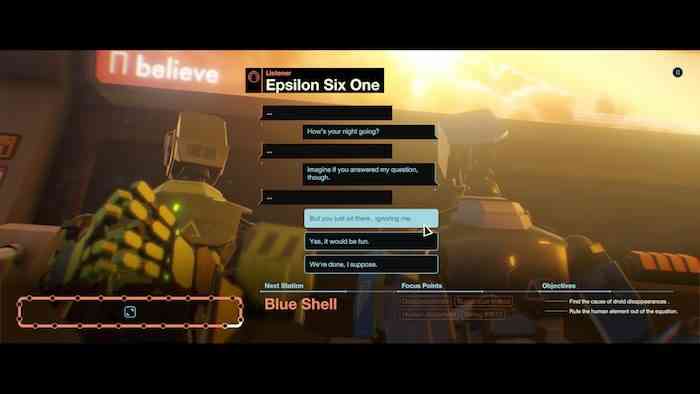 For those who are looking for something meatier, then Subsurface Circular probably won’t satisfy you but I’m of the opinion that games don’t have to be, well, gamey. They come in all shapes and sizes, and I’m happy that I was able to give Subsurface Circular my undivided attention for the 2-3 hours it consumed me. No, this isn’t a 40+ hour experience, and its low price tag is indicative of that. But for those willing to give it a shot, you won’t be disappointed with Subsurface Circular, a game that isn’t afraid to step away from traditional game development and carve something new and different out of our favorite art form.

Mike Bithell isn’t wrong in calling Subsurface Circular a video game short, but that doesn’t mean you won’t get any enjoyment out of it. It’s a deeply engrossing text-based adventure with a rich narrative, amazing dialogue, and a story that continually gets better and better. It’s beautifully crafted and should be praised for its taut storytelling, which only proves that video games — just like films, tv shows, and books — are capable of telling incredible and impactful stories. 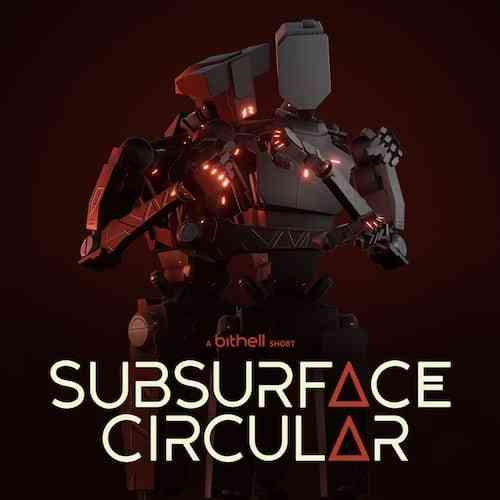