Steam Controller Review – Not Exactly a Revolution in PC Gaming

“Clowns to the left of me, Jokers to the right, Here I am, stuck in the middle with you.”

That golden oldie, Tarantino “Reservoir Dogs” referenced, K-Tel Record Special (you youngsters will have to Google that one) is exactly how I ended up feeling after an extensive period of play testing Steam’s foray into the peripheral market. This along with their Steam Machine is part of Valve’s strategy for emulating a TV console gaming experience with PC games. An understandable move to broaden the base of PC gaming in a – if you can’t beat them, join them – strategy.

The aim of the Steam Controller(SC) is to bridge the gap between game controller and the PC staple of keyboard/mouse gaming. How well does do that? Let me tell you what I found out.

First up, this puppy will never win a beauty pageant. It’s the ugly duckling that will stay forever fugly. The bulk of the body of this device is a very shiny, fingerprint sucking blotter that leaves the device with an oily sheen that makes it look like a hormones in overdrive teenager in need of constant face washing. It resembles a Xbox 360 controller in form but the handles flow upward which puts the face of the main body pointing up towards you with the intent of presenting the touch pads at the best angle possible.  Batteries for the unit go their separate ways one into each handle. This gives the unit a balanced, if too light, heft. The bottom cover is rockered and acts as left and right paddles for increased function flexibility.

The face of the controller is where the big differences lay. Beyond the left joystick, the three buttons in the upper middle – the select/start and Steam gear logo – power on/off and the four traditional buttons clustered to the lower right; there are the two haptic feedback pads. A little more about the traditional controls. The three option buttons function well as do the four control buttons but the control buttons are a little mushy for my tastes. This mushiness extends to the shoulder buttons and triggers which make a hollow clicking sound when fully engaged. None of these things are terrible but they all add to the cheap, plasticky toy feel of the controller.

“The bulk of the body of this device is a very shiny, fingerprint sucking blotter that leaves the device with an oily sheen that makes it look like a hormones in overdrive teenager in need of constant face washing.”

Another thing about the control placements. The main four buttons are too low for my tastes. This is especially true when using the right pad and your thumb is at the top edge of the pad. I constantly found myself hitting the top Y button when I was meaning to use the bottom A button. An annoyance that still has not gone away.

Now to the defining characteristic of the Steam Controller – the haptic pads. The haptic feedback consists of simple buzzing as you move your digit across the surface of the pad. It is pretty low tech and the buzzing noise piles onto the cheapness factor but the bottom line is that it works pretty well. Quite well. You really do get a good feedback feeling in terms of control and positioning on the screen. The right pad takes on the function of the mouse or track ball. The left pad is purposed to be used as a directional pad and has a recessed plus sign on its surface to highlight this.

Rounding off the unit’s abilities are the inclusion of an accelerometer and gyroscope which turned out to be very useful in special circumstances. 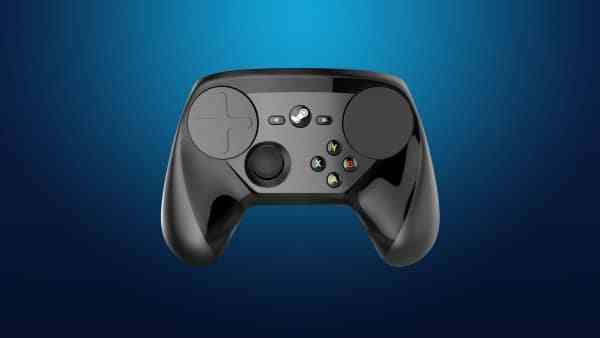 So with all of that covered, how does the unit perform?

It all depends on what you are trying to do with it and where you are trying to do it. With your PC the Steam Controller is no replacement for the almighty mouse and keyboard. But it is better than a standard controller. If you play single player first shooter games or third person adventure games the SC is quite usable. Much of its usefulness comes from the amount of customization available. Every button, pad, trigger, and shoulder button can be remapped. Steam provides a configuration menu where remapping can occur. The menu is not very intuitive and there are so many configurations possible that you can get lost in the pursuit of the one that suits you best.

Fortuitously, Steam also allows for the storing and sharing of configurations for every game. You can pick the most popular ones and use them as a starting point. Some configurations can give you exactly what you are looking for. If not, you can do some minor tweaking to make it fit your playing style like a glove.

“In summary the Steam Controller is not a must have item but neither is it a total bust.”

One of the coolest features you can do with the right pad is use it as a trackball for gross movements. Then when you need finer control to lock onto a target you keep your finger on it, the gyroscope kicks in and you can move the whole controller to zero in on your target. This may sound clunky but in practice it works great. The left control pad works very well when used to cycle through inventory or weapon and making quick selections. However when used as a traditional direction pad, well it sucks. Rather weird.

It is obvious that Valve wants the Steam Controller to be used for couch playing though as you need to use the Big Picture mode to get full use out of it. And this is where the Steam Controller makes a nifty alternative for big screen TV playing by filling in a gap where using a mouse and keyboard is not practical or just too clumsy. Make no mistake this controller will never become the first choice of competitive players or the rest of us non-alien players engaged in a multiplayer game. 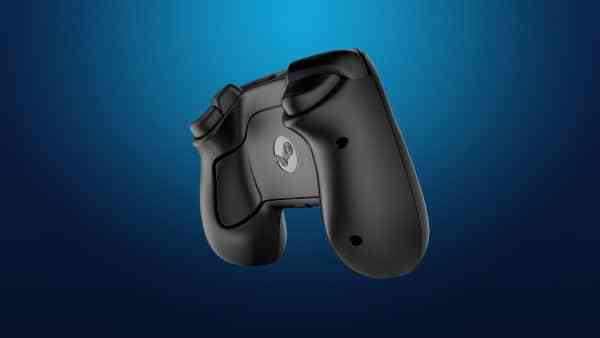 This version of the Steam Controller still feels like a proof of concept device. Further iterations of the device – maybe even an Elite version – are sure to follow. Aesthetically going to a matte finish would be a big step in the right direction. Firming up the trigger and button tactility would also give the unit a more polished feel. The biggie still remains the four control buttons. For me they are just too low. Move the placement of them all up two inches or so would be a big improvement.

It should be noted this controller is terrible for fighting games and not so hot for driving games either given the softness of the triggers when used as brakes and accelerators.

In summary the Steam Controller is not a must have item but neither is it a total bust. This is something I am still using way past the point where the novelty wears off. It is very good for PC console style playing and a bit less so when used in the more traditional PC gaming setups. Your experience will probably be similar but the only way you will know for sure is to try it out. 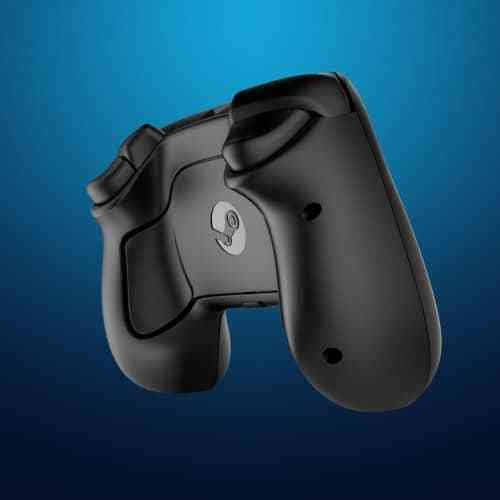 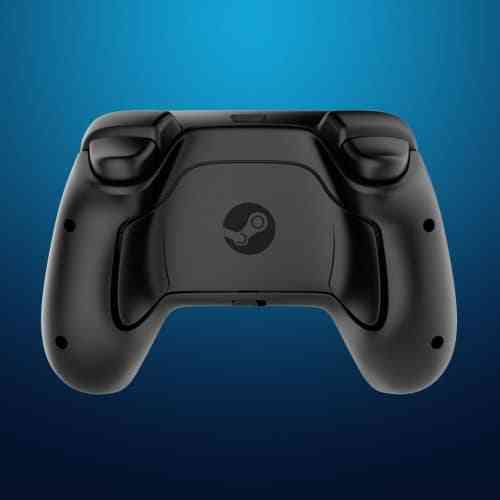 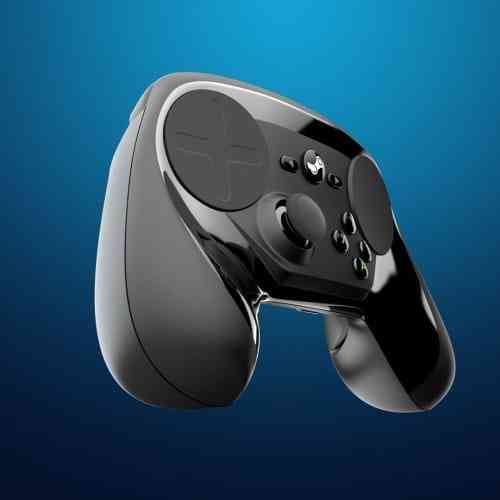 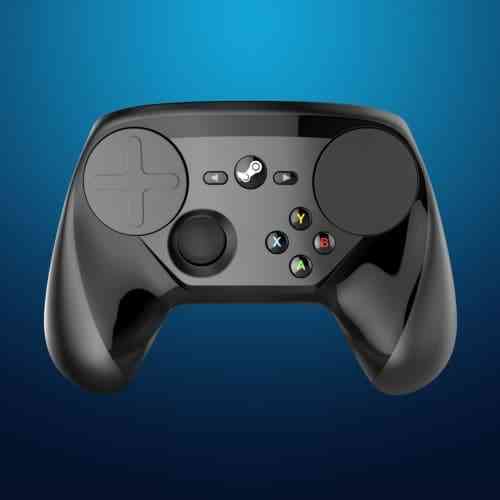 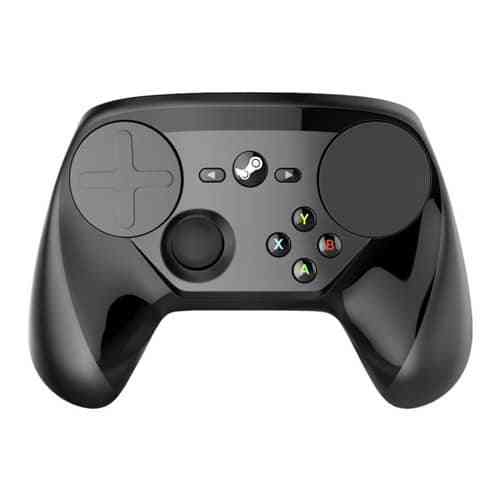 Chill Bird Times Flying In With Wingspan This Week

Dinky Dungeon Is Very Real, Coming This December
Next Street Fighter V Review – Capcom Reclaims the Title for Best Fighting Game of a Generation
Previous Thrustmaster T150 Review – Put The Pedal To The Plastic In The Comfort Of Your Own Home