This past weekend, Star Trek Beyond, the third movie in the hit rebooted franchise, hits theatres to almost overwhelming positive fanfare. With a new director in Justin Lin (of Fast and Furious fame) and Idris Elba taking over duties as the titular villain, Star Trek Beyond manages to overcome some pretty glaring issues to inject some light hearted fun back into the franchise, just in time to celebrate half a century of Trek.

When Kirk becomes weighted down by his duties as Captain of the Enterprise, a sudden rescue mission is just what he needs to get his spark back. Unfortunately, he and the crew run headlong into the trap of the dastardly Krall, a villain hellbent on destroying the Federation and the crew must stop his evil plans, even after the Enterprise has been destroyed.

What’s worked for the series before continues to work here as the pitch perfect casting choices continue to be the driving force of the series. Pine, Quinto and Urban, the Trinity of Trek, are once again solid pillars that support another entry to the excellent rebooted series. With JJ Abrams giving up helming duties to move over to the Star Wars Universe at Disney, Justin Lin steps in and takes over the directing duties. This new blood in the creative team leads Beyond into territory that Abrams had begun to drift away from – having fun.

“What’s worked for the series before continues to work here as the pitch perfect casting choices continue to be the driving force of the series.”

Yes, the Enterprise gets destroyed and yes, the crew is either taken hostage or has to battle to survive on a foreign and unexplored world. None the less, Beyond manages to take the lowest point for Kirk and his crew and turn it into as much fun as you can have without going into warp speed. The movie is action packed, funny and light hearted, even if it does center around some fairly dark material. I mean, any movie that can make a joke about The Beastie Boys’ Sabotage being classical music can’t be taken too seriously, can it?

Lin’s direction is strongly noticed not only from how much of the movie rests on set pieces, but also in his use of the camera. While his use of physics defying stunts in F&F is pretty clearly used here as well (apparently sliding hundreds of feet straight down will have no ill effects if you just jump and land on the soft ground) he also makes great use of first person camera work and really like to use the camera to explore the alien world the crew finds itself stranded on. Through that, you get a real sense that Kirk and company are somewhere they shouldn’t be and it really ramps up the ‘hostile alien world’ factor to the movie. Also, a special note should be made for Sofia Boutella as the alien Jaylah who was a fresh face who brought a lot of life and humour to the film. The movie did suffer in several key areas though. First, the first act of the film was more than rushed. Getting Kirk and the Enterprise to jet off on this rescue mission took an incredibly short time, to a point where I wasn’t even fully sure why or where they were going. I’ll put it to you this way – the planet they find is mired in a nebula they have to navigate through to find. It wasn’t until the second last scene in the movie that I clued in that this nebula had been preventing them from exploring deeper into the galaxy. This seems like crucial information since it’s pretty pivotal to there being a starbase there and it explains the title of the movie.

Speaking of pivotal information, Idris Elba’s Krall was one of the most poorly explained villains I’ve ever encountered in a movie. I still don’t know why he wanted to destroy the Federation  and they even had a monologue about it! Also, the ‘super weapon’ he plans on using – yeah, I don’t know what it was, how it worked, why it was built, who built it, etc. This is all pretty important when trying to get me to emotionally invest a film… On another note, there was also a very touching tribute to Leonard Nimoy in the film as he had passed away during the filming of Star Trek Beyond. This became a bit of a through line for the movie and was very fitting considering how much Nimoy had contributed to the franchise. The movie was dedicated to both Nimoy and to Anton Yelchin who also passed away just a few weeks ago.

Overall, Star Trek Beyond ends up being a fun, action packed, deep space adventure even if it did suffer from some rough story issues and lacked a lot of explanation about crucial details. With the shortest run-time in the series, surely something was going to be lost in the mix, but that doesn’t excuse the amount of questions I had after.

In saying that, Star Trek Beyond managed to take a series that had become quite dreary and give me two hours of pure entertainment. It may not be the perfect Trek film, but with the series celebrating 50 years this year, it was certainly an excellent entry into a half century long franchise.

• Stumbles over some rushed plot points
• Character motivations are glazed over 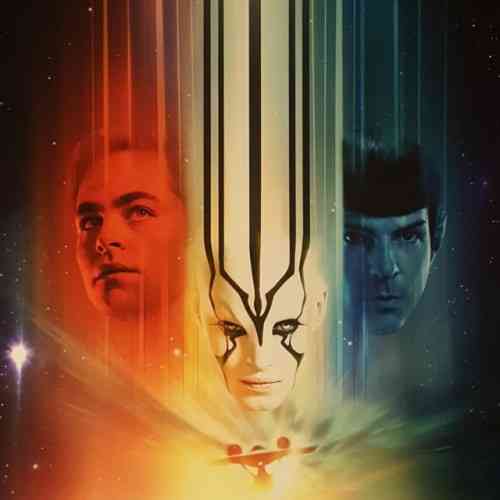 
The Mortal Kombat Movie Will Be Released Sooner Than Expected

Why Hasn’t There Been a GTA Movie? Take Two CEO Explains