Splatoon is elegant. We’re talking ballroom elegant. I suggest you take her by the hand and spin her around a couple times. Splatoon also marks the first time Nintendo has dared enter the competitive online shooter genre. A move like this takes some seriously big paint-balls, especially given their previous stance on competitive gaming. And of course, being that this is their first dive into new waters, the game has some ups and some downs. So what exactly is it that sets Splatoon apart? Well, almost everything…which is both good and bad. Nintendo has introduced some incredibly compelling new game mechanics which sets it up as a completely distinct title from its competition…but it also leaves out some pretty serious staples.

“Splatoon is a game that puts new emphasis on not only the characters you play as, but the ammunition with which you shoot.”

There is only a small hand full of words that I hesitate to use when describing a video game. Today I took one of those words off the list. Elegant is the only word that I could really think of to accurately describe how I feel about this game, and I’ve already said it twice in two paragraphs. Shooting games have been taken to all corners of the entertainment industry, from Sci-Fi to War History and even to other more realistic versions of Paintball, but Nintendo has dared to try something new. Splatoon is a game that puts new emphasis on not only the characters you play as, but the ammunition with which you shoot. You see, the ink that you shoot and the Inklings (your player characters) you play as have a symbiotic relationship. The more ink you shoot, the faster you can travel and refill your ammunition and the more you can shoot. This cycle of shooting and moving blends perfectly with what is already established as a necessary strategy in all modern day shooters.

The biggest key difference between Splatoon and other shooters is how victory is established. Instead of earning a win by killing your enemy, the goal in each match is to cover the map with more paint/ink of your color than the opponent can with theirs. This opens up entirely different strategies overall, and in some cases players can avoid combat altogether and still win! There is also an added element of stealth in Splatoon. Each player can turn into a squid to travel through their own color of ink. This serves two purposes; one, it refills valuable ink to shoot with, and two you can sneak up on enemy targets. Watch out though; enemy ink will slow you down! If ever you want to take a step back from the internet and sit on the couch with a friend, Splatoon also features a one-vs-one offline multiplayer where friends compete to pop the most balloons. 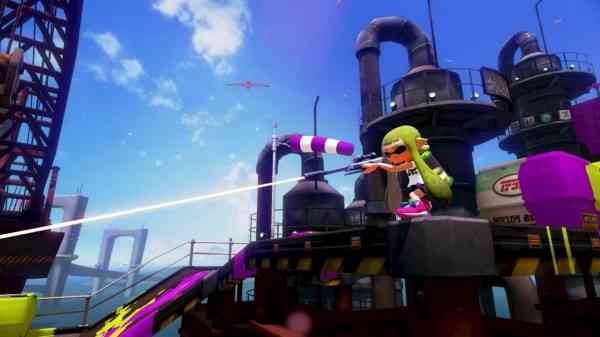 For their first leap into the competitive online shooter genre, Splatoon does a lot of things right; however, not all is perfect in Inkopolis. Nintendo as a company adheres to a number of key philosophies, the most important of which is to keep things fun and inclusive for all ages. Unfortunately due to the nature of the internet and the features that have become so standard in other games that are Splatoon’s direct competition, Nintendo’s newest baby is a little rough around the edges. For a game that is, for all intent and purposes, online only, it lacks a few things that would help it truly compete. In terms of control, there are tilt functions using the GamePad, but purists may switch up to traditional analog controls.

First and foremost is something that has already come under fire by many an online community; Splatoon lacks any sort of online chat. For a game that revolves around team combat you’d think that voice chat would be an absolute must. Of course its exclusion guards younger ears from the vulgar language of many other gamers, something I’m not at all surprised Nintendo would do. It’s hard to get mad at them for that. With the lack of solid communication though, it also creates an un-navigatable void where team strategy should have been. That coupled with randomly generated teams makes each match in Splatoon a very literal crap shoot. Joining a game with your friends does nothing to prevent being randomly placed either. Even joining all at once doesn’t guarantee playing together. If a game room fills up, then the other people in your group simply wait in queue for a spot to open. All in all, it’s a fairly frustrating system. The cherry on top of this annoying to use cake is the inability to swap gear or drop out of a game on the match making screen. Bleh. 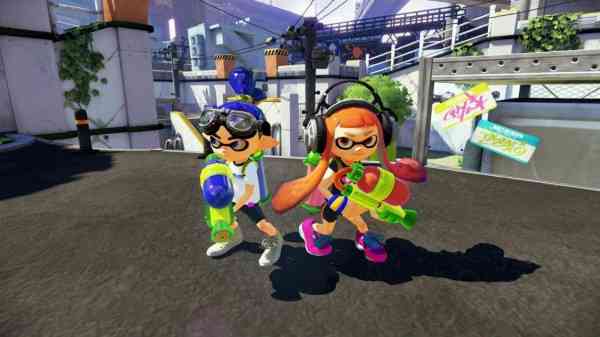 When I first learned that Splatoon would feature a single player mode I was worried that it would be a rushed, slapped on mess. Thankfully, this isn’t the case. The single player campaign actually functions as a really great introduction to the game. It teaches you the basics of combat and some strategies for fighting opponents. Of course fighting patterned, computer controlled players is a much different venture than other players, but I digress. The campaign kicks off with your introduction to the spry old feller’ named Captain Cuttlefish, who serves as a sort of guiding hand through your adventure. The campaign is broken up into several worlds, which are further broken down into individual levels. Each level introduces new mechanics and new challenges to overcome. Throughout these missions you will find hundreds of these little orange orbs which function as an in-game currency that can be used to buy upgrades for your weapons and ink-tank capacity. While this single player mode is fairly short, it feels incredibly rich. Each mission is distinct, and each world is capped off with boss fight on the creative levels of Donkey Kong Country. It’s biggest failing however the lack of usable weapons is. Unlike in the games multiplayer modes, the single player adventure restricts you to just one weapon. It’s a good, strong gun, but having the freedom of choice would be nice.

The art direction in Splatoon is one of my absolute favorite things in a long time. I feel like that’s something I say in every other review, but this time a really mean it, I swear! It’s hard to pin down what exact quality it is that sets Splatoon apart from other games, but if I had to pick a word I guess it would be…shiny. The paint that gets splattered everywhere has a very convincing and ‘wet’ quality that really helps to immerse the player into the world of the game. Like the gameplay, both the art and the music are best described as chaotic. Each Turf War map is littered with detail, decoration, and graffiti. Each song is catchy, but seems to have a calculated randomness to its sounds. With this style and direction, it’s pretty clear that much of this game is supposed to be enjoyed in quick three minute intervals.

“Nintendo has introduced some incredibly compelling new game mechanics which sets it up as a completely distinct title from its competition…but it also leaves out some pretty serious staples.”

Despite being a tad rocky in the online department, and admittedly it’s a pretty big department of the game, Splatoon really stands out as a title to own. Never before has a shooter been taken a direction that puts just as much emphasis on the environment as the people that are in it. Each match feels like a fresh new experience, and it’s all done with a sort of “makes too much sense” grace that I’m legitimately surprised we haven’t seen done before. And now, in today’s age of downloadable content, I’m sure we’ll be seeing some additions that address my concerns about the title. Splatoon is a game that isn’t afraid to get messy, and in this case, messy is absolutely a good thing. 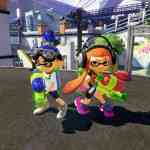 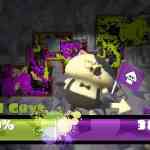 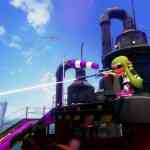 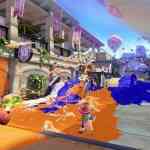 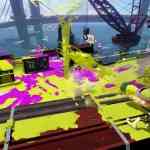 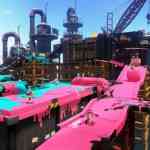 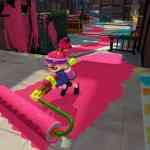 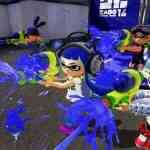 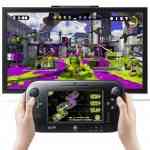 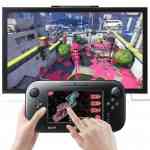