Did you ever play Portal but wish that you had a modified version of Half-Life 2’s gravity gun instead of the portal gun. Perhaps you wished Portal’s weirdly mysterious (at least at the time) dark humor was replaced with a two-dimensional evil guy who keeps talking about how bored he is but who also just wants you to die? If so, Magnetic: Cage Closed may be the game for you.

It is a testament to Portal’s success that there are so many games which bear such an obvious debt to it. The “test subject in a faceless series of rooms with cubes and buttons” concept is now almost an entire genre unto itself, with Magnetic fitting in quite snugly. Not that there’s anything wrong with that, but it’s often more interesting to break the mold than to make small adjustments to it.

The adjustment in Magnetic is that instead of making portals you can push and pull on certain things with your gravity gun. Aside from that, you’re still putting cubes on buttons, setting up jumps, and making your way to the exit of each test chamber. Even the scenery is remarkably similar, despite some steampunk tweaks. There is scribbling on the walls (instead of “the cake is a lie,” the former prisoners in Magnetic seem to only write “they won’t let you leave,” or “watch your back,” which are considerably more blunt), there are security cameras watching your every move, and each chamber is labeled with a giant number.

“The only real problem is that the reason why Portal was successful (and good) was the exact thing that Magnetic changed: the portal gun.”

This is fine, and the developers have made no attempt to hide their inspiration. The only real problem is that the reason why Portal was successful (and good) was the exact thing that Magnetic changed: the portal gun. Sure, the story and setting of Portal were interesting enough to generate some internet memes and to spawn a sequel, but it’s not clear that anyone would have really cared if the gameplay wasn’t innovative, which is almost completely a factor of the portals themselves. Take that away, and you’re just running around putting boxes on buttons. And when the gravity gun in Magnetic almost always serves the function of moving a box or helping you jump (two things the portal gun was used for, but which weren’t the most interesting parts of the game), it’s hard to say what it even does that differently. You just don’t get to make portals. It’s become an overused meme, but Portal’s slogan “now you’re thinking with portals” really did mean something: Portal added a new dimension to the way you had to think about things in order to solve the puzzles. Magnetic doesn’t.

Despite lacking innovation some of the puzzles in Magnetic are kind of interesting. The first few times you time a jump correctly with the push or pull function of the gun are pretty fun, and there are some tricky spots where you have to move boxes around without being in direct contact with them. But the bag of tricks doesn’t have much capacity for depth, and a lot of it feels like a slog. Maybe this is because you have to pick up boxes so much (something the game draws attention to with various narrators congratulating you on your mastery of picking up and carrying boxes), or maybe it’s just because the guy on the loudspeaker keeps yelling things like “played some basketball before you dropped out of school, did you? How very quaint,” or “I could have added ‘with kind regards,’ but there weren’t any.” Maybe one of the other inmates failed their puzzles and was forced to write the warden’s dialogue. 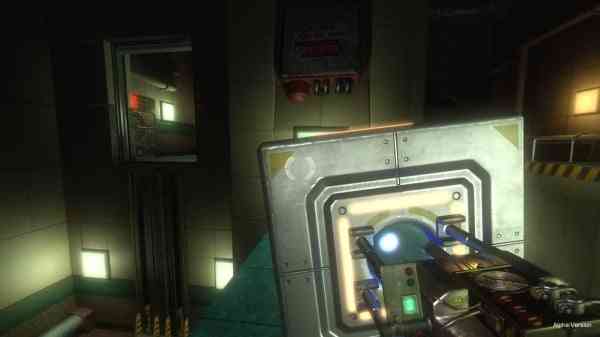 This is all stuff you can get past if the game sounds interesting or you’re looking for a new puzzle game. The environment and mood of Magnetic have some potential, sort of blending the test chambers from Portal with the prison death machine of Cube (or more accurately its steampunk-looking and trying-hard-to-be-deep prequel Cube Zero). But it’s more like Cube Zero than Cube: it’s fun if you like that sort of thing, but if this was all you saw you wouldn’t be that interested. 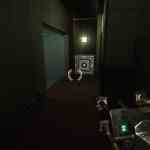 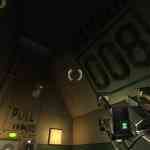 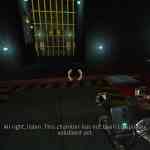