SNK’s a name that may not ring a tune with you young whippersnappers, but for those in the 25+ age range, they’re a very familiar name. Known for hits such as Samurai Showdown and Ikari Warriors, they’re a company very steeped in the seemingly ancient world of video arcades. Can you believe people use to just stand at big wooden boxes and funnel money into them? It’s true!  SNK is easily one of the more recognizable names on this front, creating a number of titles that were both a blast and the danger to kids’ allowances everywhere. Digital Eclipse has paid special detail to the SNK 40th Anniversary Collection, and it is an excellent batch of titles for those retro purists who thrive on CRT scanlines and chunky, bitcrushed audio.

If you hadn’t tried any of their other recent retro collections, then let me tell you upfront that Digital Eclipse has outdone themselves with this newest entry. Featuring an extremely thorough amount of customization, you can tackle these games in either their native arcade form, or in the cases of some titles, their console versions as well. You can even go so far as to play them in Japanese, should you desire although there didn’t appear to be much of a difference for the most part in that regard. The games each have a nice degree of customization, allowing you to set score thresholds for extra lives, as well as how many of those extra lives you have from the get-go. Each game also allows you to adjust the difficulty among four settings, ranging from easy, to very hard, but your wallet will thank you either way, as you won’t need to drop quarters into your system. Trust me, they don’t fit. I tried to make it happen. You can also mess with the visuals, allowing you to recreate that blurry, scan-line infused goodness your parents warned about by sitting too close to the TV. Among the twenty or so titles that are now available in the collection, there’s admittedly a bit of gristle to get through before you really get into that juicy retro goodness, but it’s still worth noting how this spanning collection of games shows just how SNK evolved over the course of their reign in the arcades.

Give Them No Quarters

I’ll say right off the bat that it’s very much a relief to have such a degree of customization over the difficulty of these games. A lot of them were designed to be coin munchers, and SNK’s absolutely guilty of this, but it was essentially a necessary evil to keep arcades and companies like SNK thriving during their heyday. Being able to continue at will is very much welcome, and it’s especially welcome to not have to fight for control of the joysticks, or even to try and lay claim to the next turn by sliding your quarter on deck. The SNK 40th Anniversary Collection even has a dedicated rewind button that will allow you to undo your mistakes, and in games like Beast Busters and Prehistoric Isle, they were quite welcome. There’s also plenty to unwind with, as Digital Eclipse went above and beyond with this collection, stuffing it to the gills with a gorgeous virtual tour of SNK’s history that clearly has an immense amount of love put into it. 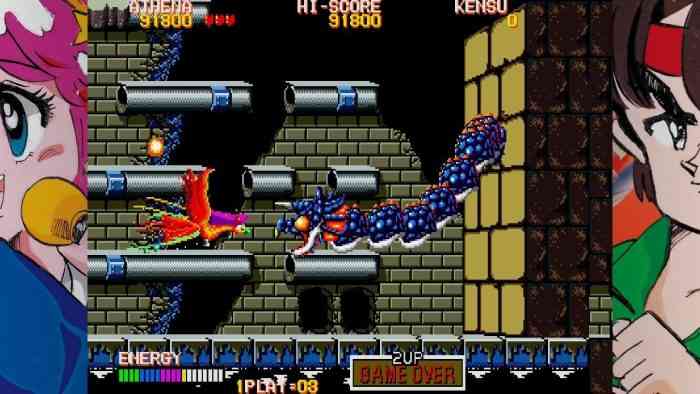 Fortunately, the majority of the games stand up well enough. For every ho-hum shooter like Vanguard, or nightmare inducing title like Munch Mobile, the sentient car who has to eat to keep himself alive, there’s a genuine treat like replaying any of the Ikari Warrior titles. The standout hits for me of the bundle was a throw-up between Beast Busters, a chaotic, Heavy Metal inspired shooter that has you facing down all sorts of bizarre enemies in a rain of cartoonish blood and gore, and the immensely fun Prehistoric Isle, a Shoot ‘Em Up set on a prehistoric island where every single thing wants to kill you, even the skeletons of dinosaurs. There are also the givens, in this case, with titles like Crystalis and Guerilla Warriors still proving to be just as much fun as they were back in the day. I will say there are a lot of shoot ’em ups in this bundle, and a bit more variety would be quite welcome. SNK’s got a rich history, and despite the fact that they’re still operating to this day, it feels like they don’t really come up in conversation like they used to.

Despite the aged-feeling of some of the titles, there’s still a lot to enjoy about the SNK 40th Anniversary Collection. It also stands as an excellent reminder that there are companies like SNK contributing just as much as big publishers and that’s highlighted exceptionally well in this collection. Digital Eclipse killed it, to say the least, but SNK had a part to play by providing such a varied range of titles that show just how far we’ve come. There may be no battle royale mode in this bundle, but if you want a trip down memory lane that’s more than just a lazy port, then the SNK 40th Anniversary Collection is an excellent bit of history that mostly holds up. Now if you’ll excuse me, I’ve got some quarters to dig out of my PS4. 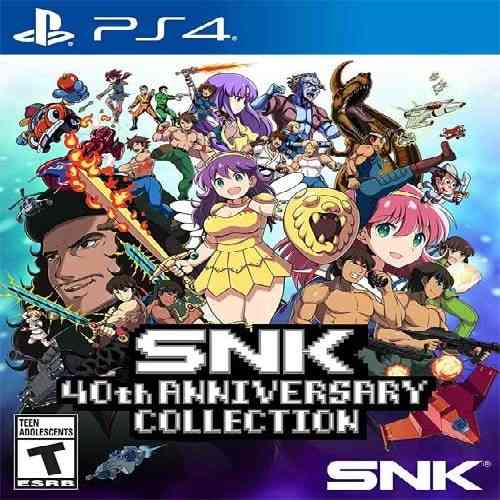