A Solid Collection of Two Classics

The Castlevania games have always been beloved action-platforming classics and the recently released Castlevania Requiem for the PS4 includes two well-known entries in the long-running series: Castlevania: Rondo of Blood & Castlevania: Symphony of the Night.

The former is classic Castlevania with all the good (and bad) that entails while the latter was the first in the series to introduce the more open-ended Metroid-style of Castlevania known as “Igavania” (a term referencing the famous series developer Koji Igarashi).

I tackled Rondo of Blood first and aside from the slightly awkward movement style of the game’s protagonist, Richter Belmont, I felt right at home with the sort of action-platformer that this port is trying to be and was ready to start my quest to defeat Dracula.

Here’s a basic rundown of the game: There’s a lives system, health bar, a trusty chain whip, subweapons, and memorable bosses along with equally memorable music. 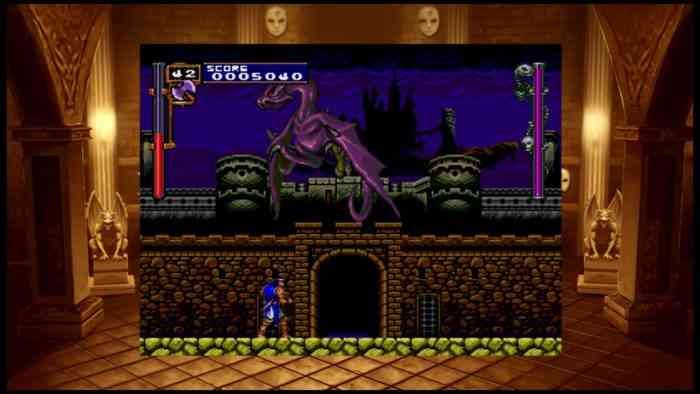 While this game as a whole is solid, the aspect of it that stuck with me was the bosses. With striking visual designs, great battle music, and (for the most part) challenging gameplay, the boss fights in Rondo of Blood are easily the best part of the game.

Unfortunately, the quality of the bosses is somewhat marred due to the fact that several of them are easily defeated by using exploits such as going to certain parts of the map to attack them from or spamming a powerful version of whichever subweapon you happen to be carrying at the time.

Fights that were clearly meant to test my pattern recognition skills & knowledge of the game’s mechanics sometimes devolved into me just going into a corner of the map and cheesing the A.I. 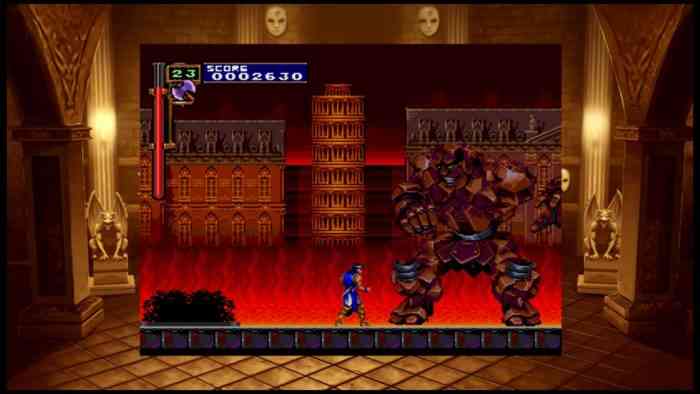 However, that’s not the only issue I had with this game. The knockback effect that occurs whenever Richter is hit by an enemy was so frustrating at times that I often wished there was an option in this port that allowed me to turn it off and the frequent flying or highly mobile enemies (such as those hunchbacks & Medusa heads) only compounded those frustrations. Also, the fact that I had to redo entire levels whenever I lost all my lives made me grateful that “lives” aren’t really a thing in mainstream games anymore.

Overall, Rondo of Blood is old-school Castlevania with all the ups (simple but fun & engaging gameplay, great music, and memorable bosses) and downs (the knockback effect, the lives system, and some really annoying enemy types) of that classic style.

Symphony of the Night

Despite being a sequel to the story of Rondo of Blood, Symphony of the Night represented a significant shift in how several future Castlevania games would be designed. 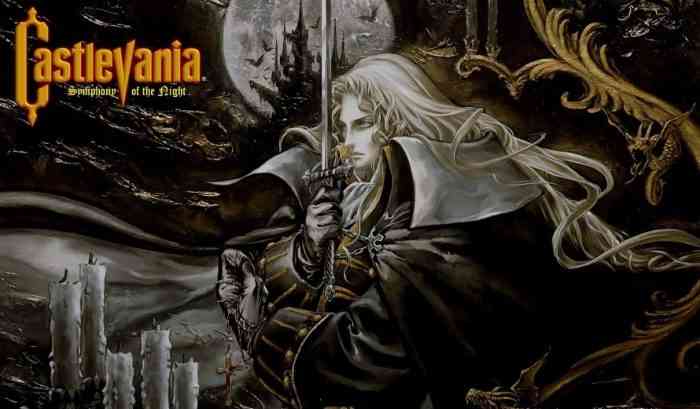 The lives system and the linear level-based story progression have been replaced with a Metroid-style save station system and an open-ended world map. There’s also a new RPG-esque leveling, inventory & stats system along with potions, spells and the ability to use mystical allies (referred to in-game as “Familiars”) to aid the player in combat. The game even has a currency system that allows players to purchase new items from a merchant. The only mechanics that are similar to classic Castlevania were the subweapons (which are powered by the heart items that the player collects).

However, the most significant change from Rondo of Blood is the fact that you’re now taking control of the more agile (and frankly way more cool) Alucard, the son of Count Dracula. 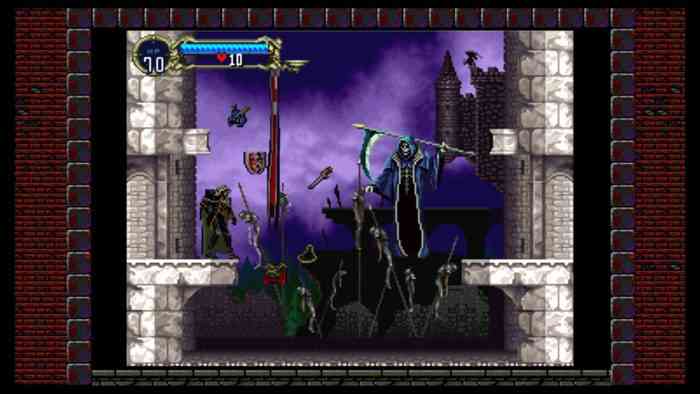 Alucard first made his appearance in Castlevania III: Dracula’s Curse as one of the optional playable characters but in Symphony of the Night, he takes center stage as the protagonist. It’s 1796 and Alucard has awaken to figure out just what the heck is going on in his father’s mysterious evil castle.

Unlike the easily ignorable story in its predecessor, the story of Symphony of the Night takes on a more involved role this time. There are plenty of cutscenes with dramatic, cheesy voice acting and an air of mystery & intrigue surrounding the whole affair. Why has Richter disappeared? How come (when Alucard eventually meets him) he’s seemingly so evil?

As you’re exploring the castle, your thoughts will frequently turn to these questions but then that contemplation will be interrupted when you realize that you’ve gotten lost for the umpteenth time. 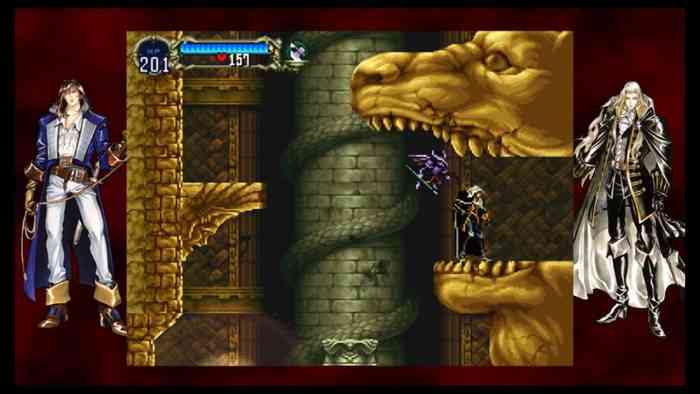 This first “Igavania” suffers from some significant design flaws. The map is huge & sprawling but being unable to see which parts of the map are, for example, the Long Library or the Marble Gallery, leads to a lot of frustrating backtracking as you try to figure out where you have to go next in order to progress.

It also doesn’t help that the map doesn’t mark where “magically sealed doors” or areas where you can use Alucard’s special mist ability since this frequently resulted in me squinting at the map & rubbing my temples trying to remember where I saw what.

Along with the more open-ended map, the save system is both a blessing and a curse. It’s great that you can save in certain areas of the world but having to repeat several minutes of backtracking after you die will always be a pain. The game’s warp system is an imperfect solution to this problem since you can’t choose which warp room you want to fast travel to. 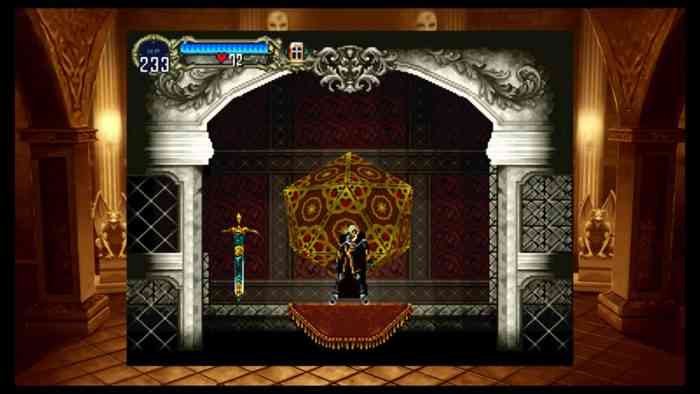 Luckily, the combat is much better in Symphony of the Night than it was in Rondo of Blood. Alucard’s agile, stylish movement makes dodging & attacking enemies a breeze and even the knockback effect (while still bad) isn’t enough to mar a combat system that feels engaging & fluid.

Stats play a pretty big role in this game and I often felt a positive sense of progress whenever I found or bought new weapons that were more powerful than the equipment that I had before. In fact, I’d say that this sense of progression is the strongest part of Symphony of the Night.

As I continued to play, Alucard felt increasingly capable with enemies that used to cause me trouble at level 3 now getting easily-dispatched at level 19 and areas that were previously inaccessible became explorable once I obtained certain power-ups. It feels great to go from cautiously exploring the castle to confidently strutting about, killing enemies left & right.

With all this in mind, I’d say that Symphony of the Night deserves its revered reputation as a classic PS1 title even though it’s a game that has some issues.

Castlevania Requiem is a decent port of two classic, beloved games. At $20, PS4 players are getting a lot of value for their money. Both games have a lot of content with optional levels & a secret playable character in Rondo of Blood and a massive, open-ended map in Symphony of the Night. Castlevania fans wouldn’t be making a mistake by purchasing this collection. 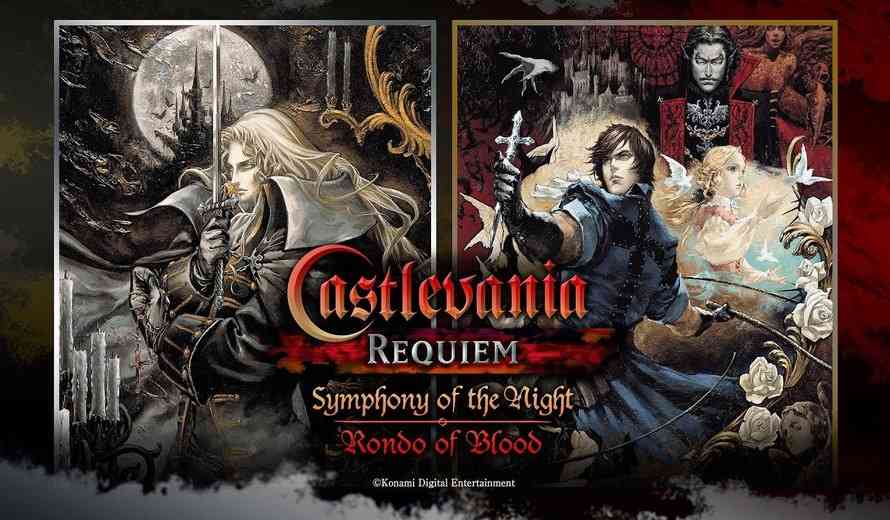