Sly Cooper is a Sony PlayStation franchise that hasn’t seen a whole lot of love in the past 7 years or so, but alas they didn’t forget about that rascally thieving raccoon.  Interestingly enough though, this newest game in the series, aptly called Sly Cooper: Thieves in Time, is not developed by Sucker Punch, the original studio that started the series.  Relatively unknown developer Sanzaru Games is at the helm this time around for both the PS3 and PS Vita versions.   We here at COG thought we’d do two separate reviews, one for each version.  I have been tasked with reviewing the PS Vita version, and in someway I am glad I have been delegated this duty as my Vita has not seen a lot of video gaming action lately.

Without giving too much of the story away, Sly Cooper has been living a normal and somewhat boring life since the last game, which was in 2005, but the itch to head back to his ‘pilfering’ ways has him looking for something to steal and live the life he once so cherished.  Just as this urge starts to rise we discover that the “Thievius Raccoonus”, which chronicles the long lineage of the Cooper clan, is stating to lose all of the content on its pages.  Long time Sly Cooper associate Bentley sets out to tell Sly, while making sure to grab the third associate of Sly Cooper’s rag-tag gang, Marshall.  Together these three embark on an adventure through time to discover why all the content is going missing from the “Thievius Raccoonus” and ensure it stays where it belongs, on the pages of the detailed book.

As you travel back in time you will interact with some of Sly’s ancestors that have contributed to the rich history of the “Thievius Raccoonus”.  You will come across quite a cast of previous Coopers and you have to ensure their safety and security in order to restore the content to the book.   Of course the game’s main villain plays a major role as to why this is all happening, but I won’t ruin if for you, but lets just say that he has a lot in common with Sly. 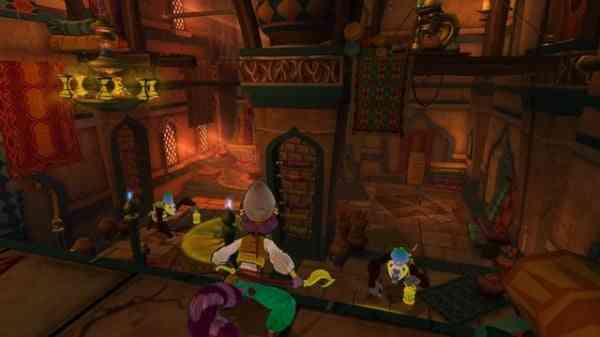 Thieves in Time is a 3D platformer through and through.  From exploring the various environments you come across to traversing walls, wires, and building roofs; there is a lot of platforming to be done here.  You can even involve yourself in some combat against your foes too.  You will find different styles of play depending on what character you play as.  Sly is a master of stealth while Bentley, a turtle who is wheelchair bound, has some neat hovering abilities to help him get around and a neat computer hacking mini-game to play.  Marshall, a pinkish hippo, is the brute of the team as he punches, belly flops, and jumps around.  You’ll find that you may have to use some ranged moves with your characters too, such as throwing a grenade, crate or barrel to knock something out of the way.   That being said, when using Sly you’ll find a simple navigation scheme of jumping and pressing the circle button when you see a shimmering glow on such things as a light post, ledge, wire, etc. that helps you to get you where you need to go next.  As you play through the story you are introduced to new characters and new moves associated with them.  Overall there is a nice selection of characters to use and it’s a treat to see so many new faces.

Each time period you travel to (there are a total of five main areas) acts as a main hub for all of the missions you will participate in.  During these various missions you will be tasked with such things as monitoring enemies, doing recon to find where you have to go next, or rescue another character to name a few.  As you do what is required you also collect various collectibles found in each level, such as coins, bottles, treasures and even Sly Cooper masks.  These are utilized for extra bonuses, weapons, moves, or game features that you can open up back at your hideout.  Exploring your environment can add to the overall gameplay as getting that one “almost-out-of-reach” collectible is rewarding in so many ways.

As you may expect, you’ll find a boss at the end each episode you complete.  The emphasis here is on combat, and I found that I didn’t mind what was offered.  Figuring out the pattern of attack/defense can result in defeating each boss and you’ll need your platforming prowess now and then to be victorious.  That being said, some will be a bit disappointed that each boss fight is a “figure out-wait it out-attack” approach, but hey, platform game bosses are usually all about this style and it works. 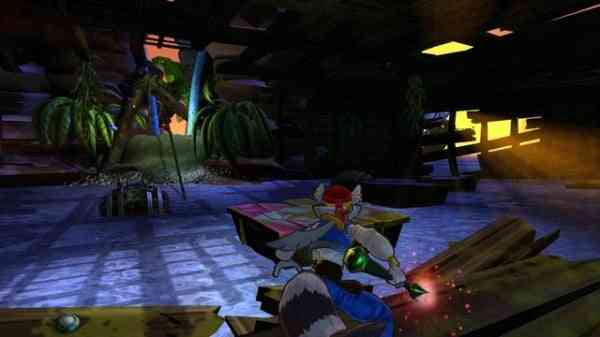 Control in a platform game is always important, and on the PS Vita version of Thieves in Time it is pretty good.  Sure, I found myself missing the odd jump, but overall the games control is pretty bang on and not nearly as floaty as I thought it might be.  The game uses all of the control abilities of the PS Vita too, from buttons and analog sticks, to the Rear Touch Pad and motion sensor ability.  Surprisingly none of the controls felt too gimmicky either, which is good as there is nothing I hate more than a game that incorporates controls using some of the Vita’s features and they just don’t make sense or seem out of place.

Theives in Time is a strictly single player approach, both on the PS Vita version that I have reviewed, as well as on the PS3.  In some ways I think that this game could have benefitted from a cooperative play mode.  It could have worked on either the Vita or the PS3.  In terms of the PS Vita, it has both local and online multiplayer capabilities, and such an option would have been cool here.  Does it hurt the game in the long run; not really, it is just something that I wish was included.

Luckily enough, you are not punished too much, if any, for failing your missions.  This is a double-edged sword so to speak.  For those not accustomed to games like this, or those who are a bit younger, there is a chance they can be somewhat successful.  For the veterans though, this game may seem too easy at times, and although there is a lot to explore and collect, the overall challenge is not too great for those who are platform masters.  Thieves in Time also has some really long load times on the PS Vita.  I was taken by surprise with how long I had to wait between levels and stages.  Given the storage medium of the Vita, I expect quicker load times.  The games difficulty and long load times are not particular deal breakers, just something I wanted to point out for those considering this game.

I should also note that Thieves in Time is a first party game that is cross compatible, so you can load your PS3 or PS Vita save to the “cloud” and access your saved game on one of the other consoles should you wish.  This is great for those playing at home on the PS3 and who own a Vita and want to take the game on the run with them. 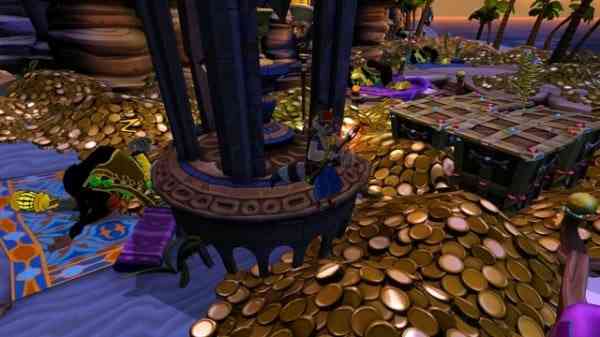 Visually I was quite happy with the look and presentation of Thieves in Time on Sony’s handheld.  This 3D platformer is presented with a cel-shaded look and it suits the game quite well.  From Paris to Japan, and the Wild West to a level heavily influenced Aztec-like level, there is a fair amount of variety.  The graphics engine keeps things moving at a fluid clip too, only stuttering once in a blue moon when things got a little too hectic on screen.  There is also a nice use of lighting and particle effects too, from explosions, running water, to fire-fly like bugs.  I did struggle with the 3D camera now and then, but it was nothing that could not be fixed with a slight toggle on the right analog stick.

The sound wraps up the overall game package.  From the good voice acting, the noticeable but not grating music, to the sound effects, I don’t think many will complain here.  I really enjoyed how the characters interacted with one another and each time you found a new Cooper back in time the experience was original.  Kudos to the development team for taking the time to make the voice acting better then I had expected.

At the end of the day I found myself pleasantly surprised with Sly Cooper: Thieves in Time on the PS Vita.  With colourful visuals, a neat little story, and some great voice acting, the game is only hampered by its simplicity, a few minor camera issues, and some long load times.  Sure, it doesn’t bring anything radically new to the genre, but it is a good game nonetheless.  Sly Cooper fans should be more then satisfied with this long awaited game in this series while PS Vita owners as a whole looking for something new to play on their Sony handheld console will be just as happy too. 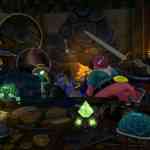 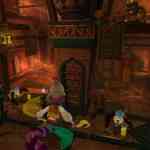 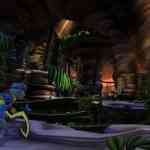 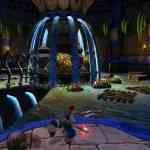 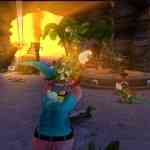 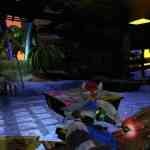 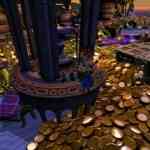 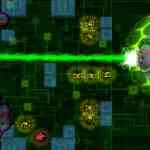 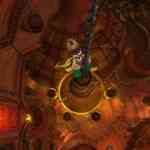 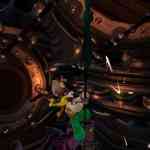