Sleeping Dogs: Definitive Edition Review – This Dog Needs to be Put to Sleep

Definitive editions of games are becoming more and more prominent these days. The latest game to receive this treatment is Sleeping Dogs, which hits retail today (at time of publishing). At the development helm is Vancouver based United Front games who are also responsible for the excellent Tomb Raider: Definitive Edition on Xbox One. We loved Sleeping Dogs when it first came out in August of 2012 on the last round of consoles. So the big question is will this love carry over into 2014 with merely a fresh coat of paint? Well, not quite.

New for the Definitive Edition are remastered visuals including enhanced graphical details, full 1080p resolution and the inclusion of all 24 DLC packs that were released for the original game. The DLC is a big part of the package. So what, specifically, do you get that makes it worth picking this version up over what is likely a bargain priced version on a last gen console? Notably:

• Year of the Snake pack. This DLC is a set of missions set after the end of the main campaign. There are extra achievements for you achievement hunters out there.

• Nightmare in Northpoint pack. It seems every game these days has to have a zombie mode but Sleeping Dogs puts a slightly humorous spin on its take. Wei must overcome various types of undead bad guys and save his girlfriend in this side mission.

• The Wheels of Fury pack gives you access to an upgradeable super car. Over the course of the five missions included with this pack you can fully upgrade the car to include several weapon configurations, styles and performance boosts.

• The Zodiac Tournament pack will appease fans of the game’s fighting mechanics with its focus on close quarters combat.

• Vehicle packs that give you access to new vehicles including bikes, boats and police cars plus extra race events.

If purchased on their own, all of these included DLC packs add up to $69. That’s pretty good value. When you combine this with everything already offered in the stand alone portion of the game the amount of content you’re getting here is ridiculously good. 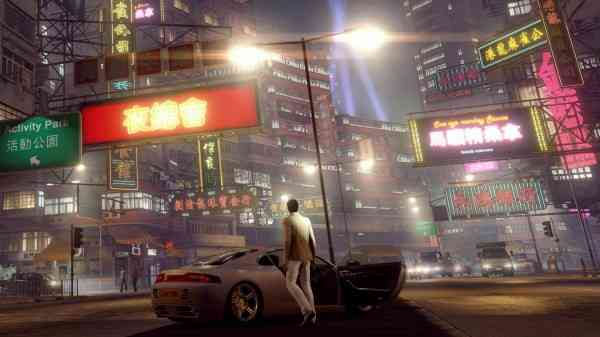 With plenty of 1080p or slightly less than 1080p content available on the Xbox One today the overall impact of the remastered visuals is considerably less than what I remember when first playing Tomb Raider on the Xbox One. Perhaps that is due in part to Tomb Raider coming out closer to the release of current-gen consoles (when 1080p was more of a novelty) but there are also several inconsistencies.

Main character Wei and major characters are significantly detailed and look fantastic. However, not every character gets this treatment. Minor characters with less detail create imbalances throughout the presentation. The city and environments probably benefit with more details, effects and citizens but as good as Hong Kong now looks the frame rate suffers. In the grand scheme of things it doesn’t overly hurt the game play but I think it’s fair to expect something more from a definitive edition that touts enchanted visuals like this; 1080p carries less weight when it doesn’t run smoothly.

While Sleeping Dogs is every bit as good as it was when we first reviewed it over two years ago, other games (like Grand Theft Auto 5) have moved the sandbox genre forward. With no enhancements to how it plays Sleeping Dogs shows its age. XB1 and PS4 versions of GTA 5 coming in about a month will undoubtedly cause some to put consideration towards where they spend their money. 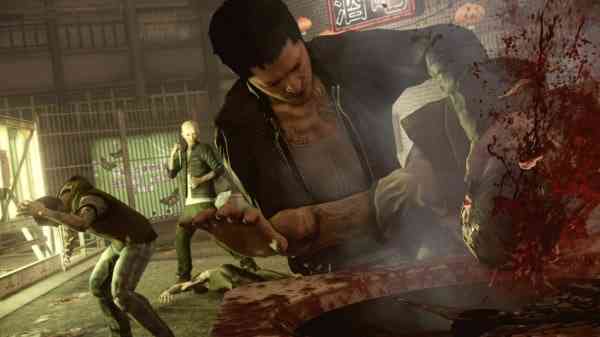 At its core the game is still great and all of the available DLC is good value but it’s easy to pack a bunch of DLC together in to a re-release. There is simply isn’t that much of an excuse when such a highly touted feature such as remastered visuals doesn’t work all that well. The lacklustre visual performance brings this Definitive Edition quickly back to earth. It’s half the point of playing the game on a new console!

If you missed Sleeping Dogs on past consoles and are looking for something to bridge the gap until Sleeping Dogs true sequel “Triad Wars” arrives, then maybe this one is worth a look. Overall, it remains a good game play experience. Otherwise, the poor visual performance negates the value of getting all the DLC and in no way does the treatment live up to the obvious comparisons that will be made to Tomb Raider’s Definitive Edition. It’s more average than definitive.

***This game was reviewed on the Xbox One***