Gabriel Knight: Sins of the Father 20th Anniversary Edition Review – Back to the Big Easy

I have a passion for New Orleans. I’ve never had the opportunity to visit, but the sultry city, rich with history, lively characters and a seedy past fascinates me. While Anne Rice’s Vampire Chronicles played a role in my curiosity, the countless hours I spent as a teen playing Jane Jensen’s noir tale of voodoo and the occult in The Big Easy left a huge impression on me. One that has stayed with me well into adulthood. Gabriel Knight is one of my all-time favourite games. A point and click adventure filled with mystery and intrigue. You can only imagine my excitement when I found out that Pinkerton Road and Phoenix Online Studios were re-releasing the 1993 classic with an updated 20th anniversary edition.

For those unfamiliar with the series, the titular character is a suave, blonde haired, trenchcoat wearing author. He is a man who is extremely arrogant, charismatic, and a womanizer. Using his charms he also has a way of getting himself into some very sticky situations. Owner of the not so prosperous St. George bookstore, he is in the midst of writing a voodoo mystery, and while researching his book, finds himself involved in a case of unsolved voodoo murders that have been plaguing the city. He begins to suffer from horrific nightmares of rituals and sacrifice, and the deeper he digs, the more alarming evidence he reveals. Discovering that his family’s past intertwines with the voodoo murders is a shocking turn of events. Jane Jansen has created a fantastically dark and complex plot. It’s filled up with interesting twists and remarkable characters, with the city providing the perfect backdrop for such an adventure. Taking Gabriel to locations like the beautiful French Quarter, the swampy Louisiana bayous, and the hauntingly beautiful crypts of St. Louis cemetery the scene is set for a grand mystery.

The mystery unravels over a series of 10 days, with each day offering a series of tasks and puzzles to solve before moving on to the next day. Fans of the game will be pleased that the familiar point and click gameplay remains, as does the welcoming chime when you’ve uncovered a clue, but some of the events have changed slightly, now taking place on other days. The map remains very much the same, with new locations appearing at key points in the story. Not unlike other games in the genre, there are numerous puzzles to solve, suspicious characters and persons of interest to be interrogated, and items to be collected. Each clue you uncover awards points, 362 in all, and this, along with the many Steam achievements to unlock means you’ll be clicking every jar, shelf, and door in New Orleans, not wanting to miss anything. 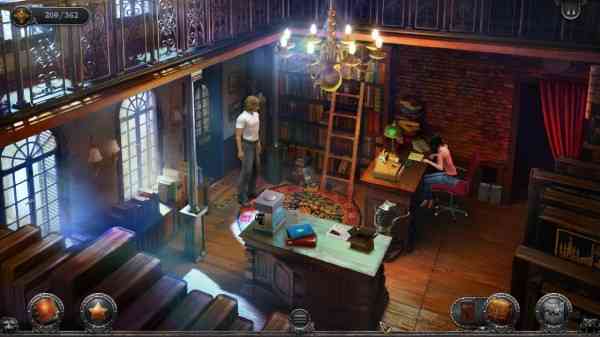 This time around, rather than a tape recorder, you now have access to a journal available in the menu at the bottom of the screen. This journal offers different levels of hints, from a vague reference where to go or who to talk to, or, if a player is very stuck, step by step instructions on how to move on to the next day. In addition to these hints, rather than spending a great deal of time in conversation trees, topics that will advance the story are now highlighted in yellow. Some may find this a welcome addition, but myself, an adventure game veteran, found this rather odd, and felt that it took away from the gameplay that made the game so amazing back in 1993. Part of the fun in my opinion is uncovering the story, speaking to people, the satisfaction of uncovering information and piecing together clues to further your progress, and it feels like some of the magic of that made it so amazing is lost here. I understand it’s likely their way of modernizing the gameplay, making it more accessible to new players, and perhaps I’m just a grumpy old gamer who hates change, but I wasn’t much of a fan of this option, as it really takes away some of the challenge that I loved in the original. There were a few improvements however that I did appreciate, including changes to some of the notoriously difficult puzzles, and a certain snake scale at a certain location is now not so frustrating to find.

The new and improved graphics were quite well done, with the addition of new details that I longed for in the original. It was truly awesome to get a closer look of the oddities and rarities in the Voodoo Museum, exploring the decrepit and beautiful tombs of St. Louis cemetery, the halls of the Schloss Ritter castle in Germany, and dark caves (and their creepy inhabitants) Africa. The character models, from a distance looked ok at best, and the character portraits, seen during conversations, looked rather off-putting and somewhat awkward, but the comic book style panels in the cutscenes were nicely updated. 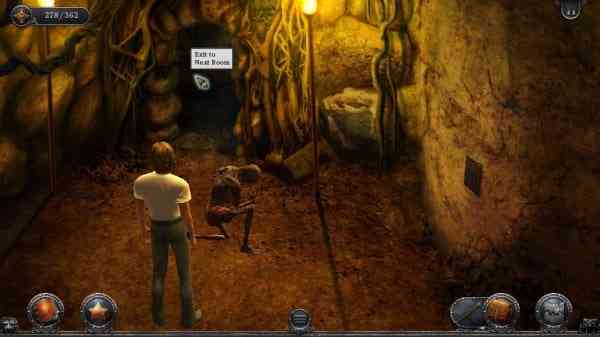 Perhaps I’m a bit spoiled by the fantastic voice acting of Tim Curry, Mark Hamill, and others from the 1993 version, but I was not a fan of the new cast. Malia just didn’t sound like the mysterious, sexy, strong willed woman she is and came off perhaps a bit too soft spoken.Tthe voice actor for Grace is much too nice, really not pulling off the sarcastic remarks that Leah Remini did so well. And the voice of Gabriel, well, think of Matthew McConaughey’s sleazy character from Dazed and Confused, and you’ll get the idea. Tim Curry’s portrayal really made the character and disappointingly, the new actor’s New Orleans drawl sounded just creepy and weird. However, I thought the narrator’s voice work was quite well done, perfectly capturing the snarkiness of the original, her quips and comments adding a welcome bit of comedic relief. The soundtrack, while a bit overpowering in certain areas, was redone beautifully, bringing back some very fond memories

Unfortunately, I encountered some glitches during my time in the game, some that left me extremely frustrated. Items that I had collected seemingly disappeared from my inventory, yet reappearing when I loaded the save again. The day not ending despite playing for hours, completing every task and finding every possible clue, and the game repeatedly freezing when speaking to a certain character. I understand that the game is still being polished, but it somewhat took away from the experience for me. I expected such issues to be resolved so close to release date, and do hope that future patches will eliminate some of these problems.

Despite the technical issues, my displeasure with the voice acting, and the addition of the hints in the conversation tree, underneath it’s still very much the Gabriel Knight I fell in love with back in 1993. It was wonderful to yet again to find myself immersed in a fantastic point and click adventure, filled with unique puzzles and beautiful environments, complemented by Jane Jensen’s amazing storytelling. While the 1993 version is arguably the better of the two, Gabriel Knight: Sins of The Father 20th Anniversary Edition is still quite good, a nostalgic adventure game that both longtime fans and newcomers will appreciate. 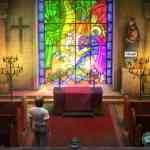 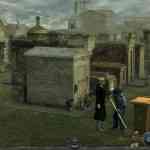 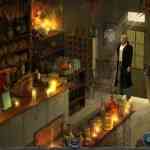 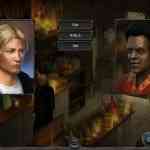 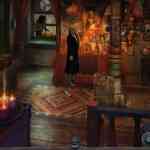 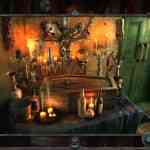 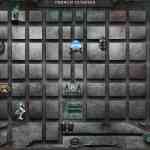 Next NBA 2K15 Review – King of the Court, The Reign of NBA Live is Long Over
Previous Sleeping Dogs: Definitive Edition Review – This Dog Needs to be Put to Sleep