The charm in Sky Force Anniversary lies in its simple design and play. Reminiscent of top-down scrolling shooters of yesteryear, I found myself with a nostalgic sense of spending hours in an arcade trying to get the high score. The premise is simple: shoot the enemy to earn resources so you can upgrade your ship in order to cause more destruction. Lather, rinse and repeat.

I had to do some research on Sky Force since I had never heard of it before. As it turns out, it was originally a mobile game first launched in 2004 to critical acclaim. The formula hasn’t changed much over the years. The anniversary edition was originally released in 2014 to celebrate ten years. With an obvious visual upgrade, Sky Force remains a highly addicting shooter.

Getting through levels requires dodging heavy waves of enemies and kamikazes. In order to gain access to new stages you must beat four challenges on each stage. Your total number of medals determines whether or not you can proceed. After four challenges have been beaten on normal, hard mode opens up and then insane after all challenges are beaten on hard.

“Playing on harder modes nets you higher resource rewards to permanently upgrade your ship and provide a very intense challenge.”

Upgrading your ship is absolutely crucial to gameplay and surviving tougher modes. There are temporary weapon upgrades throughout the levels gained by shooting enemies. Playing on harder modes nets you higher resource rewards to permanently upgrade your ship and provide a very intense challenge. Escaping a stage completely unscathed is a particularly tough challenge no matter how upgraded your ship is. Repetition is essential to beating the aforementioned challenges. Upping the difficulty brings enemies that will do more damage and fire their weapons at a faster rate causing frantic, frenzied action. Learning enemy flight patterns will help achieve success on every stage. 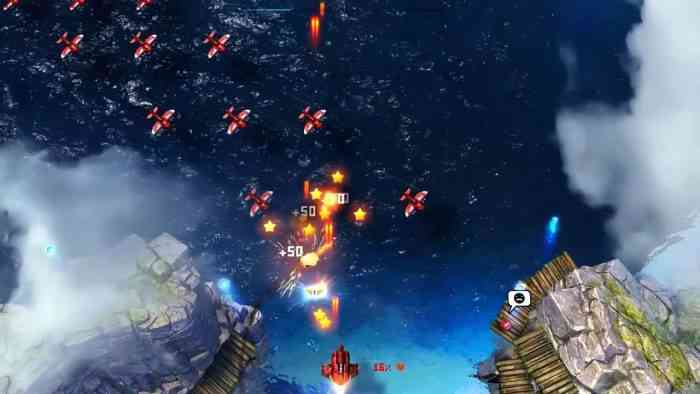 The environments are bright and pretty with crisp details. Cloud cover is a nice atmospheric effect that occasionally obscures targets. The water is a cool, deep blue that looks very inviting. It’s tough to imagine the challenge this game would have provided on a mobile device; I had a difficult time getting through it with an actual controller on a full HD setup. Sky Force translates extremely well to consoles with simple gameplay mechanics and intuitive controls.

The replay value is extremely high on each stage. There isn’t anything quite as satisfying as completely dominating a tough older stage with shiny new upgrades. The soundtrack and effects are surprisingly amazing; a quirky mashup of retro gaming and dubstep is the only way to describe it. An addicting soundtrack to match an addicting game.

“Shooting a certain percentage of enemies, rescuing stranded people and remaining unharmed for the whole level are the only challenges that exist.”

The lack of diversity with mission challenges is disappointing. The same four exist in every mode of the game. Shooting a certain percentage of enemies, rescuing stranded people and remaining unharmed for the whole level are the only challenges that exist. It would have been nice to see some mission specific challenges. Also, after unlocking certain upgrades you are charged more resources per use at the start of a mission instead of allotting a certain amount of uses. A frustrating choice the developers made because the upgrades are not cheap in the first place and their individual cost can really stack up. 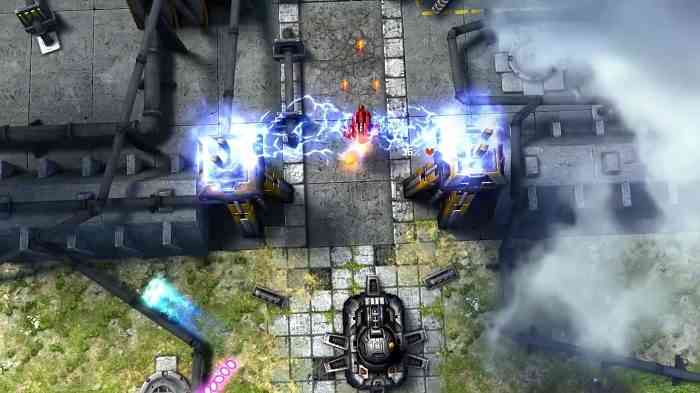 Since the game hasn’t been officially released yet I was unable to see how tournaments will work, but I am excited to have a chance to dive into those when they open. Co-op play is recommended to get through some of the later levels. It is a good challenge to run through on your own, but the chaotic destruction really shines with a partner.

Sky Force Anniversary is an excellent attempt to bring back simple games from the past. Pretty, addicting and fun, I would suggest this game to anyone looking to bring back classic style gameplay.

***An Xbox One review code was provided by the pubisher*** 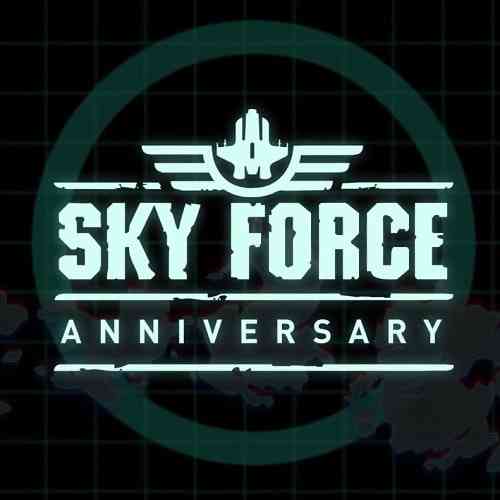