Shiness: The Lightning Kingdom Review – An Indie RPG with Punch

Shiness: The Lightning Kingdom (called Shiness from here on out) makes a good first impression with many positive traits, showing less rough edges than many of its equally ambitious indie peers, that you’d be forgiven for believing it comes from a bigger studio at an early glance. Mixing the RPG genre with deep fighting game mechanics and environmental puzzles, Shiness is an impressive outing for developer Enigami. While the action started to feel a little repetitive as the adventure continued and some questionable design elements popped up, Shiness left me with a positive impression in the end.

We’re introduced to our first party members, Chado and Poky, during an energetic and charming cutscene as their flying ship crashes on a foreign island filled with watchful eyes. Your first order of business as Chado is to track down Poky who’s lost in the forest but it doesn’t take long before your true fate is revealed and you’re set off on an adventure across multiple worlds. A role-playing game at its core, in spite of borrowing from disparate genres, you can tell a lot of love went into the crafting the characters and story. Chado and Poky, are a likable duo and the rest of the cast is rounded out with some interesting or at least entertaining figures. The world and story are told through in-engine cinematics, lightly animated comic panels and of course, quests. The weakest aspect of Shiness, and admittedly one of the most important, is the quests themselves and while not terrible in any way, many of them don’t make the experience of zig-zagging across worlds overly engaging and lack a big enough sense of reward, especially in the early hours of the game. There are a few stand-out moments if you see the adventure through, which I’ll keep spoiler free, but generally speaking the quests don’t re-invent the formula.

“The real-time battles that play out almost like a match of Pokken Tournament make up for some of the simplistic questing you may be doing.”

The magic abilities each of the five playable characters wield make for some fun but simple puzzle solving. Chado can summon giant rocks that can be thrown and used to press switches and Poky, being an engineer is able to use his tools to activate and link energy terminals. Kayeene, the strongman of the group, has telekinesis powers that allow the levitation and moving of objects. The depth to which these puzzles and mechanics are integrated won’t blow your mind but they are sometimes nicely baked into exploration. Other times, the puzzles bring out frustration and show some weakness in Shiness traversal and world design – more on that later.

The real-time battles that play out almost like a match of Pokken Tournament make up for some of the simplistic questing you may be doing and were a highlight. You can clearly see the inspirations from Naruto as well. Combat is a fast-paced mix of 1-on-1 close-range melee and long-distance magic attacks and you can swap characters on the fly for some epic tag-team pummelling. Standard punch and kick attacks can be combined with newly obtained disciplines (read: new special moves) as well as a parry, which is critical for success. Topping things off is a powerful and flashy hyper attack for big damage. 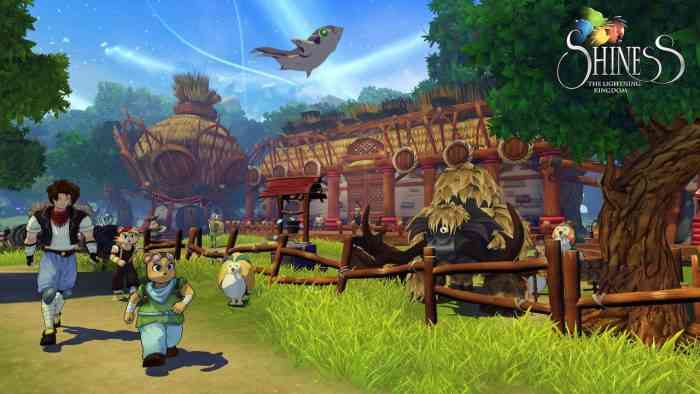 There’s more to think about than just when to defend and attack while in the ring with an opponent. Each magic ability you wield is tied to a corresponding force field color that surrounds the arena, so managing your meters and knowing when to recharge by pulling energy from the force field becomes just one of many strategies to think of during a fight. The camera can be a pain at times, with some angles making it tough to see projectiles coming, and the dodge and parry moves feel a little unresponsive but I was always engaged in a fight and enjoyed that each new area and enemy forced me to adapt with my own new strategies.

The art style and overall visual package here is an attractive one with each of the visited locations showcasing their own unique look but the invisible walls can really break the immersion, making exploration occasionally frustrating. I don’t expect Shiness to match the freedom of movement offered by the recent Breath of the Wild but not being able to jump cross a tiny stream to another playable area simply because it would negate the existence of a basic puzzle in a later quest isn’t great design. If you’re going to block me from doing the possible given my characters abilities, a somewhat organic way of explaining that should be presented. Otherwise, it’s just an annoying and unexplainable invisible wall in the middle of the environment. 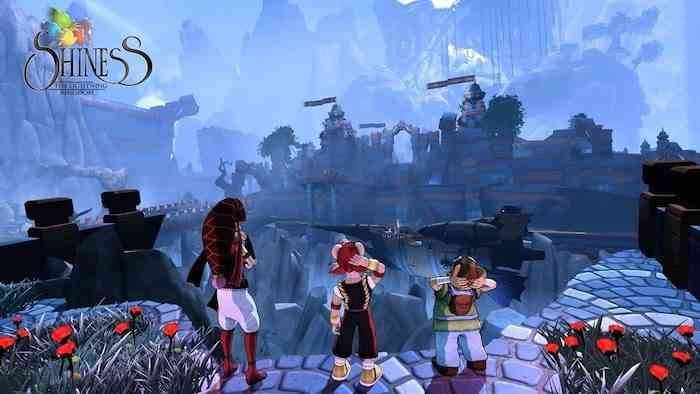 The music in Shiness also overpowers and drowns out any natural ambiance that may be present in the wild as you’ll be hearing melodies nearly constantly and they’re at the forefront of the audio design. This wouldn’t have been much of a bother if all the tunes were fantastic but I found a lot of the music that plays during open exploration to be okay at best and many of the audio loops were a bit short. The battle music got especially repetitive after a while, given my tendency to fight anything and everything in my path.

While I may have just as many criticisms as I do positive things to say about Shiness, I’ve actually really enjoyed my time with it. Likable characters, exciting battle mechanics, and interesting colorful locales kept me engaged throughout my roughly 25 hours with the game. It doesn’t set a new bar in any of its many disciplines but it’s clear a lot of care and love has gone into Shiness: The Lightning Kingdom and the team at Enigami should be proud of what they’ve accomplished. They’ve built a solid little budget RPG. 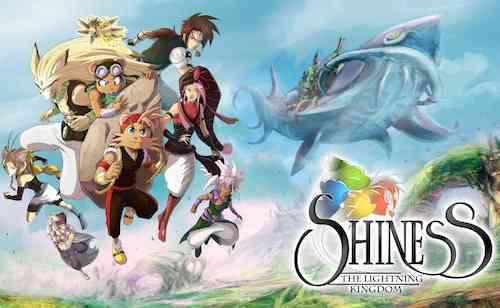