Wadjet Eye Games has carved out a very specific niche for themselves: retro style adventures with an emphasis on story. Their previous games — including Resonance, Gemini Rue, and my personal favorite Primordia — have been generally well-received and suggest that Wadjet Eye, as a sort of record label for neo-classical adventure games, has a discerning and refined palate for its releases. Their latest, Shardlight, is of the same caliber.

The game is set in a post-apocalyptic future in which a ruling aristocracy (complete with powdered wigs and flintlock rifles) controls the only source of a cure for the debilitating and fatal “green lung” and is characteristically stingy with it and everything else. The protagonist, a young woman trying to earn a lottery ticket for a chance at the cure by performing various tasks for the government, gets caught up in the schemes of both the ruling party and the insurgent rebellion hiding just beneath the surface of what society remains after the blast.

“The game’s introductory set of rooms, for example, feature a worn-down plaque that you have to make a rubbing of, by actually “rubbing” the mouse cursor over it once you have the appropriate item selected.”

Gameplay is fairly straightforward adventure game fare (combine this with that, show this to that person, go back and talk to that one guy another time, click click click) with a few twists. There are some puzzles that require drawing on the screen to uncover details that are not immediately visible. The game’s introductory set of rooms, for example, feature a worn-down plaque that you have to make a rubbing of, by actually “rubbing” the mouse cursor over it once you have the appropriate item selected. This “real-world” philosophy also extends to a chemistry-based puzzle a little later in the game and a general willingness to equate the in-game character’s problem solving with the actual player’s thought processes. 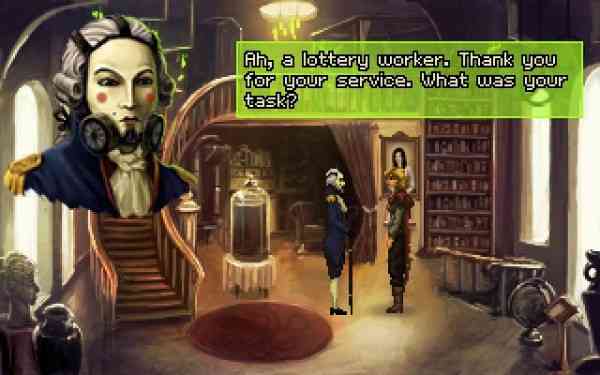 In some adventure games it feels like the character knows how to solve everything, it’s just that you’re too stupid to understand what to do. Here the character is just as clueless as you are, and some NPCs even make reference to the “puzzles” you’re trying to solve. The game presents you with various menial tasks that are, within the game world, known to be menial tasks. And the characters nudge you while almost winking to the camera that they’re giving you a clue. Because the mission you’re on is supposed to be a sort of test, and they know it.

This is maybe not the most original way to sidestep the occasional monotony that adventure game quests can produce, but it does add to the feel of the world of Shardlight. The citizens of the world aren’t doing so great, and their everyday lives are reduced to this type of thing.

“It’s sort of a combination of the post-apocalyptic feel of Fallout with some of the bizarre alternate-history aesthetics of Bioshock Infinite.”

If you’re a fan of these sort of “old fashioned” adventure games there’s a lot to like in Shardlight. The story is interesting and the visual style is intriguing. It’s sort of a combination of the post-apocalyptic feel of Fallout with some of the bizarre alternate-history aesthetics of Bioshock Infinite. It’s not all perfect — some of the dialogue is a little clunky and not all of the puzzles are super exciting — but it’s a solid game that explores some new ground. Wadjet Eye continues to deliver. 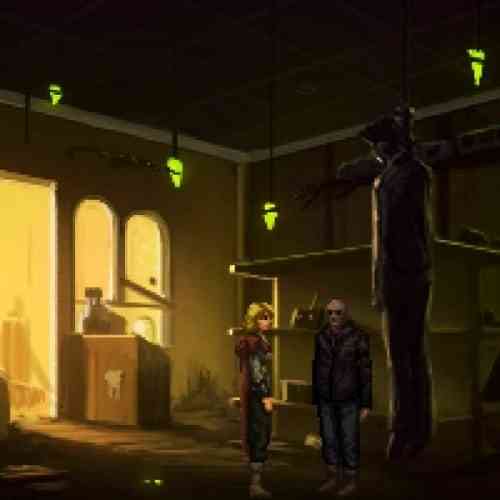 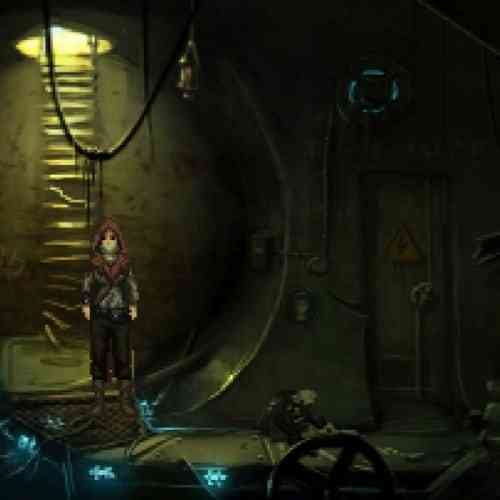 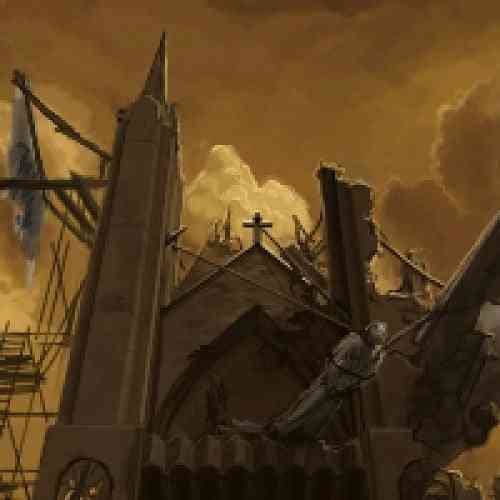 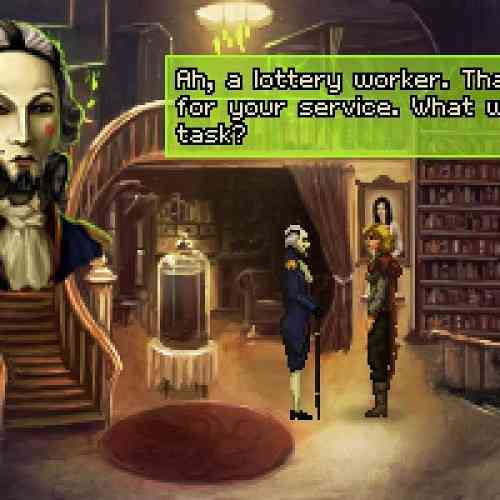 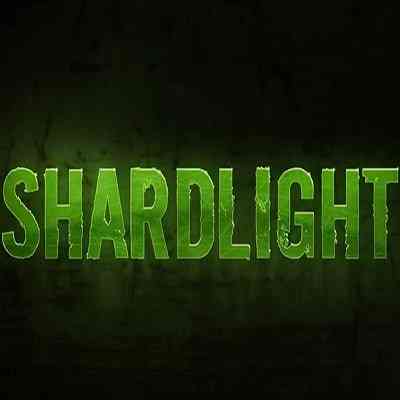 Among Us Fighting Game is Now a Thing That Exists
Next Senran Kagura: Estival Versus Review – All About the Fap-Service, I mean Fan Service
Previous Black Desert Online Review – Behind This Pretty Face is a Deep & Demanding MMORPG