Semblance is the latest puzzle platformer to arrive, courtesy of South African developers Nyamakop. Although also releasing on the PC, Semblance is a title that feels right at home on the Nintendo Switch. I had the pleasure of playing a short demo of Semblance at E3 2018 and came away intrigued and eager to see more. While platformers are not my genre of choice, I am familiar and confident enough to take them on.

In Semblance, you play as the character Squish, created by a guardian of the world. While the world of Semblance is made of playdough, an infection in the world has caused a hard material to spread. It is therefore up to the player and the player-character Squish to collect the essences of the world to return the world to its soft, playdough form. While the narrative appears clear, I had to visit the official site to provide a clear description, as the game does not narrate itself in any way, leaving players to deduce the story on their own. Because of this, the story plays a very small role in the game and is not necessary to the player.

As a puzzle platformer, Semblance’s primary gameplay loop is to solve puzzles and make your way through a slew of levels. Players have three primary actions: jump, dash, and “pop”. Jumping and dashing (in one of four directions) are self-explanatory, while popping causes the world around you to reset. Reset from what, you ask? Well, players can transform the world around them by dashing into soft parts of the world, moving and molding platforms to your specifications. In that sense, some could consider Semblance to be a “true platformer”.

The puzzles themselves range from being simple to challenging, with very few causing me any problems. Despite this, the game itself is enjoyable because it does not look to frustrate players, but to challenge them. My biggest gripe with the puzzles themselves is that certain solutions appear to be reused from time to time. Besides the puzzle challenge, there was a puzzle about halfway through the game that resulted in my save file requiring to be restarted. Players are provided with the ability to restart sections of levels. In doing so, I was put back at the start of a puzzle while my player-character had been deformed to a state that could neither move forward or backward. Because the game only has one save file that is linear from start to finish, I had to restart the whole game. 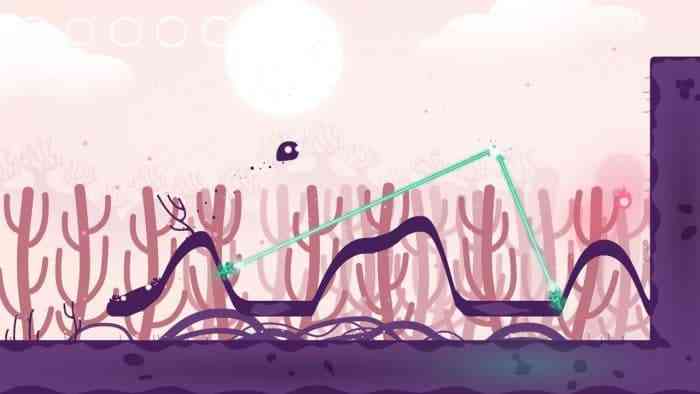 Semblance is visually pleasing, perhaps not in the way one might expect. The game does not feature highly contrasting, vibrant neon colors, nor does it have crisp, photorealistic graphics. Rather, Semblance features a pleasant color palette that is easy on the eyes, emitting a sense of calm in players during the game. Furthermore, the game features intuitive visual cues that easily indicate to players their objectives. Likewise, its audio is pleasant, fits the mood well, and provides players with proper audio cues.

Overall, Semblance is a decent puzzle platformer with a unique take on the platforming portion of the genre. While the game’s linearity provides a better flow to the game, individual level checkpoints would have been appreciated. Aside from a bit of repetition and the issue I personally encountered, Semblance was a pleasant experience. With its relatively shorter playtime and a requirement for precision in certain aspects, Semblance may very well be a game suited for speed running.