Pool Panic Review – Everybody Into the Pool

Pool Panic, now out on the Nintendo Switch, is hyped by developer Rekim as “the world’s least realistic pool simulator,” and after playing it I would definitely agree. While it takes its basic cue from the traditional game of billiards, this little game takes demented glee in twisting, warping and creatively perverting the original to such a degree that any connection is barely recognizable. And that makes it lots of fun to play, despite some of its imperfections.

Things start out normal enough. You’re given a quick Tutorial to start, in which you learn that you play as a character – a white cue ball whose goal is to get other colored balls into pockets. You use the L button to place your cue ball, the Right Stick to aim, and the ZR button to shoot. But quickly, you see that some things are a bit off here. For one thing, not only can you walk around on legs, but so can the other colored balls, and they often do – including while you are trying to knock them into the pockets. Other balls refuse to move when hit, some explode, some leap into the air, and so on, making your task as much about figuring out how to deal with these kooky characters as it is about shooting and aiming.

After the Tutorial, you’re set free in a pretty huge open world map, with various levels sprinkled about for you to beat. Each offers a new puzzle scenario involving everything but green felt pool tables, and sinking all the balls presents new and varied challenges. Sometimes, different colored balls must be sunk in a certain order, or within a certain time otherwise they will run away from you. Other balls will only show themselves after you have done a task, like ring a bell or shake a barbeque (yes, you read that right). In one aspect at least, Pool Panic sticks to actual pool in that you always have to sink the black ball last, after which you jump in after it and exit the level.

Pool Panic’s sense of wacky fun and irreverence is very entertaining and even hilarious at times. While I found the game’s massive overworld map to be confusing, and I was never sure where I was going or why, I always felt enthusiastic to keep solving levels and see what surprises the game might throw at me next. The cute, quirky characters, zany situations and cartooney sound effects and music all make Pool Panic a silly pleasure to indulge in, even if you’re not a hardcore pool fan. 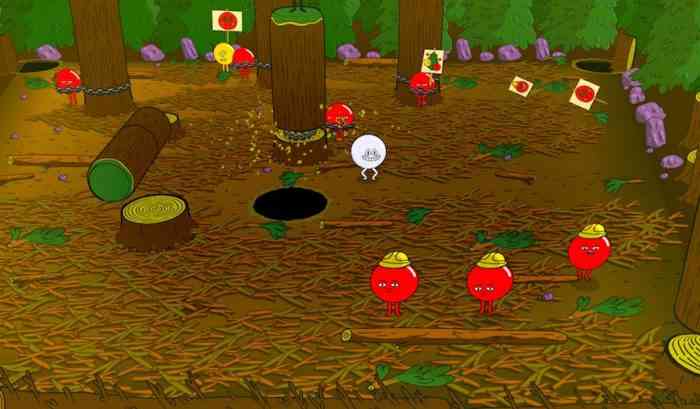 The developers do their best to keep things new and fresh over Pool Panic’s 100-plus levels, putting you in all kinds of odd scenarios to test your skills. Over my play time, I found myself in locations that included a farm, the Old West, a factory and more. While puzzle games like this can feel repetitive after a while (Angry Birds, anyone?), Pool Panic is better than most, changing up the settings and tasks so that you’re not just playing the same game of billiards over and over.

While I loved Pool Panic’s creativity and crazy attitude, I wasn’t crazy about everything. For one, the fixed camera angle was a major irritation. My view was always stuck in an overhead, angled position, meaning I could not see behind certain objects at times. That was a huge problem if colored balls were behind those objects, or if my aiming path was obscured. In a game like this, the ability to rotate the camera is a must, and its absence in Pool Panic was very irksome.

Also, and perhaps more troubling, Pool Panic is missing a couple of pretty crucial gameplay aspects. For one thing, I wasn’t really given any “story” or overarching purpose to solving all these levels. I get that this is a puzzler, but even puzzlers have some sort of narrative premise – a princess has been kidnapped, evil pigs have stolen someone’s children, whatever – to tie them together. In the case of Pool Panic, the absence of a narrative is even more tragic, since this is a game full of wacky characters already. It would have been so much better with satirical dialogue and meta-humor between levels, in the vein of the South Park video games. 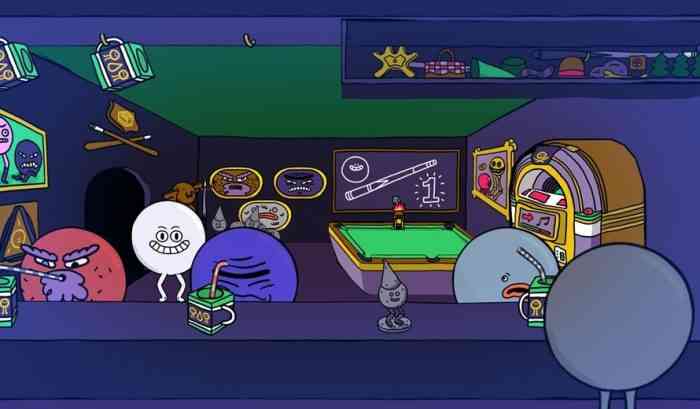 There apparently also were, I noticed, challenge objectives for each level, but I was never sure what these were as they are never really explained by the game. I gathered, from the clock icon, that time was one of the factors, but the others weren’t clear. A sock icon appeared whenever I sank my white ball too soon, so I assumed that was another measurement – but all of this was left to me to guess at. And even if I knew the objectives, it was never clear why they were important, since merely completing a level allowed me to move on to the next ones regardless. In general, I found that Pool Panic lacked thorough instructions and its attitude to the player was a little bit too laissez faire.

Nevertheless, I enjoyed playing Pool Panic and I was impressed with its fresh and original vibe. On a basic level, it is a casual puzzler that fits perfectly on the handheld Switch platform. Pick it up, have a laugh, and test your skills without pressure, and definitely without any need to panic. As long as you’re not expecting too much depth and you’re ok with being confused much of the time, I recommend you jump into the pool and give Pool Panic a shot. 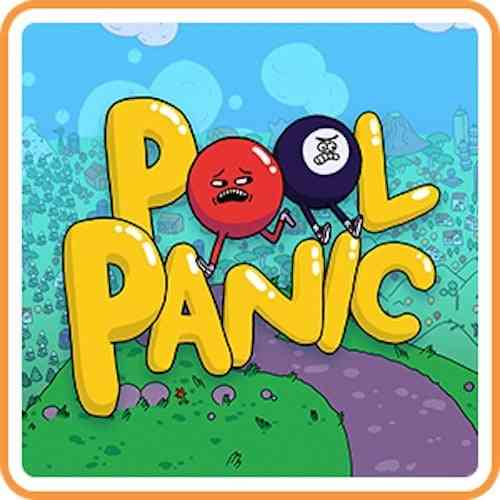