Salt and Sacrifice Review (No Spoilers)

I don’t envy any developer releasing a Soulslike game in the same year as Elden Ring. FromSoftware’s open world masterpiece sets a pretty unattainably high bar. Salt and Sacrifice, like its predecessor Salt and Sanctuary, certainly borrows mechanics from Dark Souls. Being a 2D side scroller, however, it looks and feels quite different from anything by FromSoft. And this time around, it adds new mechanics and ramps up the challenge even more. It’s a remarkably polished and engaging game essentially made by a two-person team.

2016’s Salt and Sanctuary was part of a small tsunami of action/Metroidvania games that brought Dark Souls’ level of difficulty and skill-based combat into the 2D space. Legions of similar games followed. In 2022 we’re to the point where calling a third-person action game “Soulslike” almost goes without saying. Games that go in a different direction are now the exception.

Salt and Sacrifice definitely buys into the “if it ain’t broke” approach to design. Players of the first game will feel very much at home, and Dark Souls fans will be equally comfortable, whether they played Salt and Sanctuary or not. If you’re a Souls newcomer that cut your teeth on Elden Ring’s accessibility, however, prepare for a beat down in Salt and Sacrifice. 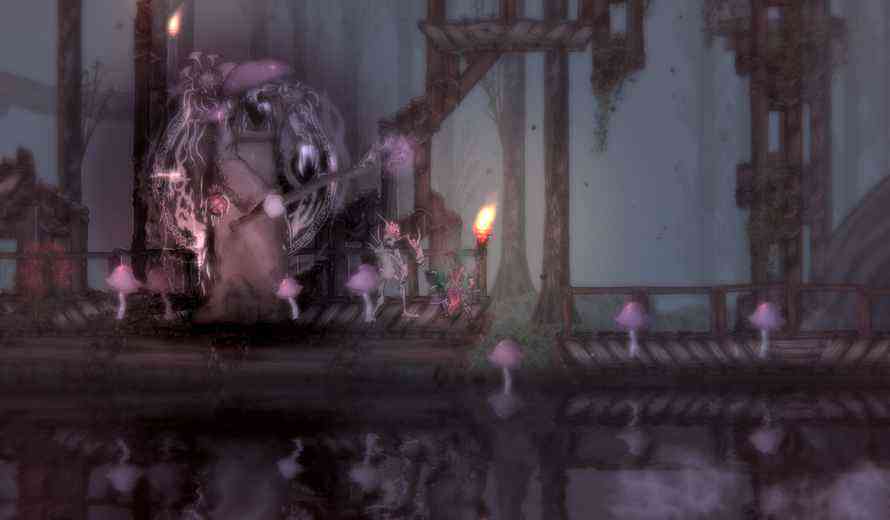 You start by picking a character class. The eight classes are familiar types like nimble rogues, hunters and fast-rolling heavy weapon users. No fireball-throwing magic users, though, which is logical since you’re fighting the forces of magic. Just like in Dark Souls, your starting class is just that. It gets you through the early game, after which you can shape and spec your character in lots of directions. You also pick a crime, which initially gives you a specific starting item and some dialogue from NPCs. The crimes are really more akin to character traits, like drunkenness, lasciviousness or a tendency toward thievery.

After you pick a character, you’re tossed into the game and hub town. You speak to the usual array of NPCs, unlock a portal into the starting area, and the challenge begins.

Prepare to Die, as the Saying Goes

The Arch is something new to Salt and Sacrifice. It’s there to transport you to new areas. To destroy the Warding Seals that unlock new regions you have to slay the area boss or all the mages in an area. The mage-dispatching task is at the heart of Salt and Sacrifice’s story and how you fit in. You’re a Marked Inquisitor, condemned to help rid the land of magic and monsters.

The new hub area of Pardoner’s Vale contains the usual array of vendors and crafting stations. You use your collected salt (the game’s currency) and other materials to create consumables, upgrade your armor and weapons, and level up your character. None of this will seem surprising or difficult to understand for veterans of Soulslike RPGs. While there are some specific variations and mechanics unique to Salt and Sacrifice, the bones are familiar and comfortable. 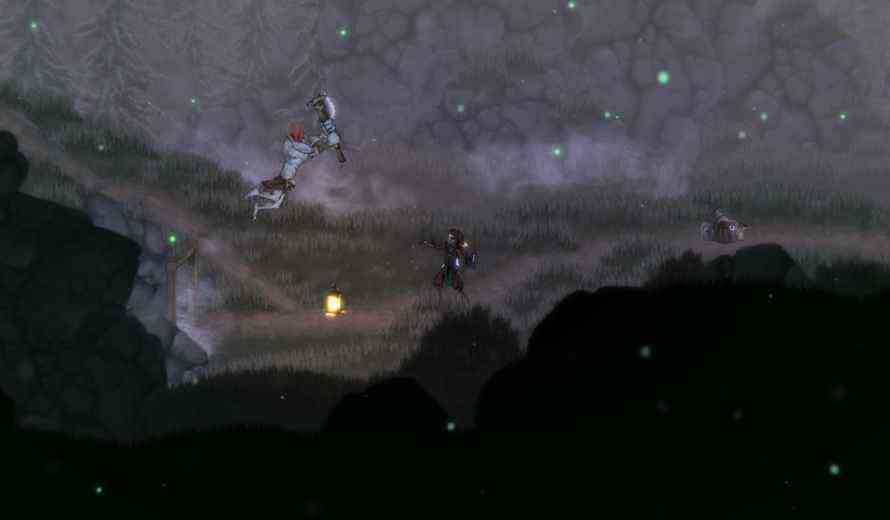 This is particularly true when it comes to combat, which is very Soulslike. Rolling, I-frames, blocks, and parries work as expected. Stamina management is immensely important, and failing to attend to the stamina bar is often fatal. Weapons are uniformly fun to use, depending on your playstyle. Many weapons have elemental effects, called Runic Arts, which are tied to focus or combat. One thing I particularly appreciated was the ability to craft consumables like arrows or bombs with a single button press. You also restock at obelisks, which are the game’s version of bonfires. Salt and Sacrifice — like the first game — folds in a bit of light platforming. This time, there are some new moves like wall jumping, and even a grappling hook, a reward for defeating the first boss.

A Sigh of Relief for Non-Random Design

While it’s a 2D game, Salt and Sacrifice includes plenty of labyrinthine, Soulslike complexity in it’s five main hub regions. Finding shortcuts and side paths is challenging and rewarding, and while enemies respawn at death or when resting, they do so in the same locations. The enemies themselves are varied and uniformly interesting to fight. Like in the best Soulslikes, even low-level enemies can be fatal in the early hours of the game. Aside from what’s essentially a tutorial boss, there are plenty of mages and bosses that will prove extremely difficult.

Visually, the second game is more colorful, inviting and far less murky than the first. The developer created all-new art, and it’s an improvement, though maybe not quite as moodily grimdark. Though there’s a bit of soft focus to the visuals, overall things are sharper and not quite so muddled. There’s no voiced dialogue and the environmental audio design is good, but the star of the show is Maclaine Diemer’s music. Best know for the big musical gestures of Guild Wars, Diemer’s more understated music for Salt and Sacrifice is excellent.

Salt and Sacrifice includes an easy-to-use co-op mode that makes exploration even more fun and takes just a bit of edge off the challenge. Though I didn’t have the chance to try them out, the game has a handful of different PvP modes as well, including Soulslike invasions.

Not Quite Perfect, But Damn Near

It’s a good thing that Salt and Sacrifice’s controls can be remapped because, after thousands of hours of Dark Souls muscle memory, the default button assignments weren’t working for me. That issue aside, the imprecision of some controls was annoying. The hotspot to initiate NPC dialogue was maddeningly hard to pin down and changing character direction wasn’t always snappy. The grappling hook mechanic requires a button and trigger combo that felt unnecessarily cumbersome. Clearly, platforming is not where Salt and Sacrifice is at its best. 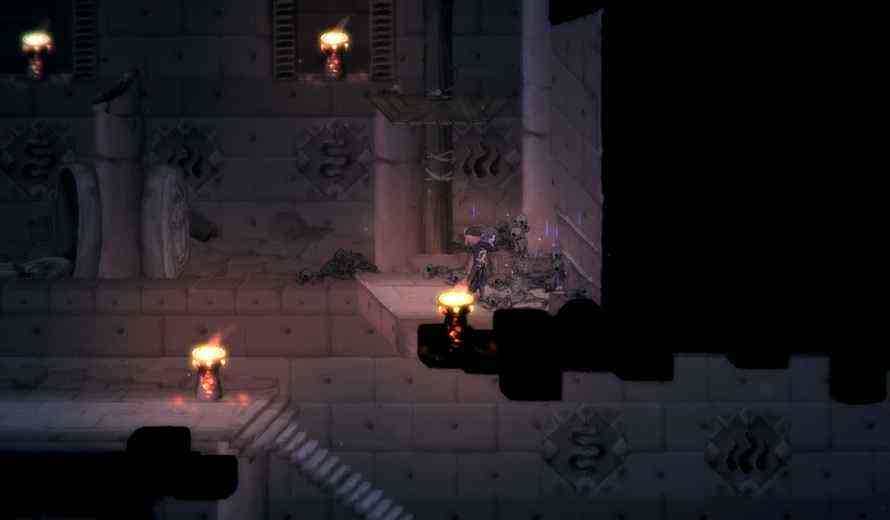 Occasional minor frustrations with the controls aside, it’s hard to find fault with Salt and Sacrifice’s challenging combat and level design. The original was one of the best 2D Soulslikes, and this follow-up has a more appealing style and plays even better, with more varied mechanics and deeper choices. While recent FromSoftware games have encouraged more assertive approaches to enemy encounters, Salt and Sacrifice has an old-school vibe that demands patience, determination, a willingness to grind and the ability to find satisfaction in doing so. Fans of the original won’t be disappointed, and more recent Souls converts will find a new addiction as well.