Microsoft Studios is re-releasing a trio of Xbox 360 games that were released over five years ago, including Rush: A Disney Pixar Adventure. Originally, Rush was a Kinect-only title, but this port provides support for the Xbox One controller. In addition, Microsoft has bumped up the game’s resolution substantially to take advantage of your brand new Xbox One X and it’s 4K capabilities! Is this family-orientated title worth adding to your Xbox One collection?

Rush: A Disney Pixar Adventure stars you, as a child, arriving at the Pixar park. This park has six different areas, each representing a different Pixar movie such as Up, Ratatouille, Toy Story, The Incredibles, Cars, and (brand new in this re-release) Finding Dory! Each area has children that want to “pretend” to be in a scene from the specific area, so they set the stage and then it transitions to the actual movie scene. It’s a neat way of setting up each level. Replaying moments from these iconic movies is fun, but they never really capture the charm the movies provide – but that’s okay since this game is targetted to a younger audience whereas the movies are designed to appeal to everyone. Just don’t expect to get the same feels you get from the movies with these games (that damn opening scene in Up still brings a tear to my eye…). 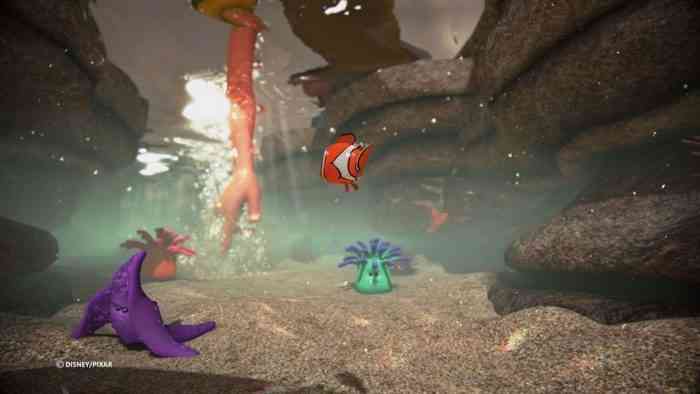 While none of the camp areas/levels were particularly difficult, most of them were still enjoyable to play – especially playing co-op with my son. The Cars levels were meant to feel like players were racing, but ultimately you were just driving from point A to point B – fun, but not exactly “racing”. The Finding Dory levels felt a bit like playing Star Fox underwater, without the shooting or annoying talking frogs (but there were other talking sea creatures)! Toy Story, The Incredibles, Up and Ratatouille were more like platformers with a lot of running, jumping and some basic puzzle solving (find the right platform to turn of the lasers… easy things like that). The levels rarely last more than five or so minutes, so you could probably play through the entire game in an afternoon. With that said, the target audience – younger gamers – are probably more willing to replay levels over and over again.

Visually, Rush: A Disney Pixar Adventure is a pretty game, with bright, cartoony sets and characters. They’re not nearly as stunning as their actual movie counterparts – but for the younger audience that they’re catering to, it does the trick. All the characters are voiced, but not by the original actors. It’s not a huge issue and the younger gamers will likely not even notice the difference. Fun fact: Toy Story’s “Woody” is voiced in the game by Jim Hanks – the brother of Tom Hanks (who, of course, voiced Woody in the movies). 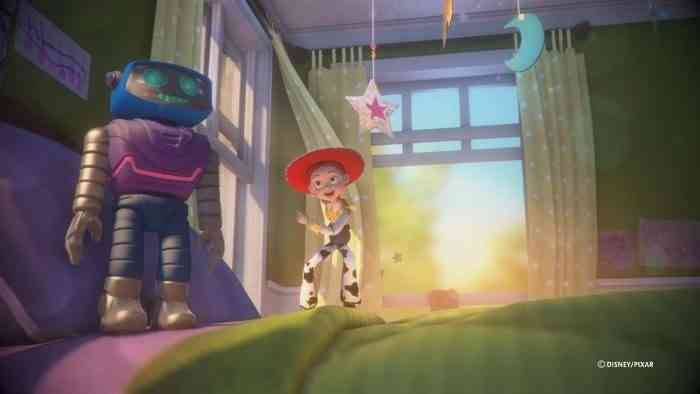 As mentioned before, the game features a co-op option, and it’s available for every level. The co-op is local, split-screen only – no online modes in this game. I liked the fact that both players could sign in with their own profile and character they created – it was all nicely integrated, and provides both players the full experience as opposed to just giving the second player some randomly designed character.

Rush: A Disney Pixar Adventure is a great game for young gamers. The co-op mode is awesome for parents who want to play with their kids. The park hub is a fun concept and allows players to bounce back and forth between movie areas quickly. While the original game was Kinect only, this re-release now offers controller support which provides a much more enjoyable experience. The game has nice visuals, especially the Finding Dory levels and will look even better with an Xbox One X and 4K TV. While the game isn’t particularly long, the levels are short enough that you can play through a couple times without getting overly bored. Older players will breeze through this game, but younger players will feel a sense of accomplishment without any frustrating or overly challenging bits. Rush: A Disney Pixar Adventure is an easy recommendation for families with younger gamers in the house. 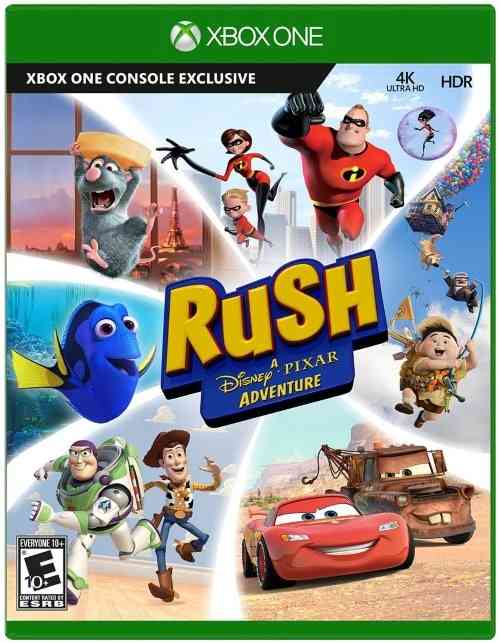