When a game series has spawned 68 titles over the past 22 years there tends to be some expectations on what newer titles in the franchise contain. What would a Lego title be without building, destroying, and a story with some amusing aspects? Lego Marvel Super Heroes 2 is the latest to employ that time-tested formula but does that formula still provide a good game experience or have things gotten stale? Let’s dive in and see.

The first part of that classic formula is the story. The great thing about any game in the Marvel universe is having a wealth of stories and characters to draw from. In Lego Marvel Super Heroes 2 the story revolves around Krang the Conqueror who has traveled through time and differing realities to capture cities to merge into one. That city, Chronopolis, has also captured our various heroes as well. They must work together to stop Krang from taking over the world.

“It’s the familiar gameplay that is both the biggest asset and drawback in Lego Marvel Super Heroes 2.”

The story is quite entertaining throughout as players control a rather enormous cast of characters. While all the most recognizable names are present, a good number of “lesser known” characters play roles as well. This “something for everyone” approach to the characters is great for ardent Marvel fans, but also helps in getting relative newcomers acquainted as well; it’s a win-win. Apart from the giant band of superheroes, one thing the story provides that’s a long-running staple of Lego games is humor. While an older audience may not be quite as amused with some of it, I can guarantee my kids will have plenty of laughs playing. Regardless of age, M.O.D.O.K. getting pecked in the face by chickens is pretty funny to watch.

The next part of that Lego formula is the gameplay: destroy, build, and collect coins. If you’ve played at least one of the titles in the past you are likely familiar with this concept but to keep things fresh there needs to be some diversity to the levels and characters. The robust cast of characters, each with their own special moves, gives us one part of the equation. The second part and perhaps the most important is the level design. While the bulk of the story and action take place in Chronopolis, which gives players a nice open world setting to play around in, getting to that point feels slightly dated. 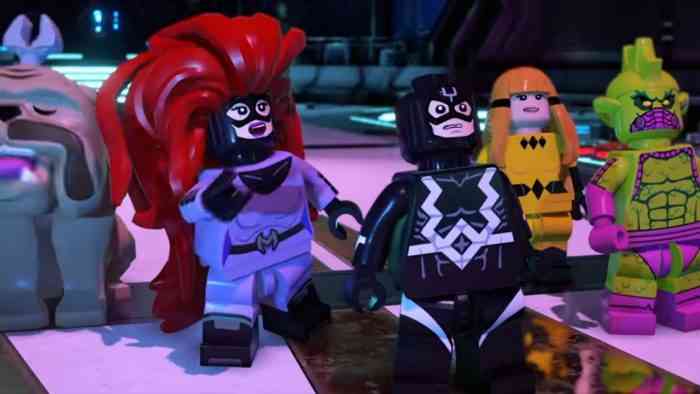 First impressions are important and unfortunately, the first few levels just aren’t the strongest. They offer up a very linear path that’s hard to differentiate from many of its predecessors. Even if you are facing five bad guys in one stage it feels stale. Thankfully, once players hit Chronopolis they’re treated to an enormously entertaining web-slinging battle across the city. That along with some other highlights, like manning the guns of a plane for an aerial battle, really bring the level of play up. It takes a little time to get there, but once you do, it is a lot more entertaining of an experience.

It’s the familiar gameplay that is both the biggest asset and drawback in Lego Marvel Super Heroes 2. If you’ve played just one other Lego title recently, it shouldn’t be hard to get right into the swing of things and that’s a positive. On the flip side of that though there are times the game seems to assume that you have played previous titles. Puzzles in-game usually consist of a what (or who) and a where. The game will gleefully make it abundantly clear what it is you’re supposed to do with each of your characters’ powers. It is, however, less helpful at times in letting you know where you should be standing to do this. While it’s not a hard game, a player’s familiarity will determine exactly how easy or hard it is. Trying to place myself in a first-timer or even younger player’s shoes, it may assume a bit more than it should from the start.

“The actual gameplay is silky smooth and looks great both docked and hand-held.”

Let’s switch gears for a second and talk performance on the Switch itself. The actual gameplay is silky smooth and looks great both docked and hand-held. It’s actually quite a good looking game. Where the game runs into issues, however, is during the cutscenes. Even from the intro, you can see issues with frame rates, it’s not jittery or overly terrible, but there are some noticeable spots where the scenes aren’t smooth. It wasn’t the only issue with the cut scenes either. After finishing an early level the scene froze on screen yet I could hear the game continuing on in the background. I waited and let it play out, hoping to get to the end so it would save and I could continue on. Unfortunately, that was not the case and I had to redo the rather long level again.

Even taking into account some of those negatives, Lego Marvel Super Heroes 2 is a really good game to play. There is an abundance of things to do and collect, enough, in fact, to pour countless hours into it for those looking to 100% the game. You don’t even have to go at it alone as you can co-op as a team as well, just like the superheroes do! Lastly, there’s the option to battle online against other players. Bottom line, you’ll certainly get your money’s worth out of it. While the game sits on the brink of some tired gameplay at times, it manages to keep things fresh and interesting enough to make it worth your while. 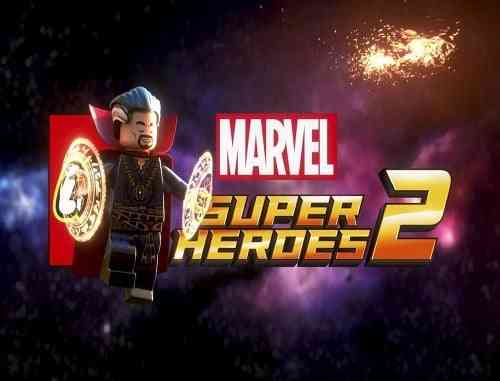