Robonauts Review – This Modern Arcade Shooter Should Have Been Better

Few of today’s gamers seem to know the thrill of going to the arcade with a sack of hard-earned change to play video games. Being surrounded by bright lights, loud noises, adolescent swearing, and the smell of cheap hot dogs, arcades were the equivalent of the casino and for many, it was a staple of childhood. As we grew older, so too did video games, as we demanded more and more out of our interactive stories. Yet there is something to be said for the charm of the arcade experience, something that Robonauts stirs up in the minds of those who remember it.

From developer Qubic Games, Robonauts is a charming throwback to classic arcade shooters, using modern technology to give it a fresh gameplay mechanic that will leave some gamers with their head spinning. Players take control of a nameless maintenance bot that instantly makes you think “What if Wall-E and EVE had a baby?” – As he goes about his boring life of cleaning the ship. Finding his way to the hangar bay, he enters a huge combat mech and – accidentally taking it for a spin – crash-lands on an alien and hostile world. It’s a wordless tale about having dreams of becoming more than you are, but really it’s a Pixar-esque set-up for a little arcade mayhem.

“Players are able to leap from planet to planet effortlessly with the camera pulling a complete 180 degree shift to keep the ground beneath your feet centered.”

Our hero is equipped with jump thrusters, grenades, and a short range blaster as he travels from stage to stage blasting baddies to what is a fantastic, classic arcade-inspired soundtrack from Simon Viklund – the composer for games like Bionic Commando, Ghost Recon, Street Fighter 3, and Payday, to name a few. The shooter aspect of the game is a straightforward affair: point at baddies, shoot baddies. Enemies will drop new weapons and grenades for temporary use that can make all the difference as the levels become more and more chaotic, but the standout feature to the game is its defiance of gravity. 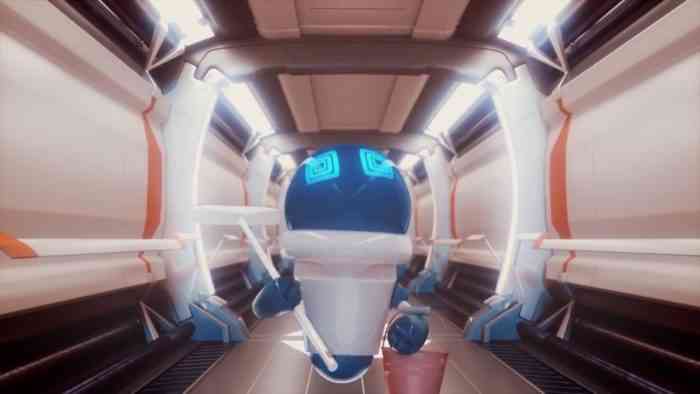 Each stage is composed of several small planetoids within close proximity to one another. Players are able to leap from planet to planet effortlessly with the camera pulling a complete 180-degree shift to keep the ground beneath your feet centered. If you take your time wiping out the bad guys, it’s a nice little quirk to see, but on certain levels that require you haul your mechanical butt, I can see how planet hopping might be disorienting for people. Personally, I found it very enjoyable, the camera shift is smooth and perfectly fitting for the game.  Another fun aspect is the combat available between planets: Jumping in the air and firing has a chance of the gravitational pull of the nearby planet to pull your blast in, allowing you to shoot and hurl grenades at enemies the next world over. It’s pretty fun to toy with once you get the hang of it.

“While I understand their aim for making this an arcade game, I find myself disheartened as it had the potential to be more with only a few tweaks.”

The hero has an extensive health bar – I mean he can really take a beating in this game, and there are just enough health drops to help you out in a pinch. While I didn’t feel particularly threatened in the early levels provided I kept moving, there is one enemy in particular capable of devastating your health bar and forcing you to slow down. This enemy has a ranged attack the same distance as your own but is able to constantly destroy your health bar when in range. Going one on one it isn’t much of a problem, but when you get to a stage where over a dozen enemies are closing in and you have a few of those coming after you, it’s game over. The hero does not have a block or dodge mechanic, which – yes it does make the game more challenging – but given it’s also geared towards a younger audience, I can see this becoming a point of frustration in the hands of children. It isn’t a glaring oversight or game-breaking in any way, but I would gladly trade some of that tanky nature of the hero for a nice evasive dodge. 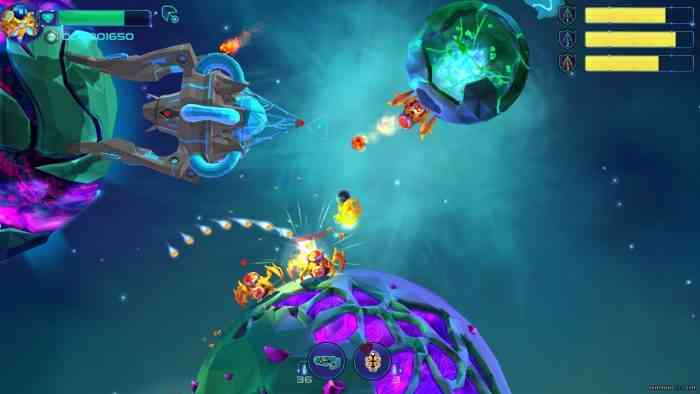 Graphically the game looks fantastic; the colors are deep and vibrant, making fantastic use of the Switch’s graphical capacity. While there isn’t much of a story to be had, I found myself playing a few levels here and there throughout my day thanks to the Switch’s mobility, and it’s really just an aesthetically pleasing game. Upon watching the opening cinematic for the game with the hero climbing into the bigger robot, I had given myself high hopes that there might be unlockable – or at least changeable – bodies similar to Xbox’s Recore, which could add a whole new level of gameplay. I understand why they didn’t, but it feels like a missed opportunity.

Robonauts is a game that knows precisely what it is: a classic arcade-inspired shooter with unique mechanics to keep it fresh. Traversing the stages can be childishly fun – provided you don’t have motion sickness – and the increasing difficulty level poses a nice challenge to overcome. While I understand their aim for making this an arcade game, I find myself disheartened as it had the potential to be more with only a few tweaks: add a dodge/shield ability, introduce alternate forms, maybe even work on an “endless” mode with randomly generated stages. The game is a fun way to pass the time without having to get too invested in it, but creating a lovable character and NOT giving me more to do with him feels like a wasted character. 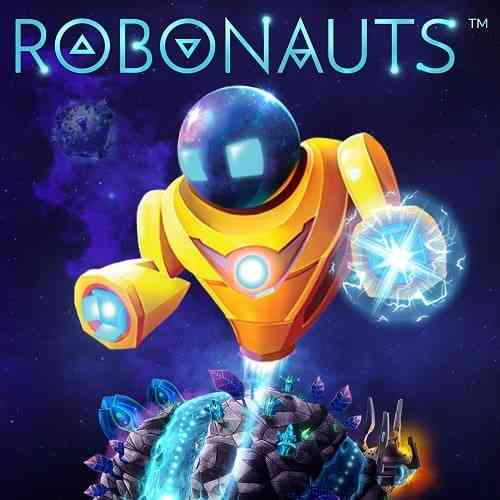 A Light In The Dark Heads To PlayStation And Switch Later This Year
Next Xing: The Land Beyond Review – Drop Dead Gorgeous
Previous Splasher Review – Sticking It to the Man… Literally