Crytek’s second foray into virtual reality, after Oculus exclusive The Climb, has a boy named Robin crash down to an unknown world, paired only with a friendly robot and another close companion of the Jurassic nature. Robinson: The Journey for PSVR takes you on a unique adventure full of breathtaking vistas and best-in-class graphics all around. However, when it comes to putting controller in hand and actually playing the game, problems in the gameplay department stop Robinson from joining RIGS as the best PSVR has to offer.

For those who insist graphics and technology comes over gameplay, The Journey will be a welcome addition as it is hands down the best looking VR title I’ve played. Luscious foliage, beautifully rendered wildlife, and the sheer scale of the world at times makes me a firm believer in the potential of VR. For those with a PS4 Pro on hand, all of those aspects are cranked to the max as some scenes took my breath away. It’s unsurprising that such a graphical powerhouse comes by way of Crytek, and they’ve done their reputation no harm here. The game is at its most striking when the remnants of your charred ship can be seen scattered through the organic environment the dinosaurs roam in. I can only compare it to the crashing ship sequence during Halo 4’s opening, as two different worlds collided to give the environments a unique look.

“For those who insist graphics and technology comes over gameplay, The Journey will be a welcome addition as it is hands down the best looking VR title I’ve played.”

The only fault on the technical side the developers may need to tweak concerns the comfort settings. Now while I may be at fault for eating an entire plate of paste before one session – which quickly turned into playing Battlefield 1 as the aches subsided – it didn’t explain other sessions in which I would almost inevitably get a little motion sick. I actually enjoyed it to begin with, almost fighting the game to not trick my brain, but it wasn’t so fun when I had to take several breaks over the games 3-4 hour length. 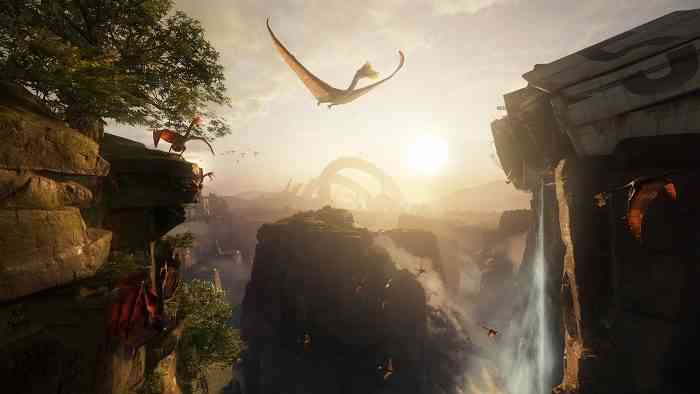 But its excellence from a tech perspective doesn’t translate all that well over to the gameplay side. The Journey has you primarily solving an array of puzzles to move the story forward, but it simply isn’t that fun. I’m not averse to adventure games per se, but I am annoyed when some of the puzzles end up feeling like a game of hide and seek. Finding objects that are used in said puzzles feels draining instead of rewarding. Crytek would have done well to focus more on exploration as a tool of gameplay instead of the agonizing puzzle solving. The controls are responsive for the most part, and work well in other gameplay segments involving climbing, but that doesn’t matter when what you’re interacting with isn’t all that interesting. The game’s attempt to resemble Portal 2 makes the failure in puzzle design all the more apparent, as a friendly robot – with some serious shades to Wheatley – helped me take my mind off the puzzles.

That’s the most disappointing part about The Journey: it lifts you up to take you back down. Great graphics are overshadowed by weak gameplay which is then bolstered by a great cast of characters. Higgs, filling in the Wheatley role, has a lot of great dialogue as you mosey your way through the Jurassic world. Without going too deep into the plot, The Journey does a commendable job on bringing a serious narrative to the VR platform. My bond with Higgs and Laika – the T-Rex companion you meet early on – grew as I ventured deeper into the unknown and the developers at Crytek could well pioneer the way for how stories in VR should be told. 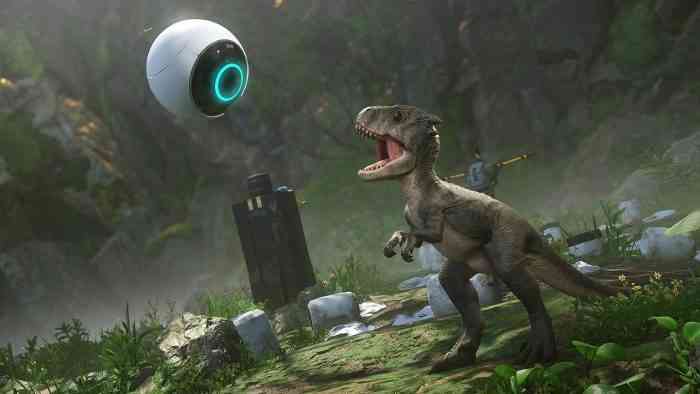 Even with the significant amount of misgivings I have with Robinson: The Journey, I’d like the developers at Crytek to try a first-person adventure game again while learning from their mistakes. If these experiences can take a more ‘cinematic’ angle and move away from mundane tasks, they would offer a legitimate alternative to the ‘normal’ games we play every day. I don’t claim to know where the platform is headed, nor do I have the game design knowledge to point out what the developers could change, but The Journey makes me believe in VR more so than I did before crash landing on Tyson III, even while the gameplay experience was average at best.

***A PSVR review code was provided by the publisher*** 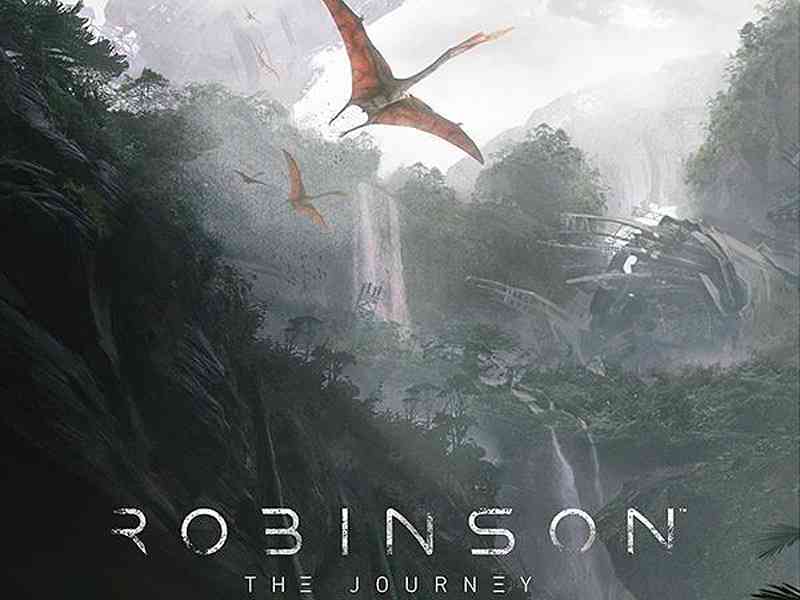