Plantronics have dabbled in headsets gaming headsets in the past, but this is their latest foray into surround sound but with the RIG line of headphones. The previously released RIG included decent quality stereo audio and featured a fairly good build. This time around they have taken an innovative path and included something a little unique, a USB powered mixer. With the RIG 7.1, Plantronics have created a headset meant to appeal to gamers looking for a relatively inexpensive gaming headset capable of providing quality 7.1 surround sound.

The RIG 7.1 is light and comfortable, and is easy to put together right out of the box. Setting up the headset is simple, so simple that instructions are completely unnecessary. The frame itself is basic, as all of the controls for the headset are found on its mixer.  For a $100 headset, there’s a surprising amount of quality put into the build. The frame is black, made up of plastic, and the headphones consist of a comfortable fabric. The headset is flexible too, and wearing it over my ears for a few hours of gaming at a time was quite comfortable. 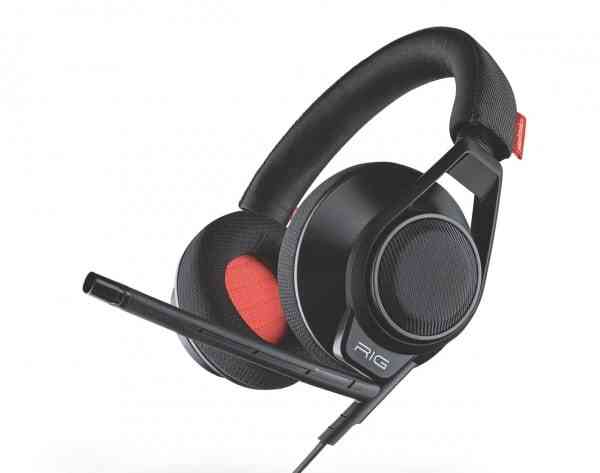 So how does it hold up in terms of basic sound when blowing up baddies in any given shooter? Well, the RIG delivers remarkably crisp audio, especially considering its price. I would’ve preferred a louder maximum volume, but I am notorious amongst my friends for listening to most things at a much louder level then most would find appropriate. Additionally, some more impact in the bass department would’ve been nice, but overall the RIG does provide a fairly well balanced listening experience otherwise. For $100 you’re getting clean highs and decent mid-range sounds. One can’t ask for much more at this price point, as the quality offered really is top notch all things considered. The USB powered mixer serves as a convenient way to equalize your systems audio, but for the most part I found the differences when boosting different attributes to be miniscule.

The quality of chat is impressive, serving as a very welcome tool while playing Diablo 3 alongside some buddies. As someone who is on his phone constantly, I can also vouch for the convenience found with the added feature of taking phone calls while gaming without having to take off the headset and stop gaming. By connecting my smartphone to the RIG’s mixer I was able to sink up my phone with the headset while gaming all at the same time. Additionally, thanks to the mixer, the volume levels can be adjusted on the fly with a few button presses, so the volume of my girlfriend’s phone call can be slowly turned to zero while I continue to level up my Wizard. 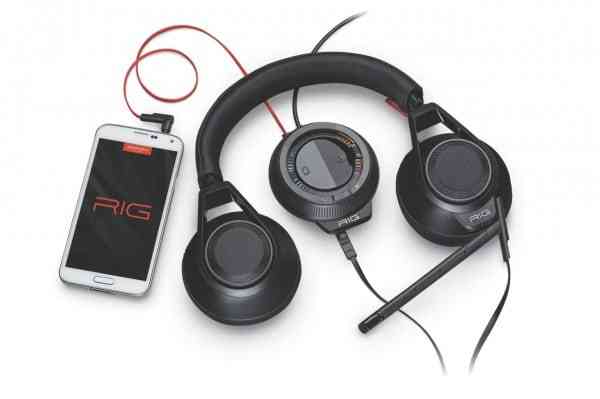 On a side note, it does seem like a lost opportunity that the RIG 7.1 doesn’t come equipped to offer its surround sound to the new consoles, especially when the previous RIG headset already had the appropriate output built into its USB mixer. As is, the RIG 7.1 will work as a decent stereo headset and microphone by plugging into a DualShock 4 on the PS4. At this point, I cannot speak to its performance on the Xbox One.

The RIG 7.1 really shines as a headset that offers fantastic quality for its price and is startlingly a good bargain. Though the RIG won’t blow you out of the water as basic headphones for listening to music or movies, which you still can do as it’s not bad in this area, it really manages to deliver a solid package as a gaming headset with a decent amount of customization. This is a major key to realizing the RIG’s greatness; it is built strictly for gamers. It somewhat pains me to see that the headset doesn’t offer its full potential to console gamers, as if it did, it would have been one of the most highly sought after headsets given its affordable price point. For $100, it’s hard to beat what Plantronics offers with this headset. In the end, 7.1 audio is hard to come for such a cheap price, and the added ability to take calls without putting down your controller is pretty sweet. 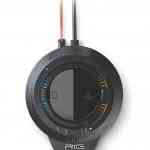 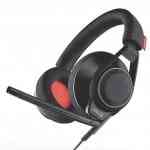 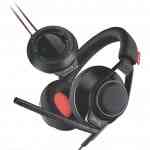 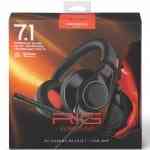 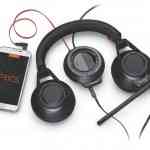