I’ll admit it, I like playing with toys because I am a big kid at heart. I remember playing with my toys as a kid and wishing that they had a life of their own. But think how weird it would be to have say a robotic bunny suddenly come to life and have its own unique personality. Are you picturing it? That mental image may not even come close to the level of strange that On The Level Game Studios came up with in Boo Bunny Plague.

You play a robotic toy bunny, given an AI due to being infected with a computer virus. One problem for our dear bunny is that he damages way too easily, and he decides he needs to raise cash for a repair unit for himself. So with help of his friends – a gun robot named (aptly) Gunny, an anthropomorphic elephant taxi driver, and a demonic waitress – he sets out into the world in search of money. Along the way they discover a demon who is plotting something evil and inevitably gets in your way as you try to collect cash.

At its core, Boo Bunny Plague is a hack and slash adventure. You will be running around large areas, armed with your trusty guitar and a force shield, killing things if you can actually manage to hit them. Most of the time, I felt like I was just flailing around in the direction of the bad guys hoping to make contact. Often I thought I made a hit, just to watch my guitar go through them before they made a cheap shot at me. There is some platforming, but there is nothing new brought to the table, and jumping is just not needed in most levels. I am glad there are always health and shield recharge items respawning somewhere on the level, because with all the cheap shots you take, you will need them. The shield ability helps, but drains quickly, and you cannot move while it is active.

You will travel from area to area killing the same enemy Vikings over and over again, with a boss at the end of each level. The game does try to tell a story here, and it has some quite entertaining moments, with a wide range of characters – but most of the time it feels rather forced and awkward.

As you progress through the game you can search for new guitars to use. Each new guitar has some sort of special trait that can be used on that level or boss to make things easier. Your one robot friend Gunny pops into and out of the gameplay and while he is there if you manage to hit him he will fire off a few shots that can assist you in the fight. 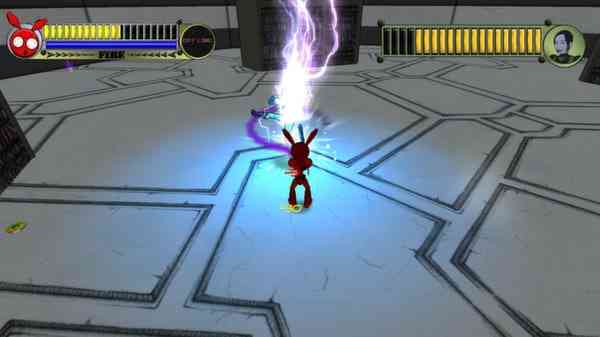 The overall look of look of the game has a cell shaded style, but the level design is bland and lifeless. Things are flat and blocky, and you will see the same enemy types over and over again as you progress.  In many ways, it felt like I was playing an old PS2 “Ratchet and Clank” clone. The main characters are well designed, but a bit stiff-looking.

The audio is where this game shines. The game is set up like a rock opera experience. There are great tunes to be heard, and the characters will often break out in song, from rock to rap – I really enjoyed it. Everyone sings in this game from yourself to the bosses. Most of the songs hit the mark perfectly but there were a few that started to get on my nerves because they would loop while I was trying to complete a level. Voices are pretty good overall, but some sounded a little amateurish.

I hate to say it but if the development team had put as much effort into refining Boo Bunny Plague’s gameplay as they did the soundtrack, this could have been a very enjoyable game. Poor controls, bland level design, and last-gen graphics just make the experience so disappointing. One thing I can say though is that I may revisit the soundtrack as it’s worth a listen once and a while. 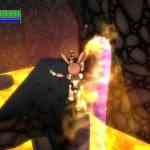 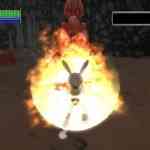 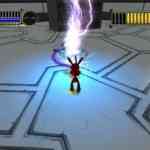 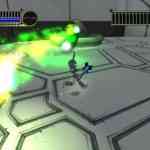 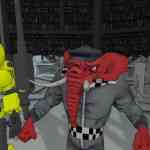 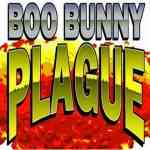 Developer: On The Level Game Studios

Publisher: On The Level Game Studios