Racing games are everywhere, and they have been since the early days of gaming. As a result, every racing game has to find some way to sell itself as something new, fresh, and interesting. Whether they sell themselves on style and personality, on multiplayer, on realism and graphics, or on being one of Microsoft’s only worthwhile exclusives, it’s imperative that games stand apart, else they fall into the swaths of other unremarkable titles. This week, I had a chance to check out Milestone S.r.l’s latest installment in their Ride series: Ride 3.

For those of you who are unfamiliar with the Ride series, it’s a more realism-focused motorcycle racing game. For those of you who are unfamiliar with racing games in general, you can pretty much stop reading here. This game is borderline hostile to newcomers. The learning curve is steep, and the game does nothing to initiate new players. Everything from it being assumed that you would know the controls to the hyper-jargony descriptions of motorcycle parts make it clear that the uninitiated are unwelcome. If you’re going into this expecting controls and handling akin to Mario Kart, you’re going to be very displeased when you feel just how responsive a motorcycle going 300 kph is (that’s roughly 185 Freedom Units for those of us from the US).

So, what does the game have for those who do know what they’re getting into? Tons. Really. There is A LOT of content in Ride 3. A hefty career mode with an almost silly number of tracks, a number of different game modes, more bikes than I cared to count, and an abundance of upgrades for each of those bikes, which can then be tweaked to suit your driving preferences. There really is a lot to do in Ride 3.

But now it’s time to complain some more. Ride 3’s AI is, let’s say, funky. I’m not sure exactly what’s going on under the hood (get it?) with the game, but I have my suspicions that the artificial difficulty balancing may not completely disappear when you turn it off. Am I saying the game is cheating when you turn AI up to extreme? Maybe, maybe not. All I’m saying is that it’s odd to be going around Daytona at max speed, holding first at that speed the entire race, only for two other racers to come out of nowhere on the final lap going far faster than my bike is capable of going. This is especially odd when they’re riding the same bike as me. 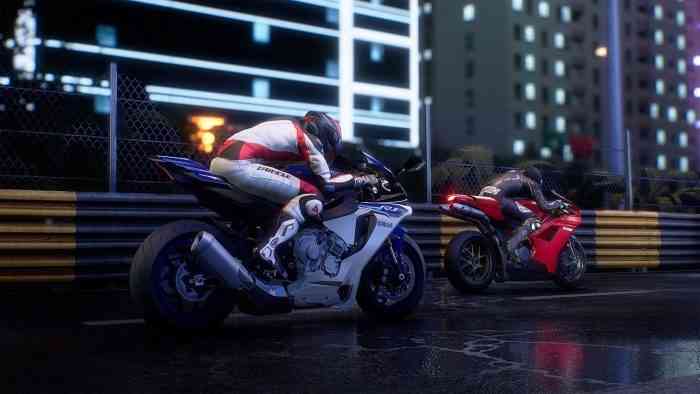 Speaking of setting the AI to extreme, let’s talk about how the game rewards that. Ride 3 has a system of rewarding players with more or less money depending on whether you race using greater or fewer aids and assists. If you use auto-braking, your winnings will be reduced. If you turn off the recommended path indicator, your winnings will be increased. Likewise, if you up the AI’s difficulty, your winnings will also be increased. This seems like a good system, right? Right… mostly. See, it’s flawed. The issue is that placing first in a drag race yields the same winnings as doing the same in a full, 3-lap race. Drag races take less than 30 seconds, and races can take anywhere from 5 to 15 minutes. Then there are the assists to consider. In a drag race, there isn’t a whole lot to worry about that would necessitate the use of assists, so a player can turn all of them off with very few changes in gameplay but major changes in winnings. In full races, turning off all of the assists and turning the AI to extreme makes play immensely more difficult. This means you’re far less likely to place first in those races. To recap, drag races last less than 30 seconds, and turning off aids has almost no impact on difficulty while also yielding increased winnings. Conversely, full races take 5+ minutes to complete, and turning off aids makes them significantly more difficult to the point that the player is likely to place significantly worse, losing whatever increased winnings they would have won from turning off the aids. This means that, if you’re having trouble with a race in the career mode, especially if it’s because you haven’t upgraded your bike, it’s more difficult and far more time-consuming to practice rather than just going to grind drag races until you can afford the upgrades or an entirely different motorcycle.

I should reiterate. The gameplay of Ride 3 is fine. There is a ton of content. If you’re a fan of the series or racing games in general, then I would expect that you would enjoy this game. However, the game is practically turning newcomers away at the door, is encouraging grinding drag races over practicing to improve, and has some slightly suspicious AI behavior at higher levels. 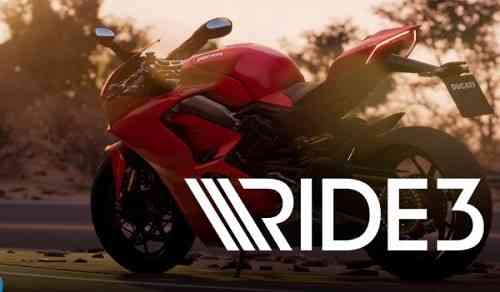 GRID Review – No Gridlock Present In This Racer
Next Star Trek Fleet Command Review – Beam Me Up
Previous This War of Mine: Stories – The Last Broadcast DLC Review – Tough Choices