Back in the 90’s, a special game came into my life. It introduced me to the “survival horror” genre of games, with creepy visuals and zombies, and it also kicked off a long series of sequels and movie adaptations. That game is the original Resident Evil, and now it is available remastered for the Xbox One in all its creepy, bloody glory – but can something that came out over a decade ago live up to its former accolades on a next-gen system today, even with a shiny new coat of paint?

Before diving into the game you have the chance to set up what kind of gaming experience you want. You can set the screen size to widescreen to fit that fancy HDTV you have, or opt to use the original 4:3 aspect ratio that the original game used when released on the original PlayStation. You also have the choice to set your controls to what the original game had, or play with a more modern feel, which makes an amazing difference. The original controls were very clunky when it came to navigating your character around, because you always had to move in relation to the direction your character was facing. When the camera changed, you had to change with it, which could mean suddenly pressing the d-pad in the opposite direction or finding yourself doubling back on yourself. The modern controls handle like most current Resident Evil games, and it was the one I stuck with for the game. Going back to original controls is jarring – it is hard to believe I used to play the game with that setup so many years ago. 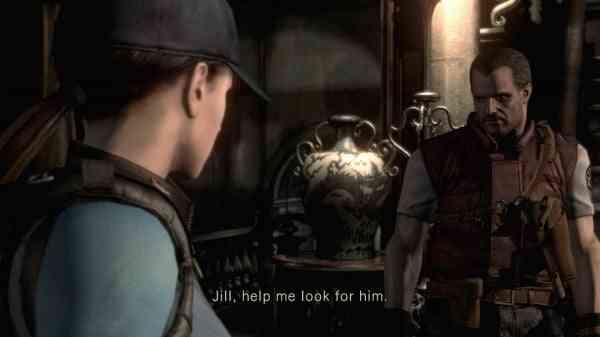 There are three levels of difficulty taking into consideration those experienced in these types of game and those who are new to the series. Like the original, you can play as either Jill Valentine or Chris Redfield, each with slightly different stories and paths. Jill is recommended for those new to the series, because she has eight slots for items, whereas Chris only has six. I had forgotten how much item management was a factor in the game, because you cannot just drop items if you are full and you’ll want to pick up something important. You have to either double back to where you got the item or find a “safe room” to deposit it into storage chests that can be found there (which somehow magically lets you take out items you left at other safe rooms).

When choosing Jill you are teamed up with another S.T.A.R.S officer, Barry, who will assist you for a short time at the start of the game. You also start with a gun in your inventory. Chris will be missing and you will be taking orders from Wesker who himself eventually disappears too. Chris’s campaign is geared towards the more experienced player. Chris only starts with a knife and Barry is missing right from the get-go. I had forgotten this was in the original game and I only remember beating the game the first time around with Jill, so this remastered version gave me second chance to complete the game with Chris. As far as the rest of the game goes everything plays out the way it should. The story line is the same, the jump scares are still there, and Wesker is still a jerk.

When the developers said the game was going to be remastered they weren’t kidding. The game’s backdrops look absolutely amazing. Especially if you have an extra-large HDTV where every detail comes through so you can almost smell the rot in the air of the mansion you are exploring. Another new feature is that the opening cinematics are now all rendered. I remember the original release had a horribly cheesy live-action video. It would be cool if there was a secret unlock to find the original opening cinematics buried deep into the game though. 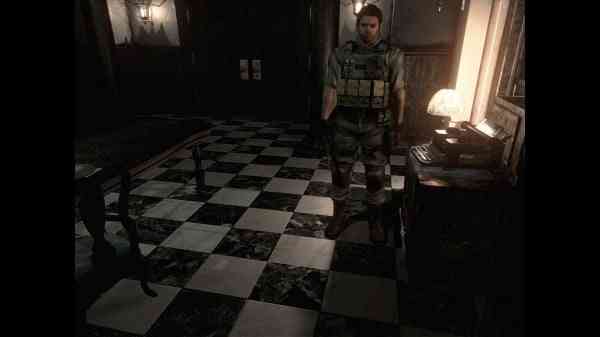 Character models look better than the original, but they still seem a bit stiff and their expressions are rather blank or stone-like at times. I also noticed some lighting issues. There were times where I was casting a shadow and then when rounding a corner my shadow disappeared even though there was still lighting behind me. There were also a couple of scenes where my character seemed to be pasted onto the background and really didn’t fit in it. Maybe I am just spoiled by today’s more modern games. Don’t get me wrong, though – it is a definite improvement over the original, and I found myself admiring the backgrounds, looking at every creepy detail.

There is one thing that I really love about the Resident Evil series and that is the music, and in this remastered game it is all still here. Those creepy moody tunes always work so well and set the mood perfectly. It is perfect for anyone with a good surround sound system. Good voice work in the game is something you now expect from a modern Resident Evil game, but for some reason I miss the campy dialog and bad script-reading from the original. Like the cinematics, I think it would have been a fun feature to have that included in the game as an option too.

For those who are fans of the Resident Evil series like me, who have not played the original in a long time, Resident Evil HD Remaster is great fan-service, and for the price how could you say no? So what are you waiting for? Grab your gun, get your green herbs ready, and go forth into Raccoon City, where the nightmare all started! 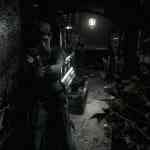 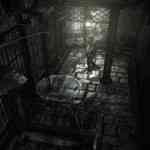 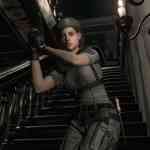 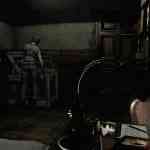 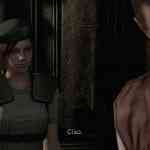 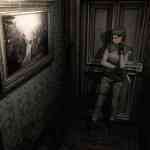 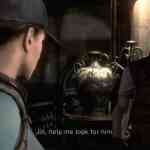 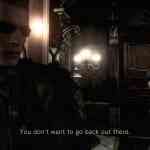 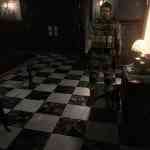 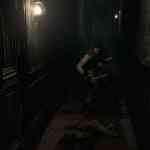