This year feels like a bit of comeback year for the Call of Duty franchise. Activision’s perennial CoD cash cow was getting stale until Sledgehammer Games came along and knocked one out of the park with Advanced Warfare. The exoskeleton mechanics along with the star power of Kevin Spacey gave CoD a much needed jolt of electricity. Given Sledgehammer doesn’t appear afraid to mix things up a bit you would think the first round of Advanced Warfare DLC would provide a similar ‘shock and awe’ experience. Well, not quite. In fact, the old Season Pass round one recipe of four new multiplayer maps, a new weapon and a new zombie level is back. In some regards it is more of the same.

I know it doesn’t sound incredibly encouraging but Advanced Warfare’s first round of DLC does have many redeeming qualities. For starters, the Exo Zombie mode is simply fantastic. Sure it is nothing original or particularly innovative but it is a blast and far more forgiving that some of the other CoD zombie modes I have played over the years. 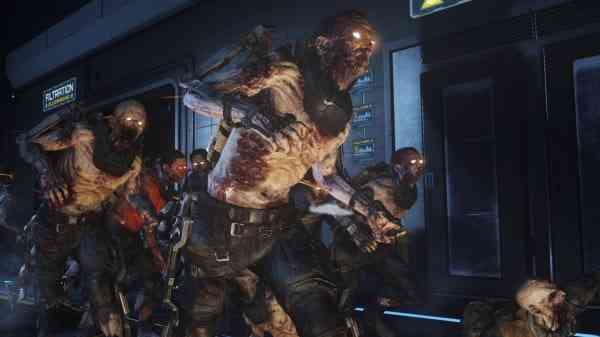 This Exo Zombie mode even has a story told through the eyes of four employees from the Atlas Corporation who, as you would guess, have to survive a zombie outbreak. The only problem is these zombies have exoskeleton powers. They don’t have the powers immediately but as you progress through each level the zombies get a little quicker and start boost jumping all over the place. By round 10 it is absolute chaos!

The celebrity cast of characters consisting of John Malkovich, Bill Paxton, Rose McGowan and Jon Bernthal are certainly a nice touch, making the story a little more compelling (and less confusing) than previous zombie mode storylines. That said it does seem like a waste of money for the publisher when the real star of the show is the gameplay itself. If you are a fan of CoD zombie mode, there is no question you will like what Sledgehammer brought to the table this year.

While the Exo Zombie mode will satisfy your thirst for zombie slaying, the four new DLC multiplayer maps should give all you dude bros out there more reason to rank up and continue Prestige’ing your character until your eyes pop out of your head. There is really something here for all types of CoD players.

The first map, Urban, is geared for all those fans of close quarters, high kill count maps like Nuke Town. It is set in a futuristic compound where using your exoskeleton abilities and moving fast is the name of the game. If you are someone who enjoys using long range rifles or snipers, you will get torn to shreds in Urban. Visually there is nothing special about the map but the way the layout quickly funnels you into a fire fight brings a level of intensity that should get this map repeated votes in the lobby. 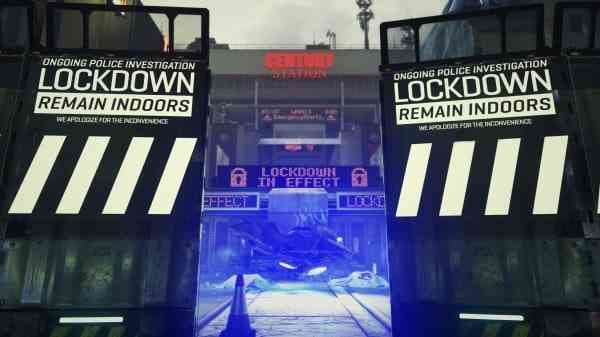 Core is a unique map that takes places in the Gobi desert. In amidst the scattered ruins of a nuclear fusion plant is a central turbine area where the bulk of the action takes place. Unlike Urban, you will want to use your long range weaponry. Out of all the maps it is easily the most underwhelming but probably more satisfying for all you sniper whores out there.

I sure hope clowns don’t freak you out. If they do, you might want to avoid Sideshow. This map takes place in and around an abandoned inn in Devil’s Tower, Wyoming. It has an open layout where snipers can do some damage on top of the many structures but you can also move your way in and out of the many huts. This map has a clown theme so every turn you make you get clowns and lots of creepy ones! Out of all the new maps Sideshow is easily the most compelling and creepiest of the bunch. 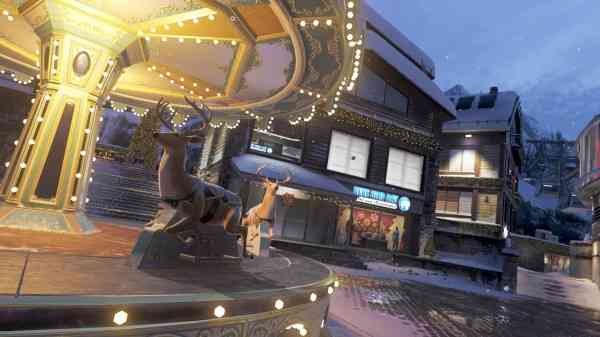 What would a good CoD map pack be without a snow level? Yes folks, we get yet another snow level set in a resort ski town called Drift. For some reason or another I had the most success on this map but just like the map Core, it had too much of a ‘been there and done that’ feeling to it. Don’t get me wrong, the dynamic map event that takes place is pretty cool (I won’t spoil it) and being able to take a ride on the carousel mixes things up a bit but otherwise I found this medium sized map mostly forgettable.

Lastly, you can access the new AE4 directed energy assault rifle and all of its variants with this round of DLC. Overall it is a decent weapon which, for an energy gun, has a good feel to it. That said, I will need to spend some more time with it before I make it part of my regular rotation but so far, so good.

The Call of Duty downloadable content season is off to yet another solid, albeit a tad underwhelming start. “Havok” comes across as more of the same old featuring four maps, a new weapon and an Exo Zombie mode featuring the likes of John Malkovich and Bill Paxton. Sledgehammer has not strayed from the classic CoD DLC formula. They have taken a conservative, safe approach with this map pack. This however should be enough to keep all those CoD fans happy until the next batch of DLC drops. 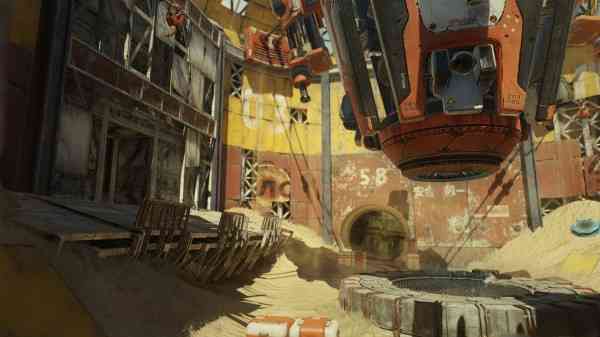 Next Supreme League of Patriots Review – From Pop Culture to Politics, No One is Safe
Previous Resident Evil HD Remaster Review – All the Way Back to the Beginning…