Some of you may have had the same reaction I had when I first found out about #IDARB and that is “What the frak is #IDARB?” With some research I discovered it stands for “It Draws a Red Box” and from my understanding the creators of the game crowd sourced a bunch of ideas from Twitter and #IDARB was the end result. #IDARB is one of those games hard to describe as it is a love child of Rugby, Basketball, and 8-bit graphics along with a healthy dose of speed and cocaine to kick it up a notch. This game is so freaking insane if you jump in head first you will not only feel like a moron, you will look like one too.

The key is to ease yourself into the single player mode to learn the basics of the game and build up to the drug infused frenzy that is #IDARB. The single player version although crazy at times is more of an overdose on cough medicine induced craziness. Single player takes you through all the basics of the controls from shooting, passing, tackling your opponents, releasing your fizz, etc.  Fizz is probably the one odd out here but basically releasing your fizz can launch your opponent’s away opening up scoring opportunities. 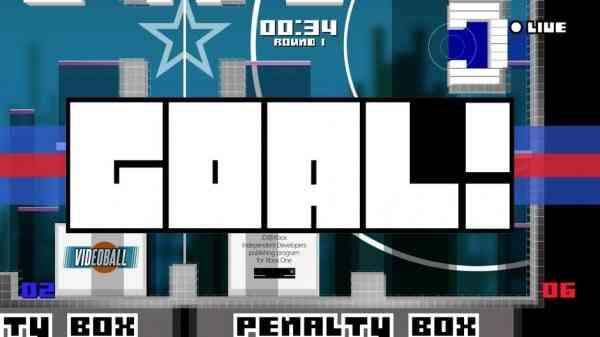 Where this game shines is the multiplayer which can be played with up to 8 players if you have that many controllers kicking around. Yet even with player vs. player matches with my son and my wife we were having a blast, even if we lost. There is a definite strategy in play if you want to score goals but you can get away with button mashing your way through it to see all the chaotic things that can happen. One drawback is that if I want to play online with friends we both need to have 3 friends playing to get an 8 player match going which is definitely a sore spot in the multiplayer aspect. With this connected world which they hit on in some spots they completely fail in not having single player match making set up for random matches with 7 other players.

What they do make up for in lack of interaction is the ability to have friends troll your matches by using a match specific hashtag where you can #toasty to spawn the guy from Mortal Kombat, #reverse to reverse the controls, #ricky to summon a rick roll and many others like #llama, #dopples, #clown, #oktoberfest and #minecraft to name just a few. This aspect of the game was awesome because you could be sitting at work bored and looking to waste some time. Why not mess with some buddies as they try to play #IDARB? This is all done through some great streaming built into the game wonderfully. 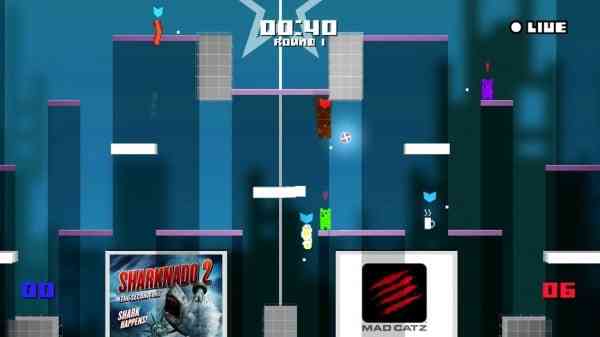 On the presentation side, this game is far from special. That said, it does offer a pretty decent creation suite where you can customize your characters to make some pretty accurate depictions of some of your favorite characters and even comes with some pre-made ones for you to select from. The music on the other hand is one of the best parts of the game. If you like it as much as I do be sure to pick it up here on Bandcamp: https://bobbaffy.bandcamp.com/album/the-soothing-sounds-of-idarb. The music is just as insane and definitely infuses the frenzied gameplay that is the true value of the game.

Aside from the less than stellar implementation of the multiplayer #IDARB is a boat load of fun, easy to pick up and will have you laughing for hours. This Canadian made game manages to shine in nearly every department. It is a blast to play when you have some friends over for drinks as the hilarity is endless. Well done “Other Ocean Interactive” you have a winner on your hands. 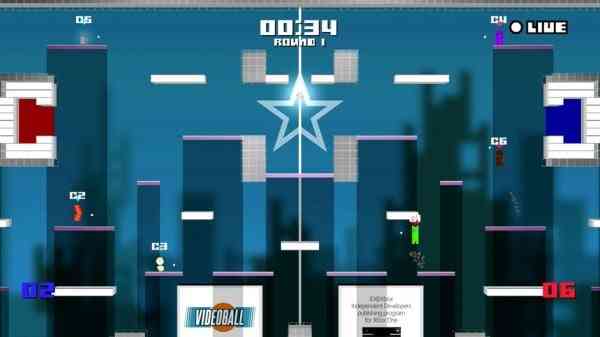