Luckily, Capcom has (sort of) fulfilled fans desires by giving them a remastered version of the Resident Evil Gamecube remake. I say desires have “sort of” been fulfilled because the game has been rereleased numerous times throughout the years (not that I’m complaining of course!). If you don’t know what I’m referring to, here’s a little breakdown: In 1996 Resident Evil was released on the original PlayStation, then the Director’s Cut version a year later.  Eventually, the remake was released on the Gamecube in 2002 and subsequently made its way onto the Wii in 2009. Now, in 2015, the remake done for the Gamecube has been remastered and is now titled Resident Evil HD Remaster. Basically, it’s a remaster of a remake. So what can a game that has been rereleased and polished again really achieve? I’ll give you a hint: more than you anticipate.

The story remains unchanged and still lets you choose to play as Chris Redfield or Jill Valentine, members of the local police’s Special Tactics and Rescue Service (S.T.A.R.S.). When S.T.A.R.S. Bravo team fails to report back when investigating the murders occurring north of Racoon City, S.T.A.R.S. Alpha team is sent to investigate their disappearance and hopefully find them. Eventually, the S.T.A.R.S Alpha team members are led to a mansion and they encounter grotesque creatures, zombies, and – forever creepy – zombie dogs. Depending on which S.T.A.R.S. Alpha team member you choose to play as, you’ll have some differences such as your partner, weapons, enemy encounters, and even inventory size. With the twists and turns, numerous scares, and not to mention some cheesy, but bearable dialogue, the story brings back nostalgic memories and doesn’t fail in bringing me back to relive it. Not to mention, I still occasionally fall for those scares that are meant to make you jump. Emphasis on occasionally guys…occasionally, I swear. 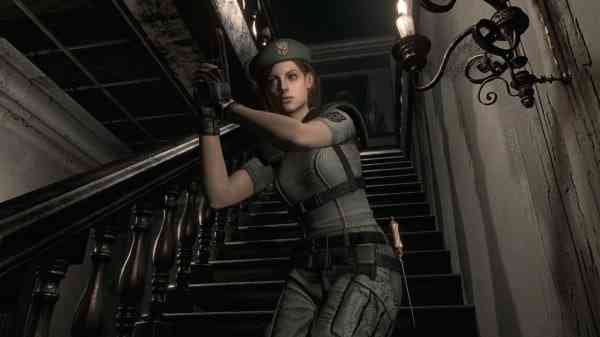 Gameplay is simple but requires exploration, planning, patience, and a strong heart. Once you land in the mansion and take control of the character it’s all up to you to decide which available rooms to explore or doors to open. For those Resident Evil rookies out there, you’ll encounter creatures to fight or manoeuvre away from, puzzles to solve, booby traps to avoid, and even some secrets. Carefully choosing what items to leave behind or bring into your limited inventory can result in life or death. Moreover, you can only save the game in certain areas where a typewriter resides and only if you have some “Ink Ribbons” on hand. While the game is fairly linear, there is an extensive amount of freedom in exploration and customization that makes every choice you act upon a heavy one. Also, obvious guidance towards progression isn’t always prevalent which can result in your patience and problem solving skills being put to the test. Did I mention the odd fright that may make you jump? You’ll need a strong heart for that.

Although the “original” tank controls are still available, you actually get the option to choose the “alternate” control scheme which utilizes a more modern layout. Instead of turning left or right and then moving forward after positioning to the desired direction, the alternate controls allow you to move left or right immediately which is seen in most games produced nowadays. Full controller support applies to the game and I highly recommend taking advantage of it. I personally prefer my wired Xbox 360 controller to the keyboard when playing the game, but that might be due to how accustomed I am to console controllers. Nonetheless the layout for both the controller and keyboard are simple and easy to adapt to.

Another addition to this remaster is the option to switch between the original 4:3 screen ratio or 16:9 widescreen. While it’s a treat to play in the 16:9 widescreen, the downfall is that the top and bottom of the screen are sometimes cut off due to its original native 4:3 screen ratio, thus a scrolling feature is implemented so that when your character moves, or is in a certain position, the areas cut off will automatically scroll into view. It’s slightly disappointing that we couldn’t be treated to a true 16:9 widescreen that covered the entire original area for us to view, but it’s honestly not a big issue. Nothing gets covered up that affects gameplay or anything that is relatively important to survival. Knowing that the cut offs exist is what’s bothersome and not how it’s actually harming the gameplay itself (which I can’t tell or see that it is). Of course, if you’re truly bothered by it you can enjoy the original 4:3 screen ratio instead. 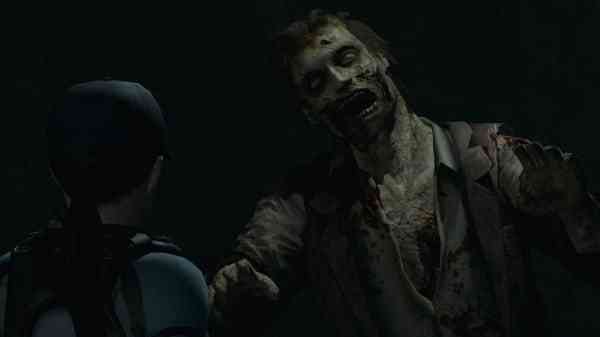 Visually, the game is quite stunning. With a blend of high-res static images and 3D models, resolution increase for the backgrounds, and the addition of more detail, make you realize that there was effort to improve things. Running at 1080p with an option fort 30fps, 60fps, or Variable fps, playing on a PC is the ideal way to see the improvements. The textures, shadows, lighting, and special effects (mist, smoke, etc.) are all remastered in a way that makes this already scary game into an even scarier one. There are, however, some parts where it’s obvious that they didn’t, or couldn’t, touch up on parts as much as others. For example, certain walls or objects in a room can be on the blurry side. Nevertheless, the character models, backgrounds, environments, and key items mostly look sharp and crisp. You can clearly see moths flying around, dust floating in the air your character runs, and even the paintings hanging on the walls are much more clear. Noticing the little details are ever so rewarding. Everything is just cleaned up, polished, and stands out in such an amazing way that playing this game again reminds me of the time when I first played the Gamecube version and thought how amazing that looked. Resident Evil HD Remaster without a doubt belongs in 2015 and I’m glad that it’s earned a spot here.

Although the audio has also been remastered by increasing the sampling rate, it wasn’t in need of much improvement from the original. It does however support 5.1ch output to achieve the sound that can be appreciated in this day and age. Nothing has been changed content wise. The voice acting is acceptable due to the game’s cheesy dialogue, but somehow it fits into this creepy and horror themed atmosphere. The sound effects are great and feel real as it contributes to the whole experience in a positive fashion. Sounds of fast footsteps, shots with an empty magazine, or the grunts of a zombie at the end of a hallway all do their job in a way that made me appreciate them more than I have before. Overall, not an extravagant difference, but still a positive contribution to the experience.

I know Resident Evil has been regarded as a classic and what lead to the modern horror/survival genre, and it’s credited to leading to more instalments and as a result creating the Resident Evil franchise, but it’s seriously for a good reason. I can’t help but just adore the organization and layout the game presents. I have yet to find a game that shocks me, puts me in as many dilemmas, makes me so alert and cautious, and most importantly, keeps me coming back for more. From the visuals to the sounds, Resident Evil has been polished. With the addition of the alternate controls, it’s given a modern touch that only enhances the experience. This is without a doubt the definitive way to play Resident Evil. I can only hope that Resident Evil 0 and 2 will get this same treatment in the near future.

Next #IDARB Review – This Crowd-Sourced, Hashtag-Powered Game is a Winner!
Previous Saints Row: Gat Out of Hell Review – Saints Row Gives You Wiiiiings