Republique Remastered Review – The Game Watch Dogs Could Have Been

I’ve played my fair share of games where the objective is to get out of a building. I’ve also played a few games where the objective involves hiding from surveillance cameras. Never in my life have I played a game where you do both these things. In Republique Remastered you don’t PLAY as Hope, the main character; instead, you have to help her escape an elaborate layout of hallways and maps, each one more heavily guarded than the next, with cameras watching every square inch of the building. It was truly a thrilling experience.

To start the game off, you receive a call from Hope. She’s in desperate need of help. She explains that ‘they want to erase her’, but before anything else can be said she is interrupted by a couple of guards who walk in. Here, we get a bit more insight on where she really is. The camera changes from a phone view to a camera on the wall view and we see her surroundings a bit better. She’s being interrogated by two guards (obviously bad guys due to the heavy French accents) who scold her for reading something she shouldn’t have. 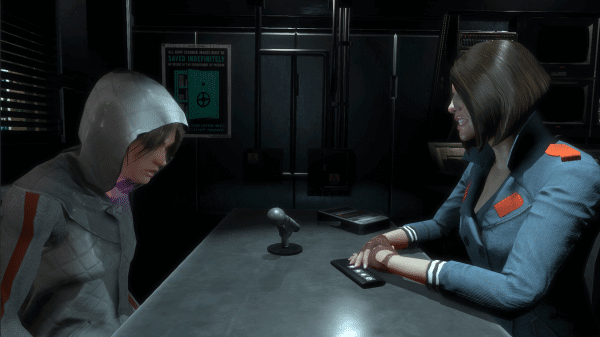 Unfortunately, that’s all we get before Hope is taken from the room and placed in a cell. A feeling of uselessness rushes over you as you realise you are powerless to stop them from taking her. She left the phone she called you with in her room, and the guard that stayed behind finds it. He finds the phone hidden under Hope’s pillow, but miracle of miracles, he manages to sneak it back into Hope’s room under a stack of books! Obviously this guard is on our side, and his name is Cooper. Inspired by Hope’s aspirations of escaping, he sends you help from his office, and his knowledge of the building’s layout is a major help.

As you hack the areas around Hope, you can watch her through the countless security cameras that litter the walls. Using the simple WASD controls, you can look around and interact with items by clicking them. Working in time with both hands can become a rhythmic system of looking around, switching the cams, checking the area, switching again, scouting ahead for Hope, switching back to Hope’s cam and telling her where to go.

Pressing space activates Omnivision. Omnivision freezes time and allows you to look around, assess the situation. This mode makes it possible to read emails or messages from the computers in the rooms Hope sneaks through. Most importantly, you have to use Omnivision to unlock or lock doors to trap guards in rooms or make it easy for Hope to get from A to B. Omnivision is really helpful in a situation where you get spotted and a guard chases after you. It gives you time to rest and think, and plan the best course to remain hidden. 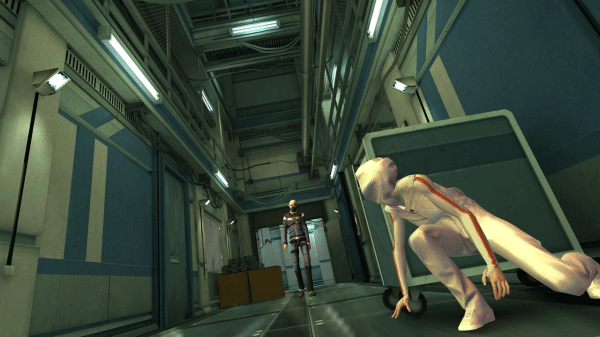 Speaking of hiding, the main objective is to stay hidden from the hundreds of guards patrolling the halls. The guards are referred to as the “Prizrak” by Hope. Most of them have set paths that can be studied and avoided after watching them for some time. The Prizrak are also extremely susceptible to pepper spray attacks, and lucky for you there is strategically placed pepper spray nearly everywhere you go. “P-Zero”, as Hope calls It, can be equipped and used in case Hope is caught or if you led her into one of the Prizrak.

The voice acting was as good as you would expect from a game with veteran developers who worked on such games as Metal Gear Solid. You can tell that the voice actors really knew who they were trying to portray as they nailed each and every situation. Rena Strober (Hope) would whisper if she was trying to hide, and she would speak with dignity when facing the Prizrak or other baddies later on. The other notable voice actors came from previous games like Metal Gear Solid, Mass Effect, and even BioShock Infinite! There were some stunning graphics in this game too, the “Metamorphosis” (the building Hope was trying to escape) was filled with lavishly decorated walls and furniture. Everything down to the last detail is spot on. 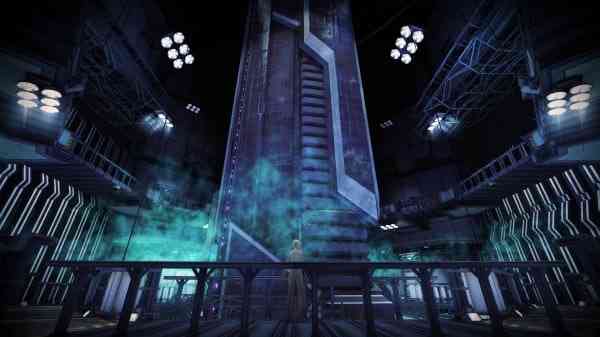 The soundtrack, I’ll go so far as to say, was Portal-esque. You would have quiet, zen-type music playing when you were sneaking around, and then you would get spotted and it would instantly transform into a terrifying tune with kick drum to play parallel to the beat of your heart. The feeling of panic was moved around and played with like play-doh in this game, and you never knew when it was coming. One word to describe it would be “Exhilarating”.