Every once in a while, an enthusiast will do something that is more traditional of a casual entertainment consumer. I purchased Republique last month during a Steam sale, thinking that the game was completed. I mean, we reviewed Republique Remastered when it first came to PC with three episodes back in March. Obviously the team would’ve released the next two episodes over the course of eight months. Right? Apparently not, I haven’t done much research, but I guess that releasing an episodic Kickstarter game on both iOS and PC is more challenging than the developers originally intended.

Still, the developers have stuck to their guns and managed to release Republique’s penultimate episode just in time for December. Being that I’m not the same person who reviewed this game on our website back in March, I’ll quickly summarize my thoughts on each episode of Republique before reviewing Episode 4. Considering how long it’s been since the game’s release, I’m sure that players may need a bit of a prologue.

Episode 1: A slow start. One dimensional characters, combined with repetitive gameplay, bland corridors, unchallenging enemies and enough back tracking to make MGS1 wince. Considering the challenges undertaken to make a 3D Steath Kickstarter game for Mobile, I don’t think Episode 1 was bad, it’s just that the team were clearly focused on testing the core gameplay instead of knocking it out of the park on their first attempt.

Episode 2: Just as repetitive in-terms of environments, but with much more beautiful art, improved enemy and game design, and a much greater emphasis on world building. The game’s plot and setting might not be original, but its focus on storytelling through audio logs is incredibly refreshing. The tapes were neither too vague, nor ham-fisted; they always gave away just enough to make me keep searching for more.

Episode 3: Probably my favorite of the three, because it has the heaviest focus on storytelling and clues. Gameplay once again felt repetitive and tedious at points, but the story was fascinating enough to keep me going. That, along with the excellent character development once again discovered through audio logs and interaction is refreshing to see in a brand new game.

Episode 4: Whether or not the game would keep improving with each episode was my main question when going into this, and unfortunately, the game doesn’t get off to a great start.

An issue I’ve had with this game is that each opening feels very abrupt and contrived. The idea of calling Hope’s phone and connecting through it is neat, but not at the start of every episode after a typically dramatic cliffhanger. Episode 3 ended on probably the game’s lowest point, but just as with the beginning of episode 3, episode 4 doesn’t start immediately after it. Despite Hope was last seen bawling her eyes out at the death of a friend, she begins in this entry smiling and no longer speaking with a frightened tone.

“I’m not exaggerating when I say that her voice sounded like a combination of Anakin Skywalker in The Phantom Menace and Teletubbies. It’s baffling.”

I’m not exaggerating when I say that her voice sounded like a combination of Anakin Skywalker in The Phantom Menace and Teletubbies. It’s baffling. Rena Strober’s performance in each episode was something I appreciated. She portrayed a terrified little girl on the run from a Tyrannical Government in a believable manner. The right amount of nativity without sounding stupid. Whereas in Episode 4, I began to wonder if her voice had to do with a plot detail, just like with Jennifer Hale’s character, Mireille. Perhaps we’ll found out in Episode 5, but from what I can tell, I can only believe it to be poor direction. Thankfully it doesn’t translate to the other actors; although the Headmaster doesn’t sound as deep toned as he did previously.

Episode 4 brings in some new alternations to gameplay, more-so than the last installment. You don’t have access to a map, Cooper is replaced with the Merchant from the in-game ability store, Hope can now collect audio log data through taking pictures of certain objects with her phone, and you don’t deal with guards, but instead, a multiple personality character known as the Mammoth. He roams every part of the stage you’re in, waiting for you to appear, make a sound, or run into one of his traps. It’s nice to see Republique attempt some new gameplay, but sadly, it’s not very successful. 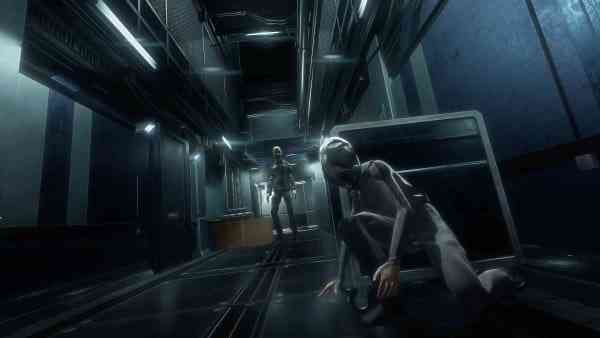 For me, Republique lacked in gameplay, and made up for its shortcomings with great world building. But here, in Episode 4, that world building is not as prominent, in favor of repeated areas that require you to collect X number of items to progress. The game’s bad habit of backtracking from Episode 1 is unfortunate, because Episode 4 does have a handful of strong moments that I won’t spoil.

The biggest issue with the Mammoth is how he works when combined with the checkpoint system. When you have to collect X number of something and you’re killed by the Mammoth, you’ll get sent back to a previous checkpoint, but without deleting the progress you made. Because you never lose progress on the items you need, there’s no reason to stealth. It’s quicker to sprint around, collect the item you need or activate the required switch, let the Mammoth kill you, respawn from you last location, and repeat.

Pacing is Episode 4’s biggest letdown, as it has the backtracking of Episode 1, but not nearly the same amount of world building as Episode 2 or 3. The ending also leaves a lot to be desired. It’s not that it doesn’t end on a dramatic cliff-hanger, but there’s not really any build up to it. You enter a hallway, watch a cutscene, one minute later, you’re reading the credits.

Republique Episode 4 is neither the weakest entry, nor the best. It’s caught in the middle. Whether it’s because of development troubles or simply to blame on the story, remains to be seen, and with a finale on the horizon, it still has a chance to end strong. 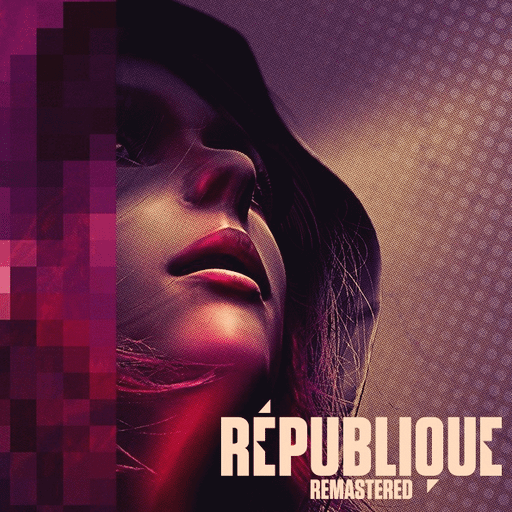 Within The Blade, Preorders Available for Limited Physical Release

République: Anniversary Edition Review – A Unique Dystopian Future
Next Questria: Rise of the Robot Skullfaces – It Both Fails and Succeeds at its Attempt to Deliver
Previous Blackout Yeti USB Microphone Review – Your Ultimate USB Mic For Recording Just About Anything