In modern gaming, there are few figures more decisive than David Cage, creator of Heavy Rain and Detroit: Become Human. The French game designer comes with a lot of baggage, but his experimental style and obsession with independent cinema make his games singularly unique. Enter Chris Darril, a young Italian artist with many of the same sensibilities as Cage, but arriving fresh on the game scene with none of the complicated history. Remothered: Tormented Fathers is his first major foray into video game auteurship and it’s as fresh and exciting as it is weird and complicated.

After a long opening credit sequence, which prominently features Darril’s name and the name of his company Darril Arts, more than a few times, we step into the shoes of Rosemary Reed. Initially presented as a doctor, Reed arrives at the creepy mansion of Richard Felton, an old man with an alleged mysterious illness. We also meet his caretaker Gloria. Before long, we’re in a classic Resident Evil situation: underpowered, stalked in a weird house. Remothered desperately wants you to draw a through-line from the original Resident Evil to Silent Hill 2 to it. And most of the time, it’s a worthy successor to those games, for good and for ill.

Lots of Horror to Be Found Here

It takes a little while to get started, but there’s actually an impressive amount of gaming to Remothered. An atmospheric indie horror game might have just been a spooky walking simulator and nothing else, but Remothered is slightly more ambitious than that. Through a combination of familiar mechanics, you sneak, fight, and explore your way through the dark hallways. There are never more than a few antagonists, and you can’t hope to overcome them, so running and hiding is the name of the game. There’s also trickery, distractions, and desperately holding a door as a crazy monster nun tries to get you. Once the game opens up, the interaction draws you into the illusion. You never feel railroaded, or stuck trying to figure out the one solution. There are multiple ways to proceed through the story, and that already puts it above the similar-feeling games of David Cage.

Confident in its solid gameplay, Remothered is all about the presentation. It has beautiful graphics and it knows it. There are lots of extremely self-indulgent shots of water dripping off of leaves and dusty cobwebbed mirrors. It looks good. It wants you to tell it how good it looks. But the beauty of the overall graphics make the blemishes all the more obvious. Case in point: the animations. If this was a PS2 game, these would be on the cutting edge. But it is not; it’s PS4 and the mannequin-like jerks of all the characters is eerie and uncanny. The worst offender? The default running animation, which is goofy, mechanical, and distractingly repetitive.

The incongruity between the graphics and the animation is actually a sort of microcosm of the entire game. The same goes for the writing. The story is thoughtful, weird, and intriguing. The script is bad. You can tell it was written by a non-English speaker, but it transcends simple translation goofs. Conversations take sudden and inexplicable turns. Caring whispers abruptly become desperate shouting. I can’t tell if the voice actors are really amateurish, or if they are just perplexed by the nonsense script. The story draws you in, the writing pushes you right back out. 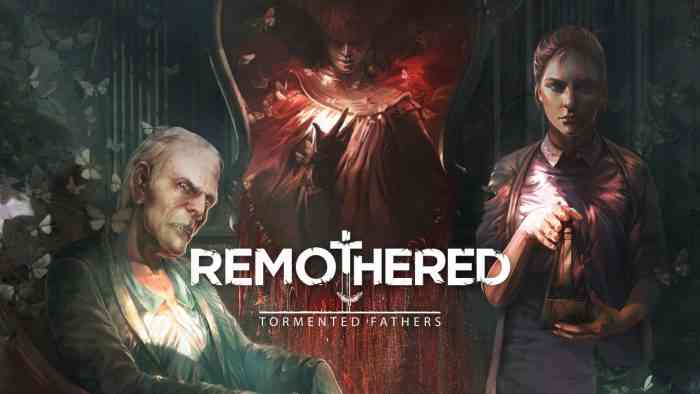 Okay, it’s pretty but poorly animated, has a good story, but bad writing. I know what you really want to know. Is Remothered scary? I know there are those out there who proudly declare that nothing scares them, who refuse to suspend their disbelief in order to brag about their bravery in the face of the horror genre. I don’t know what to do with those people. For everyone else, who want to go in and crap their pants in fear? You won’t be disappointed. Even when Remothered broadcasts its scares a mile away, it does a decent job at terrifying the bejubus out of you. Felton’s wife listens to one song over and over again (“To Say Goodbye” by Luca Balboni ), and despite the cliché, I got got. The game conditioned me to be terrified.

Despite the flaws, I hope Remothered: Tormented Fathers starts a trend. Video games seem stuck in a rut. You got your triple-A action games on one side, and your low-fi indie games on the other. The mid-budget game, with its focus on a singular story and European sensibilities, seems like a burgeoning genre waiting to happen. In the meantime, Chris Darril seems like the guy to watch. As long as he doesn’t start buying into his own hype, he has a singular eye for design that will serve him well. Remothered is a scary and confident debut from a future auteur. 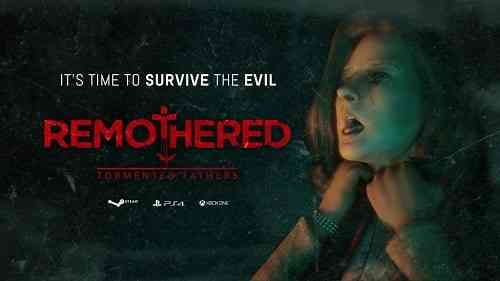 Tower of Fantasy Will Officially Launch Globally In Mid August
Next Another Sight Review – This One is the Cat’s Eyes
Previous Hopalong: The Badlands VR Review – Old West Shooter Misses the Bull’s Eye