Another Sight Review – This One is the Cat’s Eyes

Lunar Great Wall Studios may be a smaller independent studio but they sure know how to put out a top-notch effort. Almost everything about their first game, Another Sight, screams polish. The writing, the voice acting, the puzzles and game areas are all impressive.

This puzzle platforming game concerns a girl named Kit in Victorian England around the turn of the 19th Century. This setting choice drives the tone and style of the graphics and if Kit strongly reminds you of Alice from Alice in Wonderland, join the crowd. With her blond ponytails and clothing style, she looks like a dead ringer. The resemblance to that other story is further enhanced by the art style used by the game.

The game is set in the London Underground, allowing for a world-within-a-world motif steeped in fantasy elements. While Kit is exploring the world beneath the streets of London, the tunnel collapses and in the aftermath, two major events happen to her. First, she loses her sight. Second, a mysterious cat named Hodges shows up to help her and literally be her eyes. 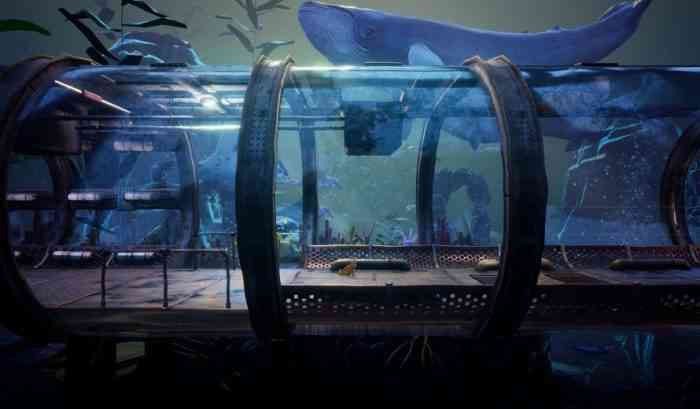 All the game’s mechanics are based around the partnership of these two characters. Together they work to overcome environmental puzzles in their joint quest to find a way out of the underground. You tab between the two characters to navigate the landscape. Playing from Hodges’ perspective allows the player to see the whole environment with normal vision. On the other hand, things are quite confined for Kit. She is surrounded by what looks like an iridescent soap bubble to which her ‘vision’ does not extend far beyond. This effect is beautifully done. For example, when Kit walks, bright rainbow colors spark around the bottom edges of the bubble. Her vision can be extended when Hodges is close to her.

Navigating environmental obstacles such as locked doors or grates or bridges consist of Hodges going through the game stage by means so small that only he can pass through them into other rooms to press a switch or stand on a pressure plate. Kit works levers or pushes large objects or pilots transportation such as a steamboat. The London Underground is a fantastical place and the game developer credits Neil Gaiman as inspiration for the look of the game.

Not only do Kit and Hodges travel a fantastical world but they also meet famous historical figures such as Monet, Telsa, Edison, and others. Beyond adding storytelling depth to the game, these encounters also have a direct effect on the characters’ perception of the world. The tone and mood of the world change with each meeting. Further to that, the variety of gameplay is pushed further by sections that require Kit or Hodges to work solo without their partner’s help. 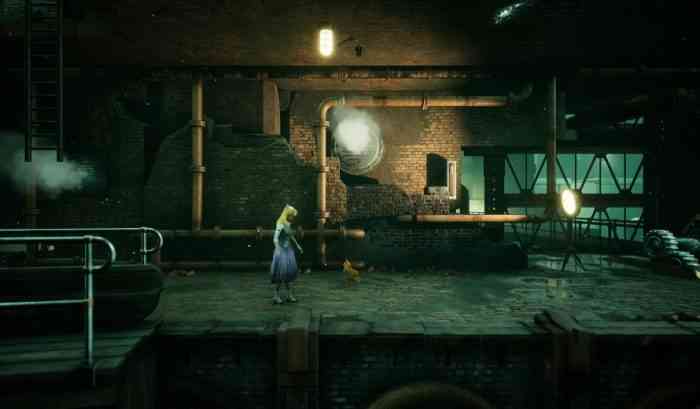 The game is not perfect as the controls are a tad clunky, especially for Hodges. Getting him correctly lined up for a platform jump is finicky. Perhaps it can be argued that this is meant to represent an aspect of Hodges’ cat personality, but it is more likely to be just a game design issue. On the flip side, both Kit and Hodges are beautifully animated, moving fluidly and realistically, especially Hodges with all his feline grace.

Above all, Another Sight accomplishes that elusive feat of art — making the player care about the characters through their journey and interactions with one another throughout the story.