Razer has been developing gaming accessories for well over a decade now, so it stands to reason that they should have an idea of what gamers are looking for. The Razer Wolverine Ultimate is their brand new, premium controller for use on Xbox One and PC. This controller is designed to go toe-to-toe with Microsoft’s own Xbox One Elite controller, as they both share a number of similarities and a similar price-point. How does Razer’s premium Xbox One controller fare? Stick around and find out. Note: I had to update this controllers firmware to version 1.02 – and if you use a headset, you’ll have to update the firmware too as there was an issue with the Xbox One Razer Synapse app. Updating wasn’t overly complicated but does require a PC.

The Razer Wolverine Ultimate makes an immediate statement as soon as you see it – it’s definitely a good looking controller. It features a very similar aesthetic to the standard Xbox One controller, opting for a similar color scheme. It’s essentially the same size as the Xbox One controller and weighs about the same. The biggest visual difference is the LED light that adorns the top of the controller around the larger Xbox button. The LED light has a ton of customizable options such as changing the colors or how the colors cycle which can be set up via the Razer Synapse app  – a free downloadable app for Xbox One. The face buttons are just slightly smaller than the standard Xbox One controller and the D-Pad and thumbsticks are interchangeable via a simple, yet effective magnetic system. The bottom of the controller features a hub to connect your headset, switch between controller profiles and adjusting game/chat sounds. The controller also comes with a very nice hard case, perfect for traveling. 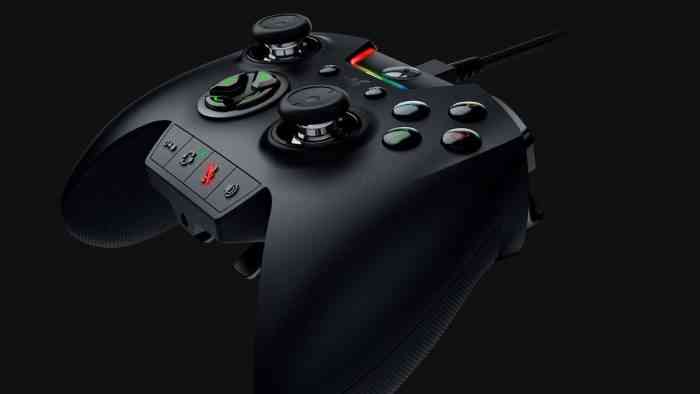 The Wolverine Ultimate features an additional six buttons from what the standard Xbox One controller offers. Four of the buttons are located on the back of the controller and two of them are placed between the left and right trigger buttons. Two of the buttons are pre-programmed to activate what Razer calls “Agile” and “Focus” – holding these buttons down will alter the way the thumbsticks react. This might seem useful when you’re looking for on-the-spot precision aiming (particularly for first-person shooters), but in practice, I didn’t find them much help. The other four buttons are pre-mapped to Xbox One’s face buttons (so you have two “A” buttons, etc). All six of the buttons and the sensitivity of the “Agile” and “Focus” modes can be remapped and tweaked by the Razer Synapse app. The Razer Synapse app will allow you to create multiple controller profiles that you can switch between on the fly using the hub at the bottom of the controller.

The controller feels silky smooth when it first rests in your hand. I immediately noticed the difference and it’s very nice. The button layout and thumbsticks all mirror the standard Xbox One controller – so you’ll feel right at home. However, the design is not without its issues. The most noticeable issue is with the left and right bumpers. The far edges of the bumpers protrude considerably higher than the standard Xbox One controllers. So when you’re index fingers are resting on the left and right triggers, you’ll feel the uncomfortable ridges of the bumpers against your fingers. I loved the thumbsticks and noticed it was far easier to press the thumbstick buttons (L3 and R3) down compared to the standard Xbox One controller (perfect for sprinting in FPS games like Call of Duty!). The other thing I appreciated was the trigger locks. Both trigger locks are independent and when activated (via two switches at the back of the controller) reduce the needed squeeze to press the left and right trigger buttons. I found locking the right trigger useful because it would allow me to shoot just a tad quicker in FPS games.

“It’s astonishing that in this day and age, a $150+ controller would not be wireless”

The worst part about this controller is the fact that it is a wired controller (remember those from over a decade ago?!). At first, I figured maybe it just required a power source, so I could plug it into a nearby USB port near my chair – nope – it needs to be connected to the Xbox One (or PC) at all times. The cord is over ten feet long, but for me, that is barely long enough for my living room gaming set-up. It’s astonishing that in this day and age, a $150+ controller would not be wireless. Keep in mind, the Xbox One Elite controller features much of the same features as this controller – but is wireless. It’s worth noting that the wire connecting the controller does feature one of those breakaway sections, so if someone (or some pet) happens to trip over the cord, the cord will detach without flinging the controller from your hand or forcefully yanking the USB out of the Xbox One. 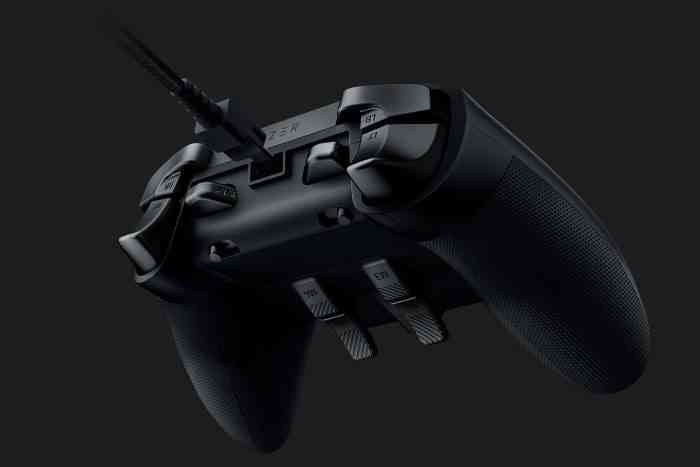 The Razer Wolverine Ultimate is, unfortunately, not as ultimate as I would have liked. The overall look and feel of the controller is decent. The option to switch out the D-Pad and thumbsticks is a nice touch and I liked the controller’s trigger locks. The extra buttons, in conjunction with the Razer Synapse app, will be handy for gamers looking for more control options. The customizable LED adds a special uniqueness to your controller that’s sure to impress – I personally like keeping it at a pulsating blue color – but there are millions of other options. There are a couple negatives that keep this controller from truly being ultimate, such as the poorly designed bumpers and the need to upgrade the firmware via PC (why wouldn’t they design the Synapse App on Xbox One to upgrade the firmware?). But the biggest disappointment is the fact that this controller is wired and needs to be plugged into the Xbox One (or PC) at all times. All things considered, the Razer Wolverine Ultimate is a worthy alternative to Microsoft’s Xbox One Elite controller. 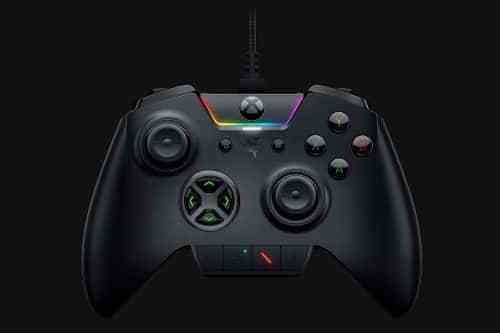 Call of Duty: Modern Warfare 2 Has Made It Easier to Spot Targets
Next Road Rage Review – Inciting the Wrong Kind of Rage
Previous Skyrim VR Review – Full Immersion in the Ultimate Fantasy World