Ratchet & Clank: Into the Nexus (PS3) Review – Can this Duo Do it One More Time on the PS3?

Insomniac Games first released the original Ratchet and Clank back in 2002. From that point on they have steadily released new instalments keeping the series alive at 14 games strong. Now with the next generation of consoles upon us, Insomniac has topped off Ratchet & Clank’s PS3 trilogy. Ratchet and Clank: Into the Nexus feels strikingly similar to the series PlayStation 2 instalments. By going back to the roots of the series, Into the Nexus has found what made Ratchet and Clank games so fun to begin with. Adding in a number of fun new gadgets and tricks, they have put out a game that is accessible, entertaining, and affordable at $30.

It should be noted that unless you have played the previous Ratchet and Clank games you may find yourself a bit lost with the story. Fortunately, the dialogue is easy to follow and is entertaining. The characters you meet during this journey are quirky and likeable. Essentially, the plot consists of a captive villainess (Vendra) attempting to unleash ethereal beings, known as Nethers, out from another dimension. 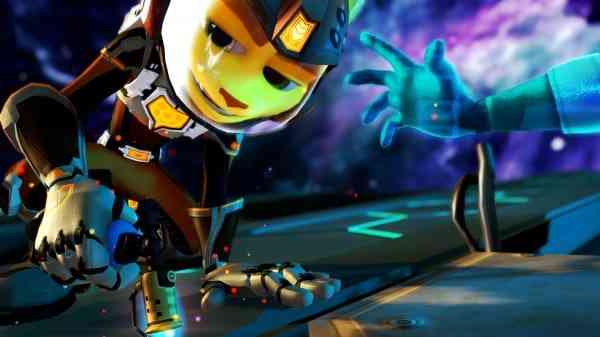 The plot eventually develops as lead characters Ratchet and his sidekick Clank travel across the universe, attempting to foil Vendra’s plot. During my time exploring this universe I was able to explore five different planets. Each planet has its own unique environment and architecture, such as a swamp planet and a planet featuring a large city. One planet is dedicated entirely to an arena-style set up too. By winning battles at this arena you can earn extra loot and perks for Ratchet. I did find that the same enemies were repeatedly popping up in each planet and fighting the same enemies over and over got old pretty fast.

Using gadgets has always been a part of what made the Ratchet and Clank series so great. Into The Nexus brings back familiar favorites and adds a few new toys here and there for some extra fun. The fantastic hoverboots make a return, and accompanying them is the brand new jetpack that lets Ratchet zip around the sky. I found that Into the Nexus pushed more platforming gameplay then past instalments. Twisting upside down and all around I was forced to use various gadgets to deal with an assortment of platforming sections. Traversing chasms and jumping from one chunk of debris to another can be very exciting, and all in all the controls are pretty solid.

Into the Nexus provides players with a sizable catalogue of weapons. Some light RPG elements are included in the game too. Typically, experience points are earned when using a side-arm; however, upgrades can be bought with Raritanium crystals. These crystals are found all over the universe. When upgrading a weapon, a branching grid appears that that allows you to modify each weapon. Upgrades available include increased maximum ammo and a quicker rate of fire. RPG elements always improve action games for me, and Into the Nexus definitely benefits in having these features. Gravity is another mechanic new with Into the Nexus. With the inclusion of a Rift Cracker, a device that allows the Clank to enter his own puzzle segments, Clank takes command. These puzzle sequences are short lived, but they are a fun diversion from the typical run and gun platforming portions. 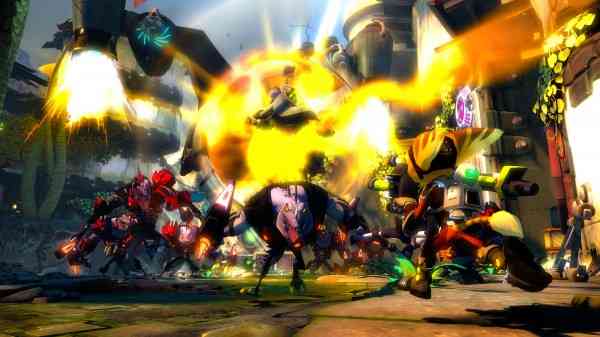 Apart from the more frequent platforming sequences, the flow of gameplay has largely remained the same as prior versions. The controls feel like a combination of previous Ratchet and Clank games Full Frontal Assault and A Crack in Time. This is a good thing as the game feels responsive and accessible. Visually speaking, Ratchet’s model looks as adorable as ever while each planet features some dazzling vistas. That being said, the game’s frame rate takes some serious hits at times. Frequently I found the frame rate to run rough as I encountered sequences where the frame rate seemed to dip to single figures during particularly busy battles.

Ratchet and Clank: Into the Nexus is decent game overall. Unfortunately, that’s as good as it gets. The game only lasts about 6 to 8 hours, and the frame rate issues really hamper some of the gameplay experience.  The regular difficulty setting is not very challenging, but there as an option to play it through on a more difficult New Game+ mode. This gives you the chance to pick up where you left off with your arsenal of weapons, while giving you a chance to unlock the incredibly strong Omega weapons. Collectibles come in several forms, but they only serve as a way to stretch the games length. All in all, Into the Nexus is an entertaining and well put together Ratchet and Clank instalment with some flaws here and there that drop the experience from good to just okay. 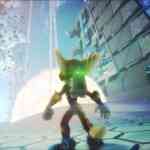 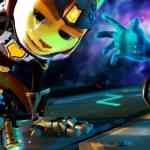 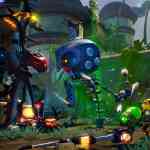 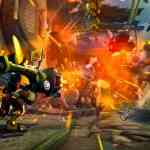 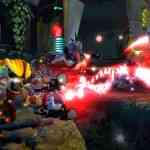 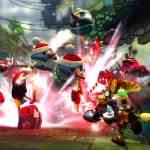 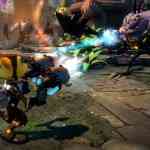 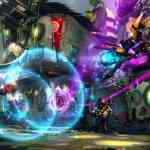 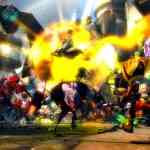 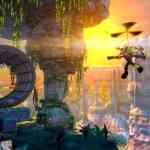 Next Super Mario 3D World (Wii U) Review – A Mario 3D Platform Game on the Wii U? Yes Please.
Previous Forza Motorsport 5 (Xbox One) Review – Is this the Start of Next-Gen Racing