Developed by Double Fine, – most known for their work on Brutal Legend and Psychonauts – RAD has that trademark cartoony flavor dripping in every corner of this simple yet challengingly addictive rogue-like adventure. You’ll start out with four of eight children to choose from for your journey, as the town elder – the only character who gets a breathing apparatus during the post-post-apocalypse – asks one of the children to embark into the wild, irradiated lands to save the town. You’ll willingly be “remade” using ancient technology that allows you to absorb radiation and mutate to become more powerful. The elder will then shred a killer tune on a keytar and that is when you should realize you are in for one heck of a ride.

Everything about this game is built with the 80s in mind and it’s done with absolute perfection. The effects on the screen as you play, the 80’s B-movie wasteland garb, their slang, hell the soundtrack is riddled with synth beats. You’ll even notice an old, somehow-functioning Pac-Man machine next to the town portal that still pumps out the classic sound effects. (A nod to publisher Bandai-Namco for that one.) Of course it’s the visuals that pop in such a fresh way that really set the tone. Characters have that Double Fine quality to them we’ve seen before, but they also carry thick, crisp lines in a cell-shading style which not only pops, but reinforces that comic book/ 80’s feel. The world itself is over-saturated with beautiful shades of blue, teal, green, and everything else that screams 80’s and it really is a truly fantastic world to wander through.

The Apocalyptic 80’s Were so Tight!

Playing as a “remade,” you’ll uncover Exo and Endo mutations based on enemies you defeat or items you uncover. These are randomly selected powers up to with three Exo powers (offensive) and a multitude of stacking Endo powers (passive) equippable in each run. How far you progress really is a matter of the luck of the draw as some Exo powers don’t quite stack up to others. As expected, death in RAD is permanent and you’ll lose all of those colorful, trippy upgrades as well as any money you haven’t deposited in the bank, so be sure to deposit that fat stack of cassette tapes that doubles as currency to build up your bank rating and unlock some perks. Many rogue-likes can feel particularly crushing when you are defeated, but the wacky nature of RAD made me regret my death for all of a minute before I was excited by the prospect of what mutations I would get on my next outing.

Death is also pretty important to the game. For all the points you rack up, none of them will be banked to unlock new content until you die. Items you can find in the field, new characters to play, quirks to unlock, even baseball bats to swing will stay hidden until you bank those points upon death. I get a real sense of progression with these unlocks, however the game tells you nothing as to HOW you get points. Killing enemies makes sense. As does activating historical idols, exploring caves, beating bosses, and touching magical plants which explode to life with fresh greenery probably help. Nothing is definitively explained which isn’t a huge deal, but it would help for those who want to grind rewards. 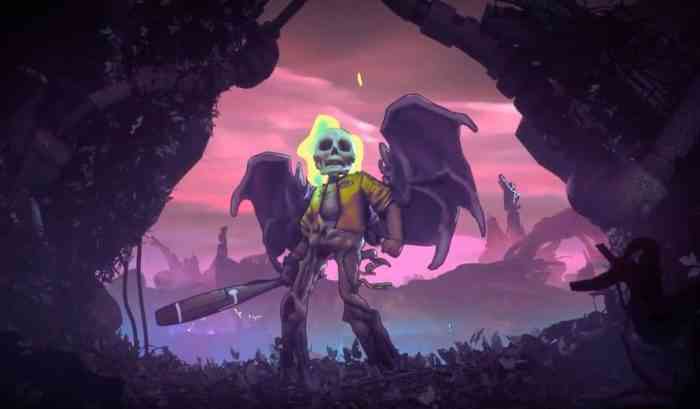 RAD wants you to not only succeed, but tailor the game into what you want it to be. Before starting a run there are a number of settings you can adjust such as more damage, more health, and even starting with a ranged mutation off the bat which – believe me – is a saving grace. You’ll also unlock quirks the more you play which can be set to make the run more difficult. The first quirk I unlocked made it so I was unable to absorb radiation points, meaning I was stuck with only my baseball bat for offense. Setting a quirk most likely increases your point multiplier but again, we don’t know that.

The last major point I want to touch on is the detail in your ability to spread life. Everywhere your character moves they will leave a trail of beautiful grass and flowers. Touching certain plants make them bloom and spread it even further. Running through the paths you have grown increases your movement speed as well, but what I enjoy most about this is that it doesn’t simply fade away. You could spend hours in one stage blanketing the world in luscious greenery and just enjoy the beauty of it all. Double Fine has made a game that is addictive, approachable, and incredibly beautiful. 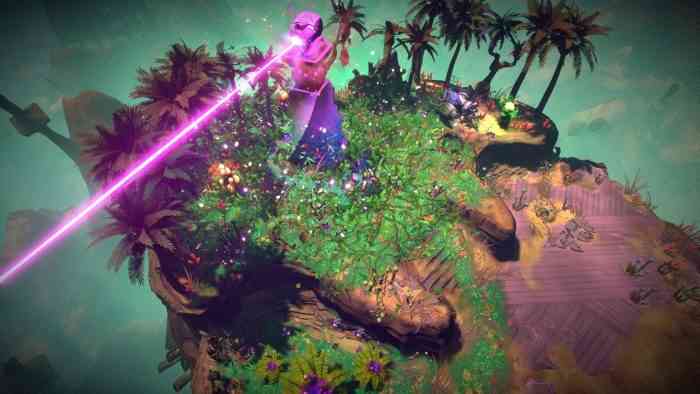 RAD is a fun, weird, rogue-like game that is incredibly approachable for all players. Whether you love the challenge of sudden death or you just want to branch out, Double Fine has made a game that caters to both sides and has fun doing it. The heavily 80’s inspired content is refreshing and quite enjoyable from the soundtrack and over-saturated colors to cassette tapes and floppy disks as currency. Every death is met with joy and curiosity as to what horrible cartoonish monstrous limbs I’ll mutate in my next run and I could easily play for hours on end. With unlockable characters, challenges, and items as you progress through the game, the only downside I find is not knowing exactly what I need to do to rack up these points, but they keep coming in regardless. There are hidden areas to discover in every stage and mysterious objects to interact with. It’s like playing a Saturday morning cartoon and I couldn’t be happier with that. 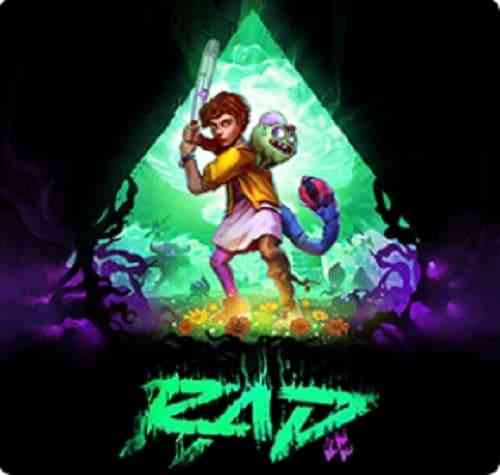 The Last of Us Part 2 Video: Compilation of Badass Stealth Kills (Beware Spoilers)
Next Forager Review – Forage Forever With This Indie Gem
Previous Friday the 13th: The Game Ultimate Slasher Edition Review – Hunt or be Hunted