Professor Lupo and his Horrible Pets is a puzzle-adventure game made to challenge you and indirectly frustrate you as well. It starts off easy, then very quickly shows you why it’s not that simple, and then lets you enjoy the difficulty of each level with something familiar and something new. It offers not only puzzles to complete, but provides an interesting narrative that leads you on a small adventure, avoiding some of the deadliest aliens alive in the process. Professor Lupo and his Horrible Pets brings us an extremely well-written and well-designed puzzle and strategy game despite some clunky controls that don’t totally ruin the experience.

You play as an intern, but not the type that’s radiant and full of hope. Instead, you assume the role of an older, balding man who is thoroughly exhausted. Professor Lupo, a space scientist and your boss, has a collection of dangerous pet aliens that he is planning to weaponize and sell. While heading back to Earth, Professor Lupo was giving a presentation on his pets and called you to act as bait to demonstrate the monsters’ capabilities. Out of nowhere, the space station falls under attack and unluckily for you, you are now trapped in the same area where all the monsters are kept. With your knowledge of how these aliens move and how to operate the space station’s doors and chambers, it is up to you to save yourself from becoming alien dinner.

The aliens have their own special moves that you will need to remember in order to survive the game. Each creature is usually wandering around in different rooms on the map that you will need to progress through, so you will need to figure out their unique movements while avoiding them at all costs. With each level, you can zoom out to see where your end goal is, which is highlighted by a blue box. While you are zoomed out, you can also play around with some doors and switches (you can conveniently control certain switches from a distance), which can help you decide on the route you want to take. Each stage comes with its own set of challenges, and there are also bonus items you can collect if you are good enough at strategizing your next move. And don’t worry about dying – you respawn quickly and you will need a fair amount of trial and error to succeed in some stages.

Moving around and controlling the Intern is simple, but only if you decide to point and click or use the touchscreen. Otherwise, using only the analog stick can be challenging as the controls are a little unresponsive, making operating even the simplest things in the space station frustrating. Point and click style controls allow this to be handled in a fairly intuitive manner though and seem to be the best way to play the game. This control style also works for the Switch both docked and in handheld, although I did prefer using the handheld more as I could utilize the touchscreen for better handling. Just one click to a certain spot and the Intern walks to the desired location; another click and the door closes behind him. Doing this was much easier than manually controlling him and struggling to keep my sanity.

The only other thing to keep in mind is the Intern doesn’t run – he walks. He’s old, give him some slack. That’s right, he walks away from deadly monsters who are scurrying right behind him like no big deal.  This makes timing your moves important because on top of figuring out which doors to open and close, you also have to make sure the Intern has enough time to get away safely. 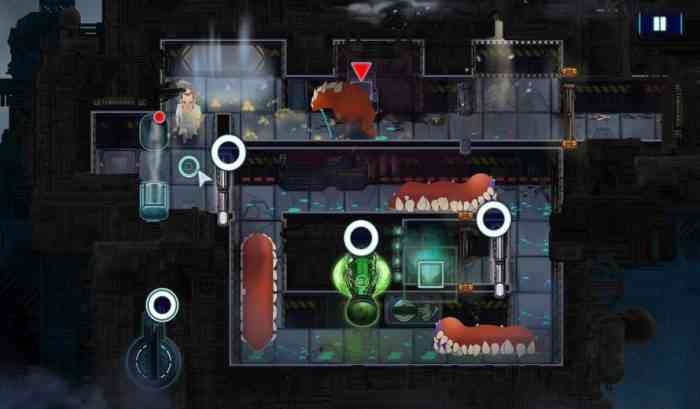 There was a large amount of detail placed not only in designing the levels and the game mechanics but also in how it looked visually and how it engaged the player. Honestly, it was quite surprising when I first heard the fully-voiced dialogue and the voices of all the characters that were introduced later on as well. Truthfully I thought Professor Lupo and His Horrible Pets was just going to be a simple puzzle game with a narrative that only served to give the game a purpose – all I needed to do was go level by level until I reached the end. But actually, there was an obvious amount of planning that went into the game that was beyond solving puzzles, and it is something I really appreciate, as I am not a fan of pointless narratives.

Professor Lupo and His Horrible Pets is anything but horrible. It is astoundingly creative with an interesting array of monsters and a touch of dark humor. The random, meaningless deaths and the sense of apathy when “running” away from monsters creates a whole new mood for the player. Some controls are questionable but you are not stuck with them as the game presents many options for movement and saving your intern’s skin. With the difficult puzzles and impressive details put into its planning, the game succeeds in providing a fun challenge suitable for anybody who is willing to die a few times to get it right.

**A Switch Code was provided by the publisher** 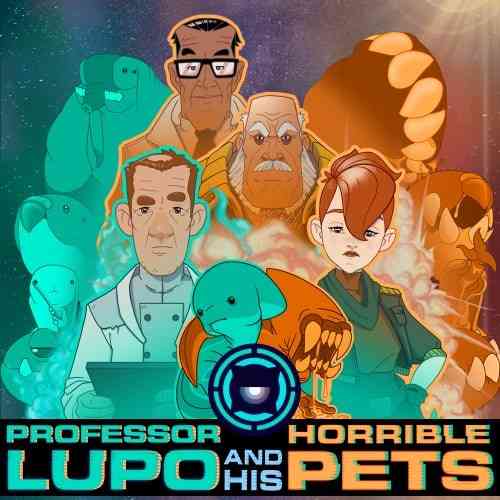