VR gaming is special in that it is much easier to be immersed in the world before you. Whether on an adventure, throwing apples, or manipulating a puzzle in three dimensions, it’s easy to get lost in this false experience. I was curious yet admittedly skeptical of Prison Boss at first, not knowing quite what to expect. That is until I saw the opening tutorial on how to craft and how crafting is bad, so watch this demonstration on how to craft so you know what NOT to do. I watched this all while fiddling around with my comically-oversized hands and immediately knew I was in for a much lighter tone than I expected, one that would no doubt take me on a slapstick ride.

So here you are, you have landed yourself in the big house with nothing to do but wait out your sentence, right? Wrong! Everyone knows you need to keep those hands busy, so why not make a little dough on the side? In Prison Boss, you’ll be spending your nights making contraband in your cell while keeping an eye on the guards that patrol the halls. If they spot any illicit goods – even crafting materials – they search your cell and take whatever they can find! It’s a simple enough concept but the execution is done surprisingly well. Each day, an inmate will approach for you to sell your crafted goods and allow you to purchase more crafting materials to meet demand. Need to make five smokes and some “love letters”? You better have a pencil, sheets of paper, and tabacco ready to go. You can also buy furniture to dress up your cell and make new hiding places for all those goods.

Getting Rich, One Love Letter at a Time

Ultimately the goal is to have crafted and sold enough goods to make your escape within ten days. This means managing your income, selling as much as you can to unlock recipes, and doing your best not to get caught. I quickly had a system down where one drawer held my pencil and pages for letters, a different cubby had my tabacco and ripped pages for rolling cigarettes, and the locker I bought was in the perfect place to quickly dump my crafted goods. The night cycle doesn’t last too long, but in the early stages of the game you’ll find you don’t need even close to the full time to craft everything you can. Getting down a rhythm for the numerous kinds of contraband you can craft feels so good. 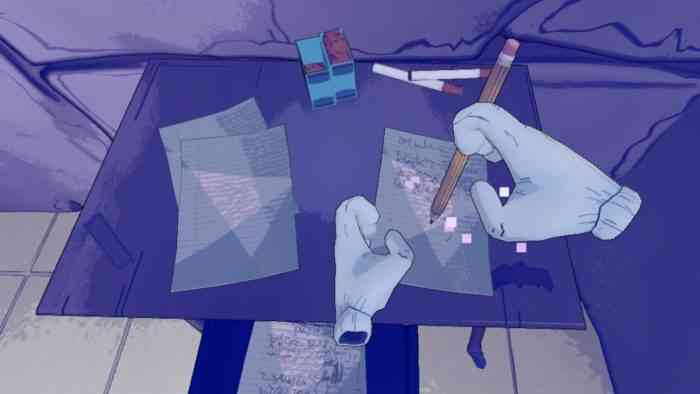 I found myself really enjoying the aesthetic and simplicity of the game, giving me nostalgic memories of the Shawshank Redemption and other prison films, but much like being in prison, Prison Boss doesn’t lay out the rules very well and makes you figure it out as you go. Beyond the basic tutorials of how to craft, there really aren’t any explanations on what to do, where to look, and how the game functions. It’s all trial by error. I had no idea that just pointing in a direction could have me toss a held item in that direction rather than physically throwing it. I didn’t know there would be multiple “final” crafting options for your escape from prison. I didn’t get any explanation at all as to how to read the menus and instead had to sit and really think it over. It’s such a small thing to be missing that would really go a long way for new players. A few text bubbles or simple instructions would greatly enhance the experience.

I also found there were a few odd context connections between my hands and the items. I would have liked if they snapped into place a little more solidly because as it stands to comfortably hold say a sheet of paper I either need to put it down and pick it up frequently or try to pass it between my hands. It isn’t game-breaking, but it could make for some awkward hand positioning when trying to race against the clock. By the end of the stage I had wads of cash, a furnished cell, and I felt like I was a big… well, small-time crime boss but it was such a great feeling as you glare at the guards and try to hide your stash. Nothing prepared me for how satisfying it felt to break out of prison, and I won’t spoil what happens here, but it felt so good. 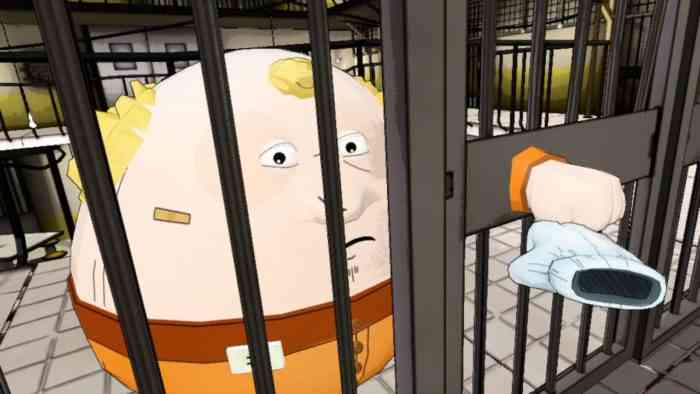 Prison Boss is a delightful and surprisingly relaxing VR game, perfectly optimized for people who prefer seated VR (although you can also play it standing in which the cell grows to the size of your play space). The art style and cartoonish design is charming and despite not having much to see, it feels very immersive. I found the lack of tutorial on how the menu and objectives worked to be a bit of a letdown, but it isn’t a big enough issue to make it unplayable. I would definitely recommend this as a starter game for those just getting into VR as it isn’t overwhelming, but it highlights the functions of a VR game. Playing through a stage takes a comfortable amount of time and it really is just a blast to play. I hope to see those tutorial options added in but as it stands it is still a smooth and charming VR experience I’m happy to keep playing. 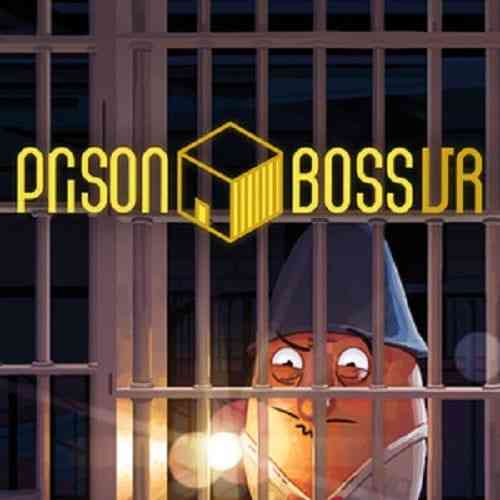 Hohokum Review – Peaceful PC Puzzler Port
Next Unto The End Review – Trudging Through the Wilderness
Previous Phogs! Review – Charming Puzzle-Adventure for All Ages