PowerA has been in the accessory business for a little over a decade now and has been steadily building a solid reputation for their 3rd party accessories. They create controllers, among other accessories, for every major console – and sell them for a price that is often far more accessible than most first-party accessories. I’ve spent the past week with their latest controller, the Fusion Pro Wired Controller. This particular controller was designed to work with the Xbox One, Xbox One X, and Windows 10 PC, however, it also works with the Xbox Series X. This controller is designed to provide pro controller qualities, like trigger locks and rear paddles, for a price that is far more affordable. Does it hit the mark? Let’s find out. 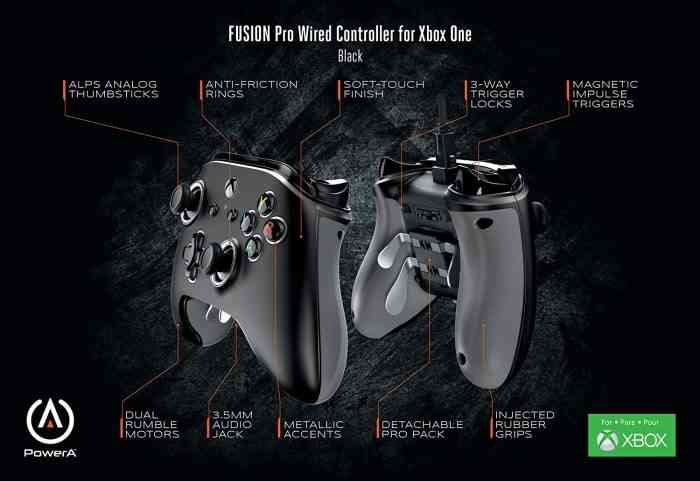 Unboxing the Fusion Pro Wired Controller was a delight in itself. You immediately get the impression that PowerA gives a damn about this product. When you first open the case, you’re greeted with a handy carrying case for the controller. Inside the case, you’ll find the Fusion controller, already assembled, with a few optional attachments in their own special slots. The Fusion is a wired controller, and the detachable wire was located in a mesh nest inside the case. Finally, underneath the carrying case is a small packet that includes some sweet stickers and a handy user guide.

As soon as I gripped the Fusion Pro Wired Controller, I instantly fell in love. I have no idea what type of material they’re using on the face of the controller, but it just feels so delightfully smooth. The shape of the controller is identical to the Xbox Series X controller, but it definitely feels heavier than the official controllers – even without the optional Pro Pack paddles attached. The buttons, thumbsticks, and d-pad all have classy metallic accents circling around them – providing a distinct and sophisticated look. You can even change the metallic accents around the thumbsticks to a green color – a nice touch for customizing.

The controller features a number of optional attachments including Pro Pack paddles and replacement thumbsticks. The Pro Pack paddles install in seconds and will provide gamers with four additional paddle buttons at the back of the controller. These four buttons are programmable, allowing players to assign any controller button to them. For example, in Call of Duty Black Ops: Cold War, pressing Left on the D-pad will call-out whatever you’re looking at, whether it be an enemy, a trap, a weapon or a location. I programmed one of the rear paddles to function as Left D-pad and it allowed me to call-out much faster than pressing the actual D-pad. Unfortunately, the Pro Pack paddles won’t allow you to program strings of commands. So, if you’re a Street Fighter fan, you won’t be able to program a paddle to easily perform Ryu’s Hadoken or Vega’s Sky High Claw. I really liked how each Pro Pack paddle could be removed if they’re not being used. I removed the bottom two, allowing me two additional buttons while then being able to rest my remaining fingers on the back of the controller more comfortably. As for the replacement thumbsticks, one is a shorter, concave thumbstick and the other is a longer, convex shaped thumbstick. I’m happy with the default thumbsticks, but having options is always a good thing.

There are some downsides to this controller. I mentioned earlier just how delightfully smooth the controller’s face felt, unfortunately, it is also a grease magnet, and I noticed finger smudges on it immediately. It doesn’t detract from the performance, it just looks kind of gross at times. Another downside is the lack of Share button. While this controller was designed with the Xbox One in mind, it’s a shame PowerA didn’t have the forethought to add a Share button as the controller works with the Xbox Series X/S. And no, you can’t program one of the Pro Pack paddles to act as a Share button. Another Xbox Series X/S limitation is the inability for it to turn the new consoles on by pressing the large Xbox button in the center of the controller. It works on the Xbox One, but for whatever reason, you’ll need to get up and manually turn your Xbox Series X on. Finally, the last issue is more of a testament to my gaming room, and not really the controller. The three meter cord doesn’t quite reach from my Xbox Series X to my couch. For my review, I had to move my couch closer to the TV – not exactly ideal. For me, it’s a deal-breaker – but if you have a smaller gaming room, it might not be as much of an issue. Plus because it’s wired, no more worries about batteries and there should be less input lag too. 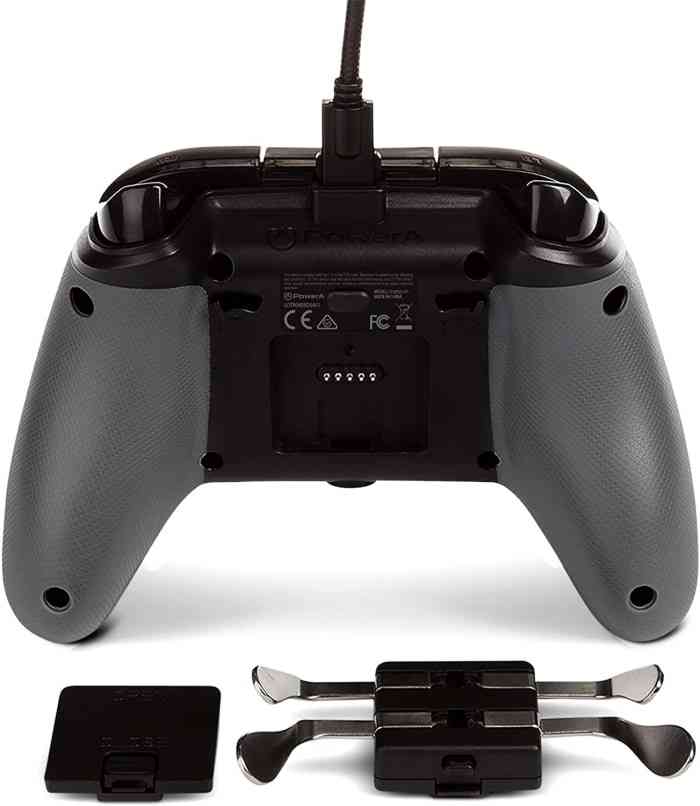 I really like the PowerA Fusion Pro Wired Controller. It has all the features that I might use with a pro controller, namely the trigger locks and rear paddles – plus I love that I can remove two of the rear paddles so my fingers can rest comfortably on the back of my controller. The controller feels great to the touch with a nice heft to it, but unfortunately, the controller’s face is prone to greasy smudges. The three meter cord isn’t sufficient for my gaming room, the controller won’t turn my Xbox Series X on, and the controller lacks a Share button. For these reasons, I can’t imagine using it for my console gaming. However, I will definitely be using this for my PC gaming, it’s a nice replacement to my current Xbox 360 wired controller. If you can overlook the couple flaws this controller has and if your gaming room can accommodate the length of cord, than I would definitely recommend this controller. Especially if you’re looking for a controller with pro-style features, but at a more affordable price than what first-party accessories often sell for. 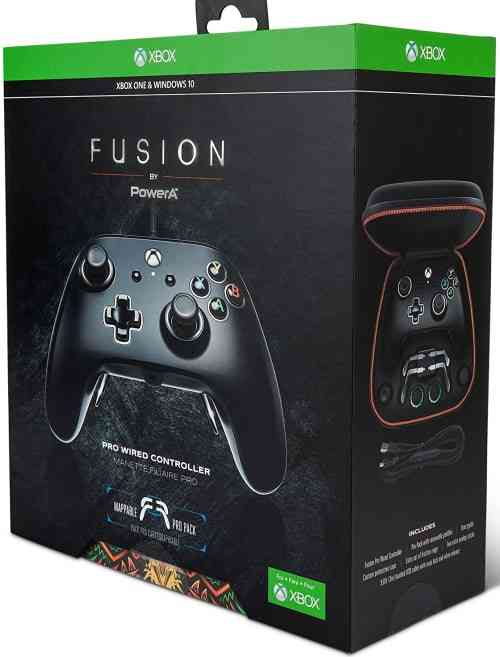