Pinball FX3: Bethesda Pinball Review – The Best Way to Recover From an Arrow to the Knee

When it comes to making sure players enjoy their games in a multitude of ways, Bethesda doesn’t mess around. Doom, Skyrim and Fallout 4 have made their rounds from their traditional format to VR and now to pinball form as well. The latest release has that trio of properties coming to Zen Studios’ Pinball FX3 for the Nintendo Switch. Quite possibly the best platform to experience Pinball FX3, the Switch adds these three tables to it’s expanding roster. So is the Bethesda Pinball DLC worth adding to your collection?

Let’s start at the top with the best table available: Doom. The table includes a good mix of elements making it a classic case of easy to play, hard to master. The skill shot is extremely easy and a good confidence builder for novice players, it’s all about timing, not power. Once on the playing field, the distribution of lanes, ramps, and other obstacles make it at least feel like you’re always doing something positive, even if you really aren’t. But what would Doom be without some demon killing? The missions provide that missing, pew pew, option. They offer up a good challenge, while still making it fairly obvious which objective needs to be completed to beat the mission. If there is one frustrating area to the table it’s the fact that there is only a single in-lane on each side. If anything, this will force you to finally consider adding a few table bumps to your repertoire.

The Detail Just Sucks You in

Coming in a very close 2nd place is the Skyrim table. This table takes the RPG aspect to the extreme. From character creation to leveling, quests, items, dungeons, and missions it’s all there. And when I say it’s all there that includes plenty of menus as well. It’s very easy to get sucked into all the non-pinball aspects on this table as they’re entirely engrossing. Where something like Epic Quest manages a good balance, the Skyrim table is so RPG heavy that at times you may even forget that you’re playing pinball at all. The pinball portion is moderately difficult and yet still has plenty of RPG. When battling there is even a stamina bar, along with a health bar, that will drain and make for some weak flipper hits. And don’t cradle the ball for long or it will go nowhere at all. Besides being possibly overly skewed towards the RPG end, the only major issue with the table is being able to launch a ball directly in the out-lane without even touching anything on the table. I managed to do that very thing five times in a span of two games and if that doesn’t count as a skill shot I don’t know what does. 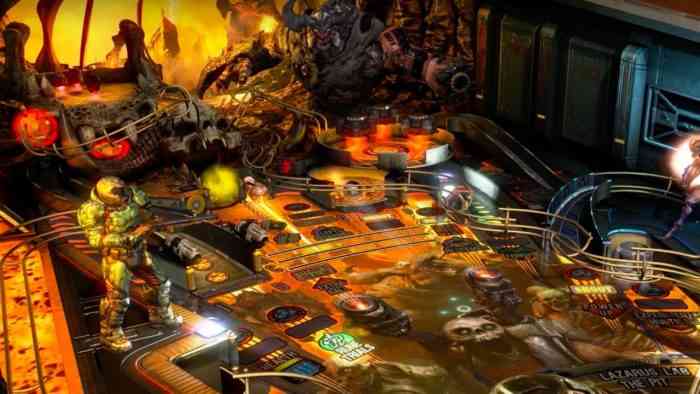 Finally, we come to Fallout 4. While it may be 3rd out of three tables here that doesn’t make it bad, it’s just not the same caliber of good as the other two. The table does come with some RPG elements, but it’s nowhere near as encompassing as Skyrim; player progression from one game to another would be nice here for example. The missions and information tend to be either easy to miss or hard to follow just what needs to be done. I actually spent the most time with this table and I don’t recall ever surviving through a vault, mainly because either I wasn’t able to figure out where to shoot the ball and/or because it’s not a particularly easy table set up either. There is a lot of open space on the table and most of the elements are packed further back. It requires a lot of precise flipper action to get just what is needed. While this is the table that I had the highest scores and overall rankings with, it just wasn’t as fun as the other two.

So overall, the Bethesda Pinball DLC is an excellent pack of tables. Either one of the Doom or Skyrim tables is good enough to make purchasing the DLC worthwhile on their own. The Fallout 4 table is good, just not a seller on its own. Luckily, that doesn’t much matter as all three come together. Doom is certainly one of the top tables available on the Switch right now. Individually the pack includes two tables that are easily a 9/10 and one that’s an 8/10. That’s hard to beat and makes this one DLC you should own.

***Switch code provided by the publisher *** 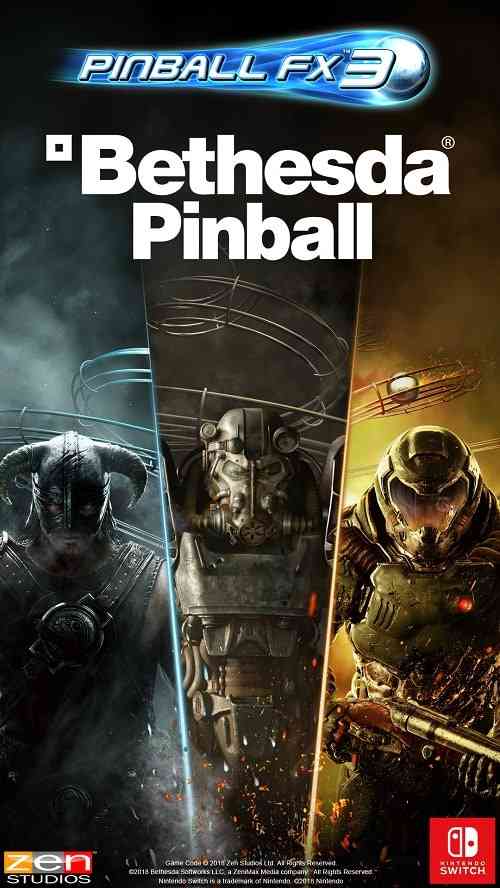 Zombie Rollerz Launches Itself Onto Switch and PC Today

Zombie Rollerz Launching Onto PC and Switch This March