FARHOME Review – Farther Away From Originality

Newly released onto Steam Early Access, FARHOME is a VR shooter that aims to deliver the Starship Troopers experience of battling hordes of bugs in space. However, FARHOME doesn’t stop with just Starship Troopers, it also draws clear inspiration from many more properties, like Lone Echo and Doom. Rather than a cohesive whole, FARHOME plays like a collection of distinct parts that don’t mix, with each part failing to live up to the source it pulls from.

In its current state, FARHOME has only four missions. Missions are linear and, with the exception of one, can be played entirely in two-player online co-op — though I wasn’t able to find any players. There is no clear narrative tying the missions together. For the most part, you’re tasked with visiting various alien planets and eliminating a lot of bugs. There is certainly fun to be had in the combat, but it quickly becomes evident how derivative FARHOME feels. Missions themselves and the enemies encountered echo established properties, often to such an excessive degree that one can’t help but draw comparisons.

In the first mission, Rescue, a settlement is under attack and some settlers have gone missing as a result. This section is oddly reminiscent of the random encounters in the VR space sim From Other Suns, a comparison strengthened by how Rescue also begins with you on a spaceship waiting for the teleport pad to power up — an idea that is inexplicably dropped on subsequent missions. The enemy bugs simply rush you head on and have very little in terms of intelligence. Since they lack any discernible weak spots or weaknesses, the strategy to defeat them is always the same: shoot until they drop. It’s all rather mindless. I found that if I stood on a crate, the enemies couldn’t even touch me at all.

Another mission, Life Form, introduces a massive boss insect. I was both terrified and thrilled when I first saw the beast, but that feeling faded when I was told that I don’t get to fight it, at least not directly. Bullets don’t deal damage to the boss, so you must instead lure it to orbital strike zones in the area. The timing and the location of the strikes cannot be controlled by the player, making this an exercise in frustration. Nevermind the fact that the boss looks like it was taken straight out of Farpoint, it also moves around painstakingly slowly. Getting it into the strike zones is not fun or challenging, it’s a test of patience.

FARHOME takes a strange turn in New Energy, where the insects you’ve been fighting are, without warning, replaced by blaster-wielding bipedal monsters. Coupled with the volcanic setting and the alien artifacts you’re asked to locate, it feels undeniably Doom -and that’s not a compliment. Here, the level design is ill-suited to handle this change in enemy behavior, putting you in a wide open area with little cover. Needless to say, I was baffled by this sudden switch in gears. The shotgun I had brought was rendered useless against the new enemies, and there was nothing I could do besides restarting the mission with a different gun.

The worst the bunch is Silicon, a mission that closely mimics Lone Echo. Set on a derelict ship, you embark on a ridiculous quest to restore its systems. Fixing one broken component only leads to another, and so on. As the bulk of this mission takes place in zero gravity, your main method of traversal is through a booster wristband. For right-handed players, Silicon is almost unplayable because you are only given — and it’s on the left hand. Run out of booster fuel and you’ll have to push and pull off of the environment to continue, which is, strangely enough, also accomplished with the left hand only. If all that sounds familiar, it’s because this is the same locomotion scheme employed by Lone Echo. Only FARHOME is missing a level of quality that is necessary to make zero gravity a natural experience, resulting in a mission that frustrates more than it entertains. 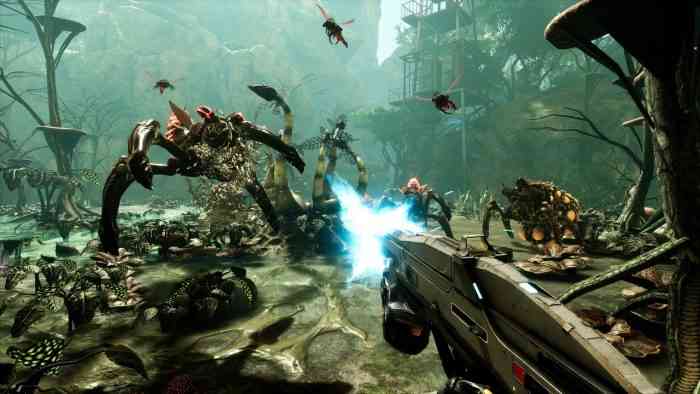 On the weapons side, though there are only seven guns in total, each packs a satisfying punch and handles uniquely from the rest. The shotgun, for example, can be charged to fire up to six shells at once. You can carry an additional heavy weapon, like a gatling gun, but its placement in your inventory slot is so temperamental that I was never able to pull it out in battle when needed. There are also a small variety of special abilities to play with, but they don’t impact gameplay in any meaningful way, and instead feel like filler that don’t belong.

FARHOME deserves praise in the controls department, for allowing both teleportation and smooth locomotion. These options are not binary, and can be used in conjunction. Teleportation works wonders in getting you out of trouble, while smooth locomotion helps with making minor adjustments. One caveat is that the control scheme goes against video game tradition; camera control has swapped places with movement control. Rotate with the left hand and move with the right. It takes some getting used to, but developer DEVCUBE STUDIO has stated on the Steam forums that this will be fixed in a future update.

FARHOME seems to suffer from an identity crisis. It tries to do something radically different with each mission, but doesn’t stick with one idea long enough to generate anything of interest. If the present is any indication, then FARHOME has a long way to go if it wants to compete in the VR shooter market. There are many issues to be addressed, with the biggest one being a lack of originality in the content. At this point in time, one is better off replaying the games that FARHOME borrows from. 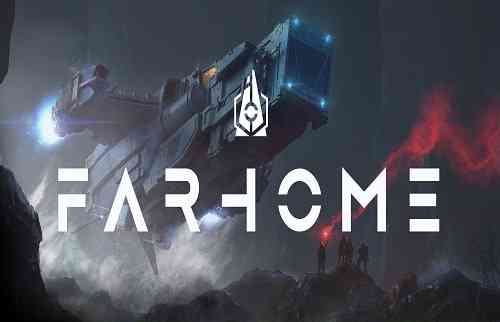 Celebrate New Years Eve in VRChat
Next Pinball FX3: Bethesda Pinball Review – The Best Way to Recover From an Arrow to the Knee
Previous Manticore: Galaxy on Fire Review – An Enjoyable Yet Clunky Jaunt Through Deep Space