There is so much content in Pillars of Eternity II: Deadfire that one could literally spend weeks just documenting what it is all about and all the ways one can go about how the game can be played. The task of this review is to condense down all the fantasy RPG content that the developers at Obisidian have crammed into this game. POE2 is set in the world of Eora, first introduced in the original POE game. You play the game as the character known as Watcher. Prior to the events of POE2, you took on a near immortal being – Thaos Ix Arkannon – who had perpetuated a plague after the fall of the god – Eothas. Though you were successful in defeating Thaos, the conflict took your mortal life and your soul has moved to the astral plane of The Beyond. Your quest appeared to be over but the god, Eothas, has been resurrected and it is your duty to dispatch him. You are resurrected and tasked with following Eothas out into the world.

In POE2 the world is expanded as you leave the mainland and sail through the Deadfire Archipelago. Magic exists in this world in the form of soul-channeling adra crystals. POE2 expands upon this magic with the addition of luminous adra, found only in the Deadfire Archipelago. This variant of the adra crystal is so powerful, it glows and can affect weather. This, and other properties, makes luminous adra a much sought after commodity. 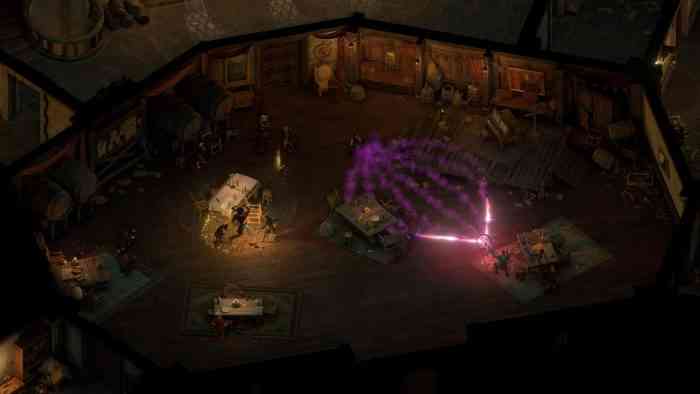 Created with the Unity game engine, Obisidian has heavily customized the engine to push it to its limits. The experience gained from crafting the first POE game has been put to use to make this game explode with dynamic backgrounds. The POE games are crafted to look like tabletop roleplaying games by placing 3D character models within hand-painted 2D backgrounds. Not only does this melding of art methods recreate the tabletop view but it allows for lush, rich, and detailed screens as can be seen by the accompanying screenshots. In POE2, the backgrounds come to life as trees and foliage sway in the wind, creatures scurry about, and cloud shadows move across the landscape.

POE2 looks great, but great graphics does not necessarily make a great game. The news is good here, as Obsidian has based the game on Dungeons and Dragons rules, a widely accepted standard for fantasy role-playing games. Upon these rules, POE2 supports two types of combat: Real-Time-with-Pause or Turn-Based-Combat like the grandfather of CRPG gaming, Baldur’s Gate.

Flexibility is the keyword here. The game allows the player much freedom in tweaking the settings to give them a gaming experience tailored to their preferred tastes. This includes character and world customization. You’ll be travelling by sailing ships and will be able to name your ships and see those names on the sides of your vessels. Like a true explorer you’ll be able to name islands and have those names show up on maps too. Character leveling up is not restricted to winning combats but also questing. You can advance a character just as easily by sneaking around or talking your way past enemies. 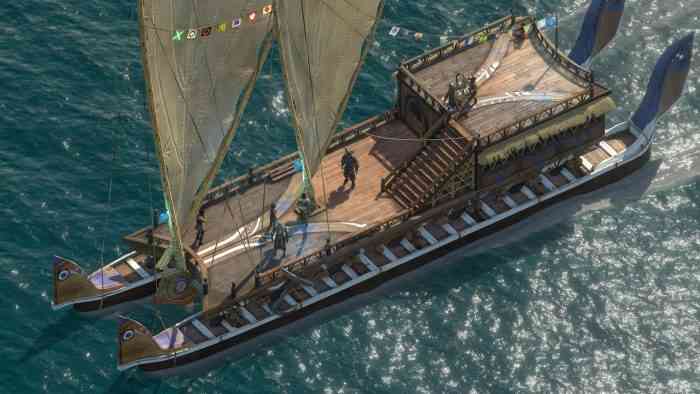 Obsidian has also tweaked the camera POV to keep it centered on whichever character the game is focused on. Your treatment of the 5 NPCs that make up your party is also factored into the gameplay and is modified based on your companion’s beliefs and their own personal interests. Relationships will evolve and change over time; friendships will be deepened or broken and falling in love is also a possibility. Speaking of the other characters — be they friend or foe — you can customize how much manual intervention you desire versus automation of actions.

To accommodate all these extended features, Obisidian has expanded the character level cap from 12 to 20. This cap increase allows for expanded skills, abilities and also supports multi- and subclasses of characters. Progression for characters is accomplished by exploring the world, questing, fighting and most importantly, making choices. A significant portion of POE2 also deals with ship management and combat. Combat not only includes ship-to-ship battling action but also deck-to-deck, which plays out the same as the choice of combat the player made for land combat. This is a whole new dynamic not found in POE.

To further immerse the player in the game world, the game does not skimp on the audio side. POE2 has twice the orchestral music of POE, clocking over 90 minutes plus an additional 30 minutes of sea shanties arranged by Nils Brown, who did the music for Assassin’s Creed: Black Flag — another game heavily focused on naval gameplay. Add to this that all the conversational dialogue is voiced and you’ve got a staggeringly large audio canvas. 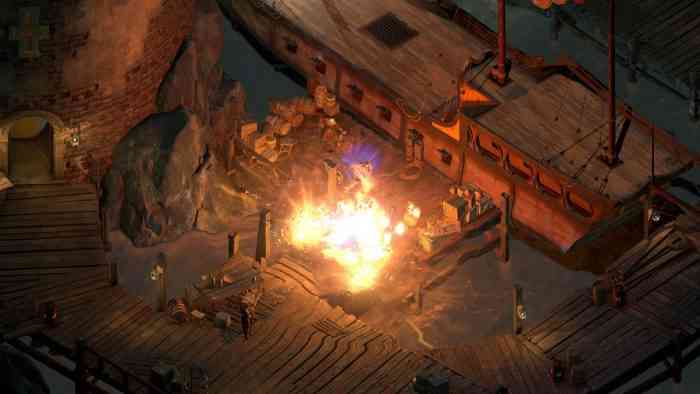 This edition of POE2 contains the three major DLCs created for the game: Beast of Winter, The Forgotten Sanctum, and Seeker, Slayer, Survivor. Further to those expansions, POE2 includes a host of quality of life perks too numerous to name as well as all the free DLCs too.

All in all, a staggering amount of content and the port from PC to PS4 is accomplished with nary a beat, and menu navigation is handled as well as can be done when moving from mouse and keyboard to the Dualshock. However, one area of concern is loading times. Consoles are notoriously slow at loading games or in-game saves, so a game like POE2, which comes with huge world maps and tons of variables, does not make for quick loads. PS4 owners will definitely suffer from interminable loadings, but PS4 Pro owners will fare slightly better.

Pillars of Eternity II: Deadfire is a beast of a game. The amount of content is staggering, and one can definitely play for hours and hours. Obsidian has gone extra miles to create an immersive fantasy RPG adventure and truly delivered. You are in for a deep experience but, caveat emptor, you will have to dedicate yourself to learning not only the intricacies of Eora but of POE2’s gameplay mechanics.